Eve was quite a lady 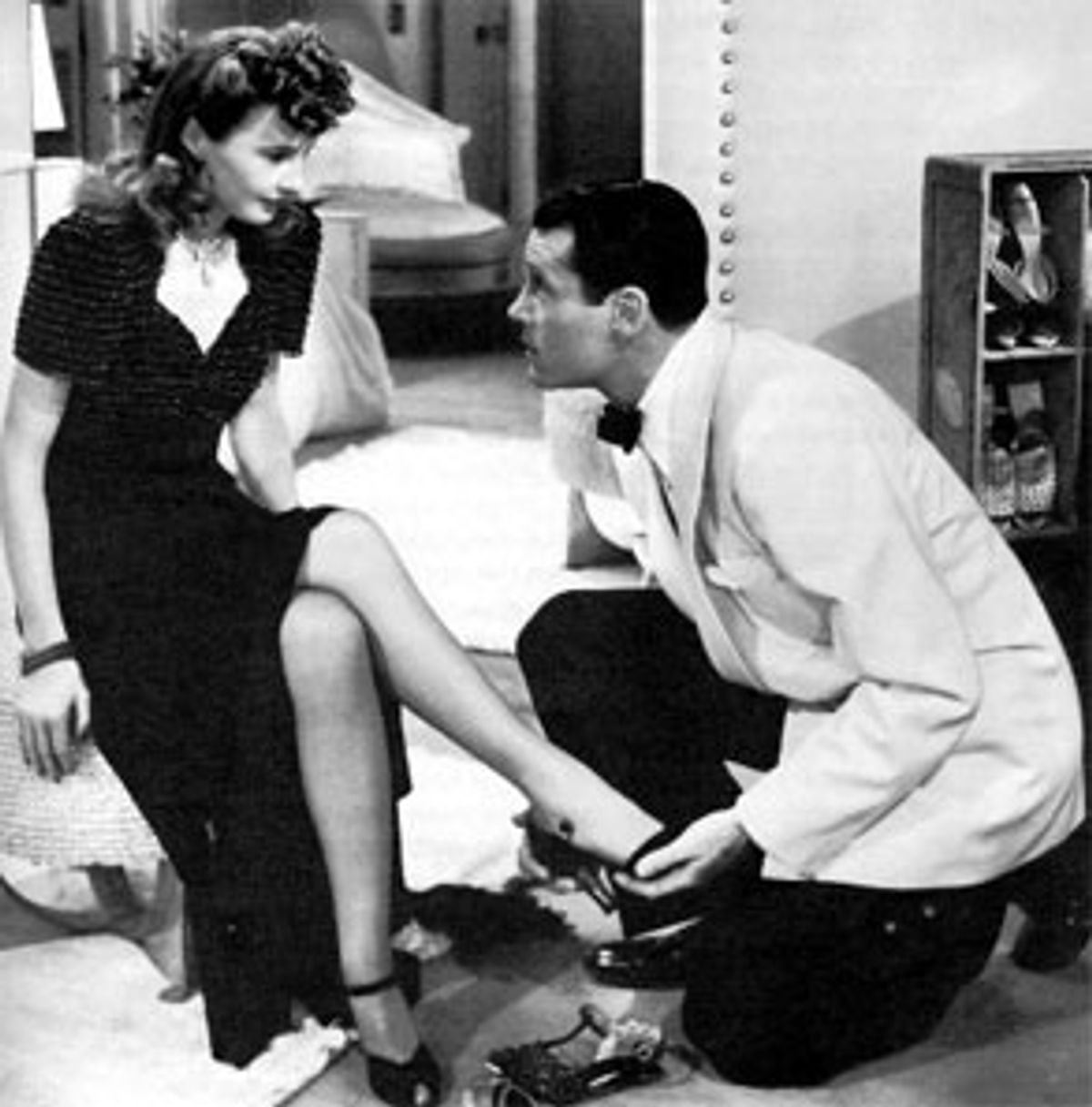 Where would the inanely rich and society's audacious confidence tricksters meet but on an ocean liner, dawdling its way through the still, warm seas? Call the ship the Southern Queen, on its way to New York. Let the rich idiot be Charles Pike, the son of the Pike beer fortune, a rather glum stalwart of the closed mind, and a fellow who has been up the Amazon for a couple of years (or is it all his life?) assisting in research on rare snakes.

There is a prelude to "The Lady Eve" that teaches us how to think about snakes -- and it's rather anti-scientific. In the comic-book style of the very brief credits, we gather that Eve is womanhood, the fruit of the tree is delectable knowledge, while the snake is a smiling smartass who manages to get stuck trying to slide through the "o" in Preston Sturges (did you ever think of getting stuck that way?), and then slides off with the ring on his plump shaft, as if to signal marriage.

Charles Pike has a pet snake (Dr. Freud could not sail on this ship, but knowledge is everywhere), a rather tame little softie that lives in a box and can be fed flies or cockroaches. It's not a snake in the grass, just a snake in a box. However, the idea of this snake is the one thing that shatters the sang-froid of Jean Harrington -- lady, Eve, adventuress and card sharp -- who picks up the limp Pike.

Charles is Henry Fonda, Jean is Barbara Stanwyck. The film is "The Lady Eve," released in 1941, and written and directed by Preston Sturges. As Sturges cast his picture, Fonda had just played the two essential noblemen of his young career -- Tom Joad in "The Grapes of Wrath" and Abe in "Young Mr. Lincoln." Those were movies in which his slightly gangly, slack-kneed way of walking embodied integrity, perseverance and all things wise and honorable. It is an early clue to Sturges' subversive genius that he should therefore cast Fonda as a learned simpleton likely -- again and again -- to be tripped up, and fall flat on his face. Charles Pike plays so many scenes on less than his feet.

Straightaway in one of the lounges of the Southern Queen, Jean observes the way in which Charles is stupidly approached by all the eligible young women on board. It is at the climax of this process (and of Jean's sardonic running commentary) when she trips up the goof as he passes by, and she does it in such a way that, while he sprawls into a passing waiter as if the man were a swimming pool, she contrives to have him snap the heel off one of her sandals without scratching her fine ankle.

This is all she needs to scoop him up and have him escort her to her cabin where he can replace her sandals. I should add that she wears a black evening dress, with a split skirt and a narrow line of bare midriff. He wears a white evening jacket. These costumes are all by Edith Head and are hardly chance, for once in the cabin Jean decides that, really, if he's to serve as her shoe slave, he must be on his knees while she sits. Thus there is a tight two-shot, a very pretty arrangement of black and white, in which the diagonals (so to speak) are bridged or married by the slight, graceful but intensely suggestive swaying forward of the gray, nacreous shape of her exposed leg, swinging up to be shoed, but pushing against his white jacket like a surgeon's knife edging into the brain.

If you watch the film a few times, you may notice -- and I say this without any disapproval or horror -- that Jean's provocative leg resembles, or evokes, nothing so much as a well-fed yet ravenous snake.