What Penthouse taught us

A former Hustler editor celebrates the now-drooping skin mag that taught American lads that a nasty girl with a B cup could be hotter than Hef's mammoth-meloned innocents. 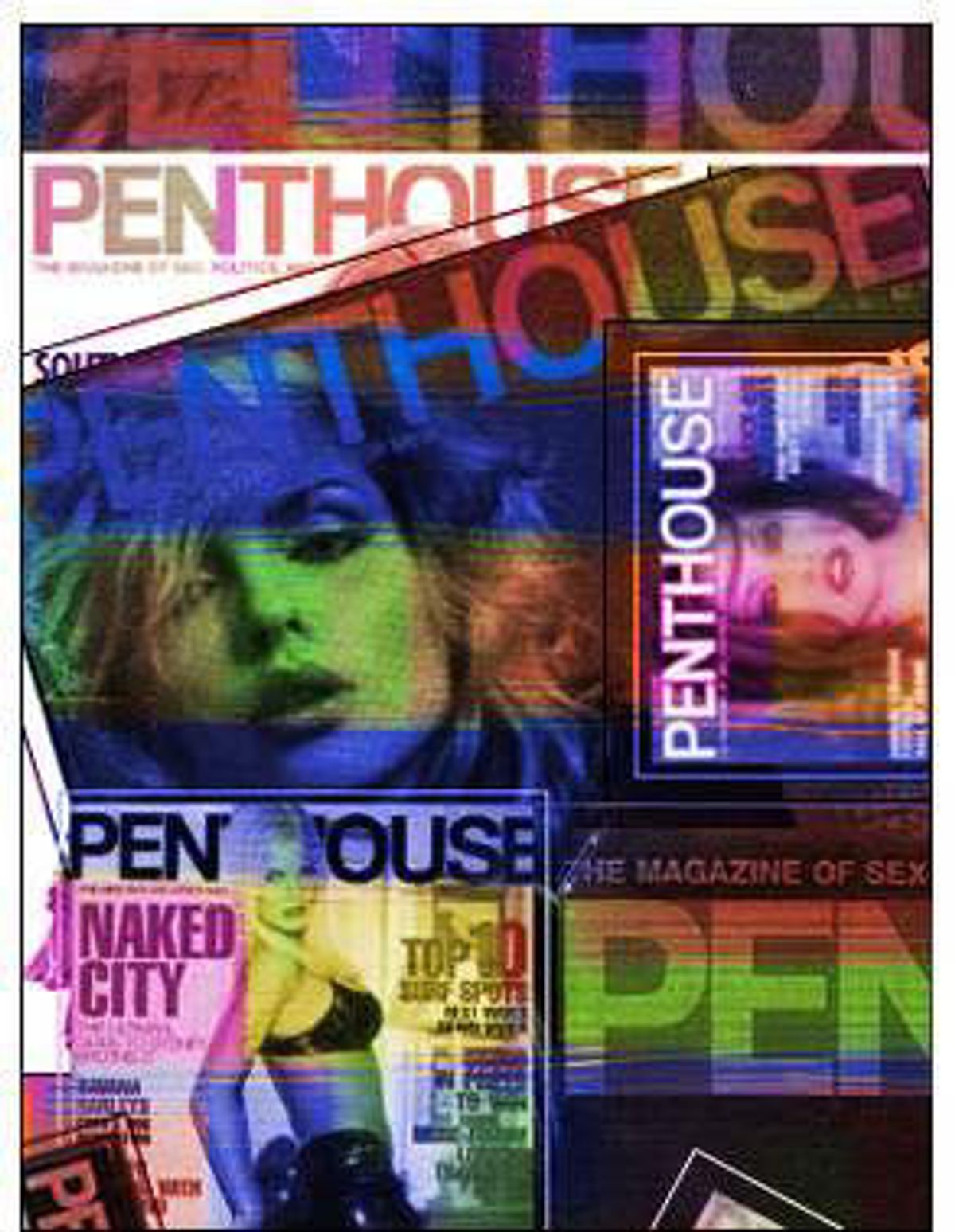 Reports that Penthouse boss Bob Guccione may throw in the towel and literally stop the presses at his venerable strokebook are alarming: Can it be that glossy print pornography is headed for oblivion, like "burlesk" and 8-page dirty comics? Are DVDs, the Internet and, of all things, those awful rags featuring tattoos, skateboarder duds and pretty gals in thongs replacing the T&A books that helped millions of chronic masturbators -- myself included -- through our youthful years?

Guccione claims his 37-year-old publication is millions of bucks in the hole and selling only 650,000 copies each month -- down from a high of 5 million back in the good old days of print onanism. He recently told the New York Times that "there is no future for magazines such as Penthouse."

Call me sentimental, but I'm gonna miss Penthouse. Not that I buy it anymore. I don't even pick up Hustler, the magazine where I spent some happy seasons as executive editor nearly a quarter-century ago. Hustler's motto, by the way, used to be "For the rest of the world" -- that is, guys who found Penthouse and Playboy effete. Before Hustler, the choice was between the girls next door with gigantic tits in Playboy or those with smaller breasts in the slightly kinkier Penthouse.

Hustler has always touted its hard-hat-wearing, lunch-pail-carrying blue-collar clientele. And true, we tried to be crude and tasteless in cartoons and other humor sections, and we presented the models as neither sophisticates nor the girls next door. Our Hustler Honeys were more like the hot little number down at the bar who'd likely give you a blow job out in the parking lot if you'd buy her a couple of beers.

Hustler was a breakthrough of sorts in the smut biz. Larry Flynt's genius, as I figured out after some months of his tutelage, was in doing something different each issue, something sexier, something even more outrageous than he'd printed the previous month. And I'll always remember the wise advice he cackled at me in his back-country Kentucky hillbilly drawl: "Lee, always put a pretty girl on the cover of your magazine!" He pronounced "put" "putt."

Although he never admitted it in my presence, I suspect that for all of his bluff and bravado, Larry was for a while a bit jealous of Guccione and of Playboy czar Hugh Hefner. In fact, Guccione was bound and determined to prove that Larry was jealous enough to be out to get him, to discredit him, in the pages of Hustler. You have to miss that kind of competition between skin mag dudes.

I spent one of the most miserable weeks of my life in Columbus, Ohio, described as "the city of seven flat places" by the Hustler editors who'd left there for the West Coast when Larry moved his operation to L.A. I was there to testify in the trial of Guccione's multimillion-dollar lawsuit against Larry, claiming that Flynt and Hustler had invaded his privacy and libeled him.

I seem to recall that after a half day grilling me on the witness stand, Guccione's high-powered lawyer pointed to something I'd written in Hustler and asked, "Mr. Quarnstrom, what do you mean when you say that my client is 'bejeweled'?" I think I pointed to Guccione, who was sitting in the courtroom staring stilettos at me, and said, "Well, from where I sit, it looks like Mr. Guccione is wearing three or four gold chains around his neck right now."

The jury found in Guccione's favor and awarded him $400 million or something like that. The judge, as I recall, knocked the award down a few hundred million.

Now, lots of folks aren't going to mourn the passing of Penthouse any more than they'll bemoan the demise of the Oldsmobile. There are plenty of other cars on the market and there will be plenty of smut available on newsstands as well as online.

But I had some good times in an Oldsmobile I used to own and I had some good times, I admit, with Penthouse. And despite my courtroom run-in with its publisher, I've always admired the way that Penthouse has tried to convince American men that small-breasted "naughty" young ladies are sexy, too -- quite a challenge in a culture where big boobs seem to be the primary sexual characteristic men look for in a woman.

And anyone who's ever toiled in the fertile fields of smut looks back with curiosity and even wonder at Guccione's early use of Vaseline -- not for any of its usual purposes but to smear on his camera lenses to keep those then-verboten female genitals out of focus.

Penthouse and the Oldsmobile -- the passing of anything of quality diminishes our ability to choose and leads to the kind of homogenization that characterizes online pornography.

Jesus, are we really enriched by thousands of XXXXX-rated Web sites starring the same (so it seems) blonde bimbos fellating the same turgid male members? I thought variety was supposed to be the spice of life.

Naturally, Andrea Dworkin has weighed in on Penthouse's woes. Saying she's "delighted" at Guccione's plight, America's head bluenose, apparently yet to get a life, still worried to the media that Penthouse "is being replaced, quite possibly, by something that is much worse."

What won't be replaced, I suspect, will be those articles we all said were the real reason we bought those magazines. I cannot imagine there is a role for them on DVDs or the Internet. And it was such a charming affectation really, the façade of exposé journalism or fine fiction punctuating the girlie photos.

Did anyone actually buy Penthouse or Playboy or Nugget or Hustler for the articles? Larry Flynt thought they did, so he mandated that we keep Hustler's prose well-written, well-researched and authentic enough to ward off the ever present threat of lawsuits.

I did read Lowell Bergman's famous Penthouse exposé of organized crime connections to a Southern California resort. And I seem to recall that Playboy boasted fiction or articles or interviews by John Cheever, Ian Fleming, Graham Greene, even Allen Ginsberg, in those days when I'd quick-time it through the pages looking for the hottest photos.

"What kind of writing are you looking for at Flynt magazines?" one eager young student asked.

I recall writing once about a fellow who "landed his throbbing 747 of lust in her velvet runway of love."

Ben pointed out the other day that producing smut online relieves editors and publishers of worries about crossing that ever-changing "hardcore" boundary. Online it's always hardcore.

It's hard to conceive a world without Penthouse and its competitors. Where will freelance writers sell their stuff? How will young women just coming to the big city earn a quick few bucks for first and last months' rent without being able to pick up some cash just for a day or two in a magazine studio?

And most of all, what about the unplugged, unwired lonely guys in lonely towns looking for a few minutes of lonely guy pleasure?

Or did you just buy Penthouse for the articles?