French director Jean-Pierre Denis provides a subtle, resonant retelling of one of the 20th century's most famous true-crime tales. 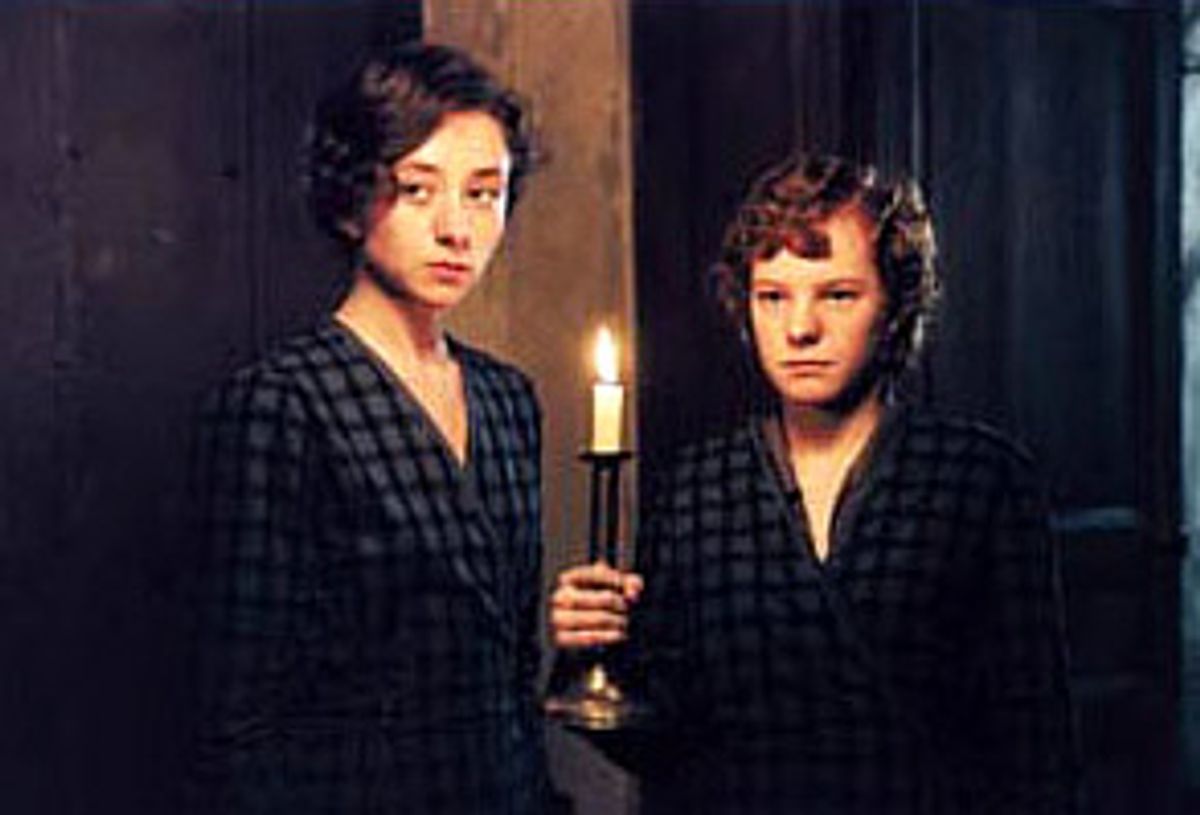 The true story of Christine and Léa Papin, two sisters who, in 1933 in a small French town, brutally murdered the two women who employed them as housemaids, is one of the grisliest and most luridly fascinating crimes of the 20th century. It's also ripe material for a good psychological hoeing-over: Christine and the younger, more withdrawn Léa were also reclusive lovers who kept their relationship a secret from everyone until they spontaneously embarked on their domestic massacre.

Jean-Pierre Denis' "Murderous Maids" -- which opened last week in New York and should reach other cities soon -- treats the subject with as little sensationalism as possible, up to and including the story's final, horrific act. Nor does he try to find comfortable textbook explanations for why Christine, the more powerful of the two sisters and apparently the one who instigated the murders, would have become so drastically and tragically unglued. His restraint gives his two lead actresses -- the subtly resonant Sylvie Testud, as Christine, and the mousily innocent-looking Julie-Marie Parmentier, as Léa -- plenty of room to breathe. They fill the corners of the movie quietly with their inscrutable, unsettling presence.

And yet what Denis ends up with is a delicate psychological portrait in which his grim determination to be restrained and sensitive is the major feature: "Murderous Maids," despite its chilling subject matter, glows with the layers of grimly tasteful polish Denis has lavished upon it. The highly principled remoteness of "Murderous Maids" demands that we keep it at arm's length; you might say Denis has respected the privacy of his characters a little too much, which means we have to work hard to sympathize with them instead of being forced to understand them in spite of ourselves.

Christine and Léa are forgotten children from the beginning. Their father is nowhere on the scene, apparently because their mother, Clémence (Isabelle Renauld), has accused him of raping the girls' oldest sister, who subsequently disappears into the convent. Clémence, calculating and neglectful, has a strong hold on them, and Christine resents her to the point of true hatred. Without succumbing to easy answers, Denis and screenwriter Michèle Pétin, working from a novel by Paulette Houdyer, suggest that Christine's resentment of her mother contributes to her increased obsession with Léa. Every woman who has been significant in Christine's life has abandoned her; Léa is the last thing she has to hold onto.

There's no getting around the fact that the sisters' physical relationship is outright weird, and Denis, to his credit, doesn't tiptoe around it delicately nor focus inappropriate attention on it. The sisters' love scenes have a mournful, unnatural beauty to them. Even though the sisters feel completely at home with each other, it's as if their bodies know that the union is not quite right -- their coupling is always somehow veiled with sorrow and awkwardness.

And yet, even though the two actresses rise valiantly to their roles, you wish the whole picture could somehow add up to more. Parmentier's Léa is a pale redhead with the ability to look radiantly adult one minute and pudgily adolescent the next. She's simple-minded in a childlike way but also luminously sensual. When the younger mistress of the house (in a weird parallel of womanly energies, Christine and Léa are employed by an older widow and her 20-ish daughter) calls for Léa to help with her bath, a playful, eerie smile passes across Léa's lips. In that one small moment, she suggests that her love for her sister is an aberration of a very natural and understandable love for women in general, stemming from a fascination with the beauty of their bodies. (The movie tells us, in a chilling footnote, that although Christine died in prison just four years after her conviction, Léa was released after serving 10 years' hard labor and still lives in a small town in France.)

Christine, alternately predatory and shakily insecure about her own desires, is the more complicated character, and Testud plays her cagily: Just when you think you've figured out what she must be thinking, her motives and feelings slip away from you like smoke. She pulls off the tough trick of playing a character who has effectively closed herself off from the world, even as she offers us glimpses into her own fractured universe.

Testud's is a sound, cerebral performance, and yet it's curiously unaffecting. I found myself dazzled by the range of subtle mysteries she managed to hint at, but by the movie's end, I was almost shocked by the fact that I felt so little for her.

The story of the Papin sisters has inspired numerous treatments, among them Jean Genet's well-known play "The Maids." It's hard not to compare "Murderous Maids" with Nancy Meckler's 1994 film "Sister My Sister," a version of the same story starring Joely Richardson and the remarkable Jodhi May as the sisters. "Murderous Maids" has the ring of authenticity to it: I find it easy to believe that the sisters' small French town looked something like this, and that the houses they worked in felt this chintzily dull and gray. In comparison, "Sister My Sister" feels like more of a true-crime drama, albeit a gently nuanced one.

But "Sister My Sister" was more effective at luring me, against my will and better judgment, into feeling sympathy for these two strange girls, which made their final act that much more shocking and abhorrent. In "Murderous Maids," there's a curiously ho-hum quality to the murders, despite the fact that the two victims are bludgeoned, sliced, chopped and jabbed, and also (the movie suggests) get their eyeballs gouged out. Denis' point may be that this is the only natural end for these girls: Where else could they have gone, and what else could they have done, after all? But Meckler's movie is less cynical: It treats the story as a true tragedy, not just a cool meditation on two lives (and two minds) that have gone way off the rails, as Denis' picture does.

"Murderous Maids" may do a better job than "Sister My Sister" of showing us how it all might have really happened. But by the end of the film, the actions of these girls make no sense in our minds or even in our imaginations -- we end up accepting their sad and horrible story with a vaguely indifferent shrug. That's a very different thing from feeling that we've walked even a few steps in these murderers' shoes.