Sales have been disappointing, and the co-creator of Microsoft's game console just quit his job -- a day before a book portraying him as a hero hit the bookstores. 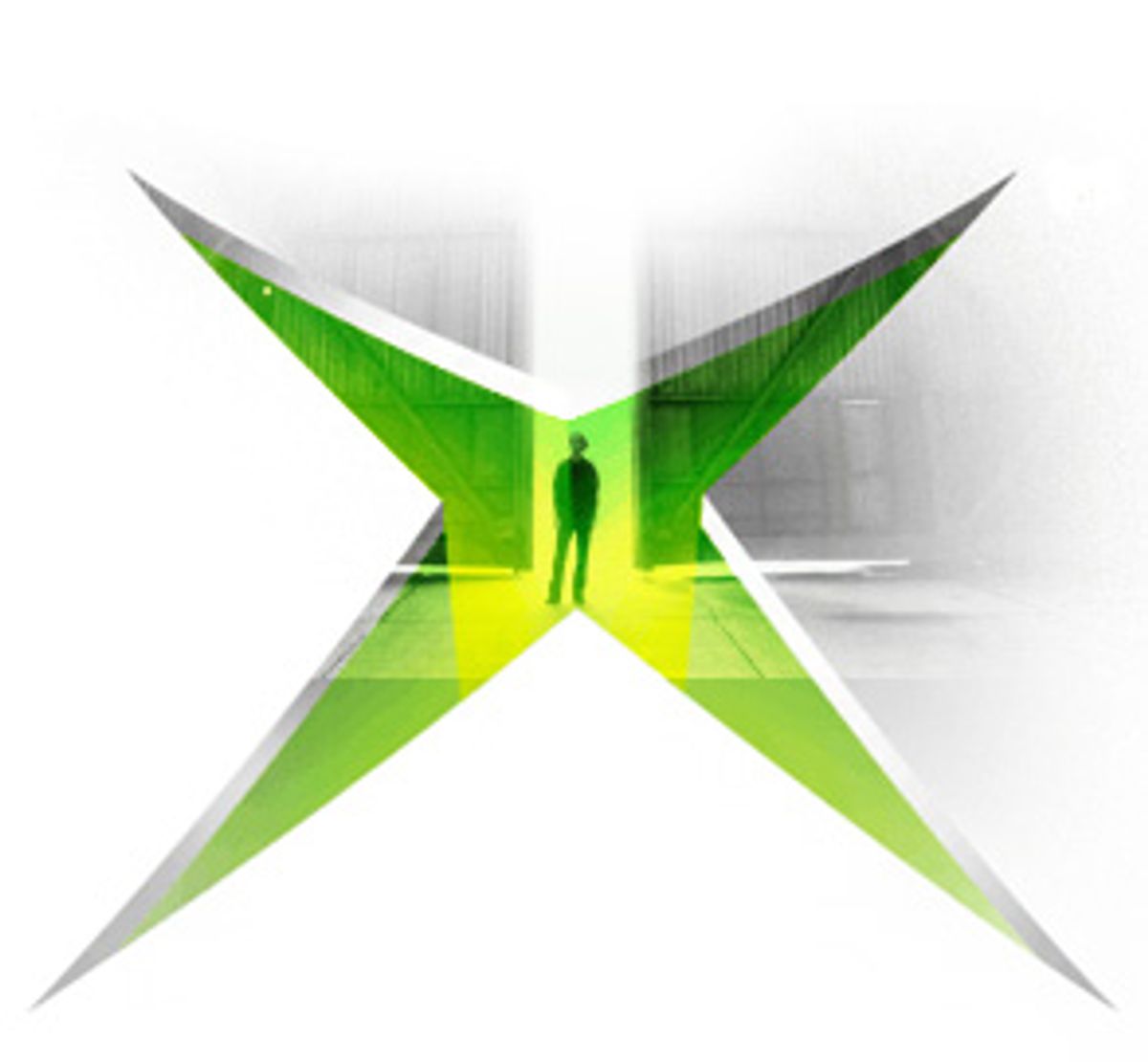 On Monday, Seamus Blackley, co-creator and lead evangelist for Microsoft's Xbox video game system, sent a shockwave through the gaming community by resigning from his job. Following close on the heels of slumping Xbox sales reports and overseas price cuts, the departure of the energetic Blackley raised eyebrows. Was Blackley another casualty in the latest round of video game console wars?

An intriguing coincidence added spice to the development -- 24 hours after Blackley's resignation was announced, a kiss-and-tell volume offering remarkable insights into Microsoft's often contentious Xbox development process reached book sellers around the globe. The new tome is "Opening the Xbox: Inside Microsoft's Plan to Unleash an Entertainment Revolution."

Its author, Dean Takahashi, a senior writer at Red Herring magazine and former reporter for the Wall Street Journal, was clearly able to cultivate reliable sources at normally tight-lipped Microsoft. He describes in withering detail fascinating scenes such as a mano-a-mano showdown between Microsoft's Xbox and WebTV development teams, presided over by one Bill Gates. If Takahashi's revealing book can be said to have a hero, it's Seamus Blackley, who emerges as the driving force behind the Xbox.

Was there any connection between the book's publication and Blackley's departure? Both Blackley and Takahashi say no. But direct link or not, there's still little question that Blackley's resignation, combined with the publication of "Opening the Xbox" and widespread news reports of disappointing Xbox sales, is opening the door for speculation that Microsoft's much hyped and hugely expensive entry into the console business may already be stumbling.

Author Dean Takahashi shrugged off the connection between Blackley's exit and the book's publication.

"It's coincidental," Takahashi says. "We didn't plan it together although he [Blackley] joked with me that he wanted a cut of my first-day sales."

Nonetheless, Microsoft was definitely curious about the book. And in an odd twist, Microsoft officials had Takahashi's book in a hand a month prior to publication.

"Microsoft got hold of the advance copies before I did through their own connections with the game strategy division of my publisher," says Takahashi.

"Opening the Xbox" is published by Prima Publishing. Among gamers, the Prima name is best known for publishing strategy guidebooks for a wide variety of console and computer titles. Prima guides are currently available for more than a dozen Xbox games, including Microsoft's popular shooter Halo and gridiron simulation NFL Fever 2002. Strategy guide publishers like Prima often depend heavily on the cooperation of game companies -- like Microsoft -- to release hint books that are information packed, timely and useful to gamers.

However it happened, "Opening the Xbox," which includes a pull-no-punches chapter on the Xbox's disastrous showing at last year's Electronic Entertainment Expo (E3) caused a stir in Redmond.

In its epilogue, Takahashi's book emphasizes Blackley's desire to jump back into game development, either at Microsoft or elsewhere. Takahashi says that after the book made the rounds in Redmond, as many as 30 Microsoft staffers approached Blackley at various times to ask when he was leaving. As it turned out, the answer was "real soon."

For his part, Seamus Blackley scoffed at the notion that Takahashi's book played any role in his parting of ways with Microsoft.

"The timing has nothing to do with anything except possibly my naiveté," he said in an interview conducted the day after his resignation.

Now shed of his Xbox responsibilities, Blackley is embarking on a game-industry partnership rumored to include former high-level Xbox team member Kevin Bachus. Although Blackley was unwilling to reveal any details before next month's E3 show in Los Angeles, he did let some of his future plans slip.

"I talked to my three partners many months ago about this idea for the company, which is largely based on our common experience about the challenges of game development and game publishing and what was stopping innovative games from getting made," he says.

"It's the kind of stuff," Blackley adds, "that we talked about at GDC [Game Developers Conference], when I'd hang out with Phil Harrison [of Sony] or those Nintendo guys. We all have the same problem. We'd launch a new console but we can't get people to make new content for it. It's a big investment for the publishers and it's a risk for developers. Based on our experience we realized there's an opportunity to make a company that could really encourage a lot of products to be made and to be made really well."

For months prior to his departure, Blackley lived a dual existence, dreaming of the new venture while simultaneously championing the Xbox for his employer, Microsoft.

"Basically I stayed back at Microsoft and these guys went off and started doing work on the idea. I'm cheering from the sideline but I can't really pitch in. It started to really take off -- especially after GDC, where they met with a lot of different people and got incredible, surprising enthusiasm. It became clear that I had to make a call -- either go with these guys and build this new thing or stick with Xbox."

Blackley denied that disappointing system sales and Microsoft's recent decision to cut the Xbox's price in the European and Australian markets influenced his departure.

"Xbox is OK," he says. "I'm not leaving because Xbox is screwed up. I'm leaving for entirely selfish personal reasons. I want to go make games."

The looming presence of E3, the gaming industry's big dance at which everybody who's anybody gathers to show their wares, apparently pushed Blackley over the edge.

"Everything came together, especially with the timing of E3," he said. "We've got to launch the company and get things on board and we decided that this is the right time. That's really what drove the decision."

So will Blackley be developing games for Xbox now that he's on the outside, looking in?

But, hey, what else would you expect an ex-Xbox evangelist to say?

Takahashi realizes that his book may annoy Microsoft corporate types.

"Any of the insidery stuff they just really didn't want to get out," he said. "The fact that the initial code name was Project Midway -- they don't want the Japanese people to know that because it will hurt their feelings." The Battle of Midway in 1942 was the turning point of the Pacific War. Before the November 2001 launch of the Xbox, all of the players in the console hardware market -- Sony, Nintendo and Sega -- were Japanese firms.

Takahashi's portrayal of the corporate machinations at Microsoft is a fascinating thing to behold. His depiction of Microsoft as a feuding bureaucracy might give pause to those who think of Microsoft as a ruthlessly efficient, unstoppable juggernaut.

"The fact that they seemed to waffle so much sheds a bad light on their decision making," offers Takahashi, who adds, "They have these constant battles between the strategic thinkers, the game-industry advocates, the financial people, and the longtime Microsoft veterans on how you're supposed to do things. All that strategizing tends to slow down people who really want to move fast. The consequence of that is that Sony had 25 million [units of PlayStation 2] at the end of 2001 deployed. Xbox had one and a half million. It's a huge difference in whether they are able to catch up or not."

While Takahashi's book did little to enhance Blackley's job security, perhaps his exit was inevitable. The 34-year old ex-Xbox champion emerges in the book as a flamboyant, driven visionary with an abiding passion for game design.

"I put myself behind the eight ball well enough at Microsoft," he said. "I was always the guy from the game industry doing crazy stuff. The stuff in the book was no surprise to the people who were there next to me."

"I think he stayed a lot longer than he wanted to," Takahashi said. "I was surprised that he did stay as long. He did more than his share of the work evangelizing the Xbox. He had to sell the idea inside the company and then all the way up to Bill Gates. And then he had to sell it to the game developers, gamers and media. His job was mostly done. He had a hard time going up against skeptics every day who didn't believe that Microsoft could really do anything right. He sort of had this obligation to be the voice for game developers inside Microsoft, so that also made him stick around longer."

So what kind of mess is Blackley leaving behind? Is the Xbox a sinking ship? Did Project Midway somehow turn into Pearl Harbor?

"Blackley's departure will have an effect on some of the game artists who still have a lot of sway as to whether or not games get made for the Xbox," offered Takahashi. "I don't think his departure will have much effect on the business people who are cutting the deals and creating the exclusive contracts and otherwise making platform decisions about the future of the business. He had more influence with the artists than he did with the business people. Right now the fate of the Xbox is really up to the business people executing the plan that Microsoft set out for it. The same management team is in place. They still have the chance to pull off a strong third place. They might have a shot at second if Nintendo doesn't execute very well. In the long run people are expecting that over five years or so there will be 30 million Xboxes in place, a similar number of GameCubes, and probably a hundred million PlayStation 2s."

So if Takahashi's right, it's third place for the Xbox, unless Nintendo screws up -- and Nintendo doesn't screw up too often.

"Microsoft has lost a lot of the positive momentum they had from the U.S. launch," he said. "Momentum is everything in this business. It determines whether or not people will continue making games for your platform."

Dennis McCauley covers the electronic gaming industry for the Philadelphia Inquirer and other publications.