Listen to a story by Paul Rudnick in which he suggests headlines for imaginary teen publications -- an excerpt from "Fierce Pajamas," a collection of humor writings from the New Yorker.

By Read by Chris Gannon 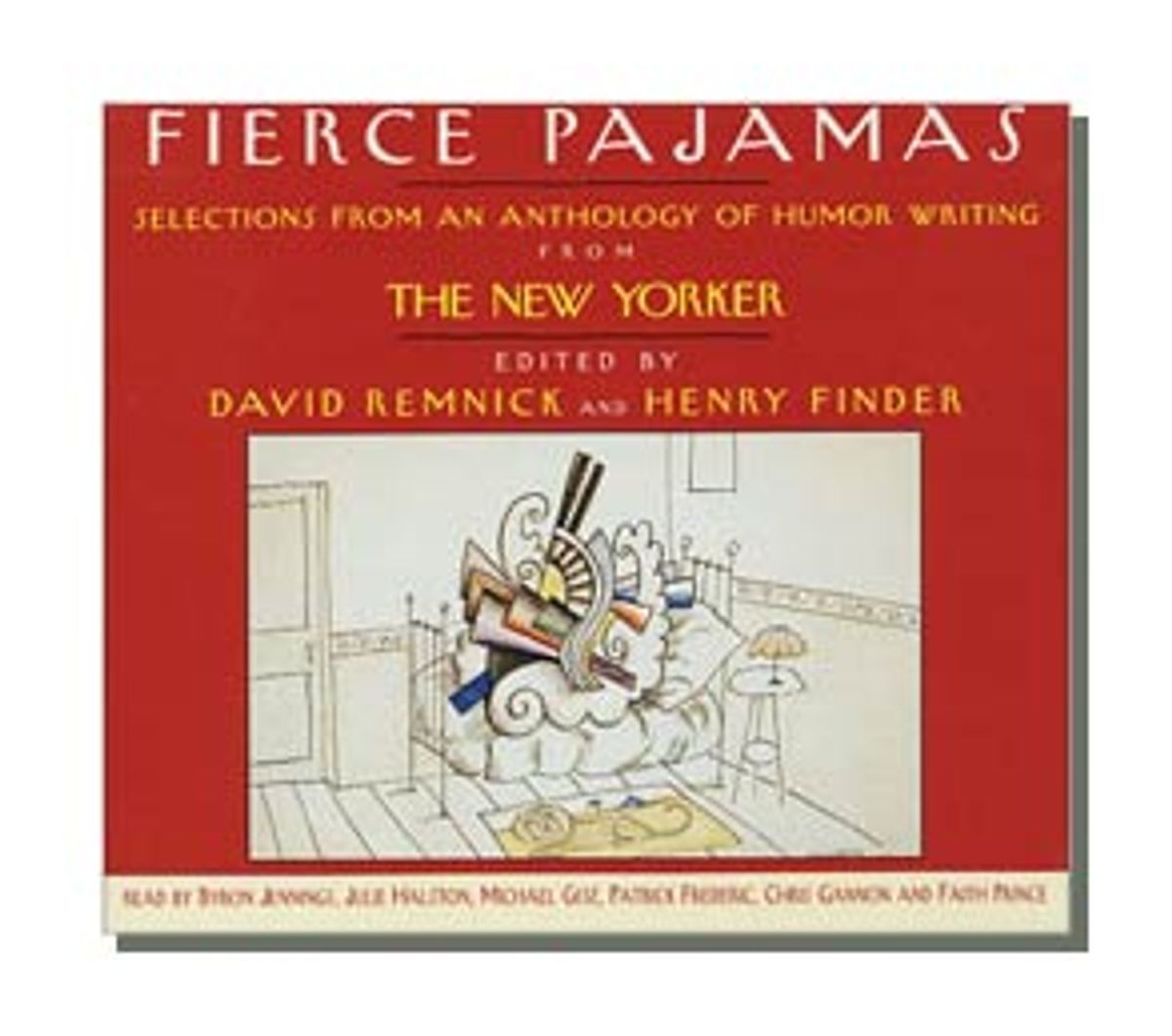 When Harold Ross founded the New Yorker in 1925, he described it as a "comic weekly." And although it has become much more than that, it has remained true in its heart to the founder's description, publishing many accomplished practitioners of literary laughter of the modern era: James Thurber, S.J. Perelman, George W.S. Trow, Veronica Geng, Ian Frazier, Garrison Keillor, Woody Allen, Steve Martin, Susan Orlean, Calvin Trillin, Marshall Brickman, Frank Sullivan, Wendy Wasserstein.

"Fierce Pajamas" is a collection that gathers together, for the first time, many of the writers' greatest work for the New Yorker. It contains humorous short stories, landmark reviews and reported pieces.

Hear Chris Gannon read "Teen Times," a piece by Paul Rudnick that imagines the coming of many new teen publications and their respective headlines.

MORE FROM Read by Chris Gannon