This New Zealand coming-of-age movie isn't really about anything. When it's this rich and luscious, who cares? 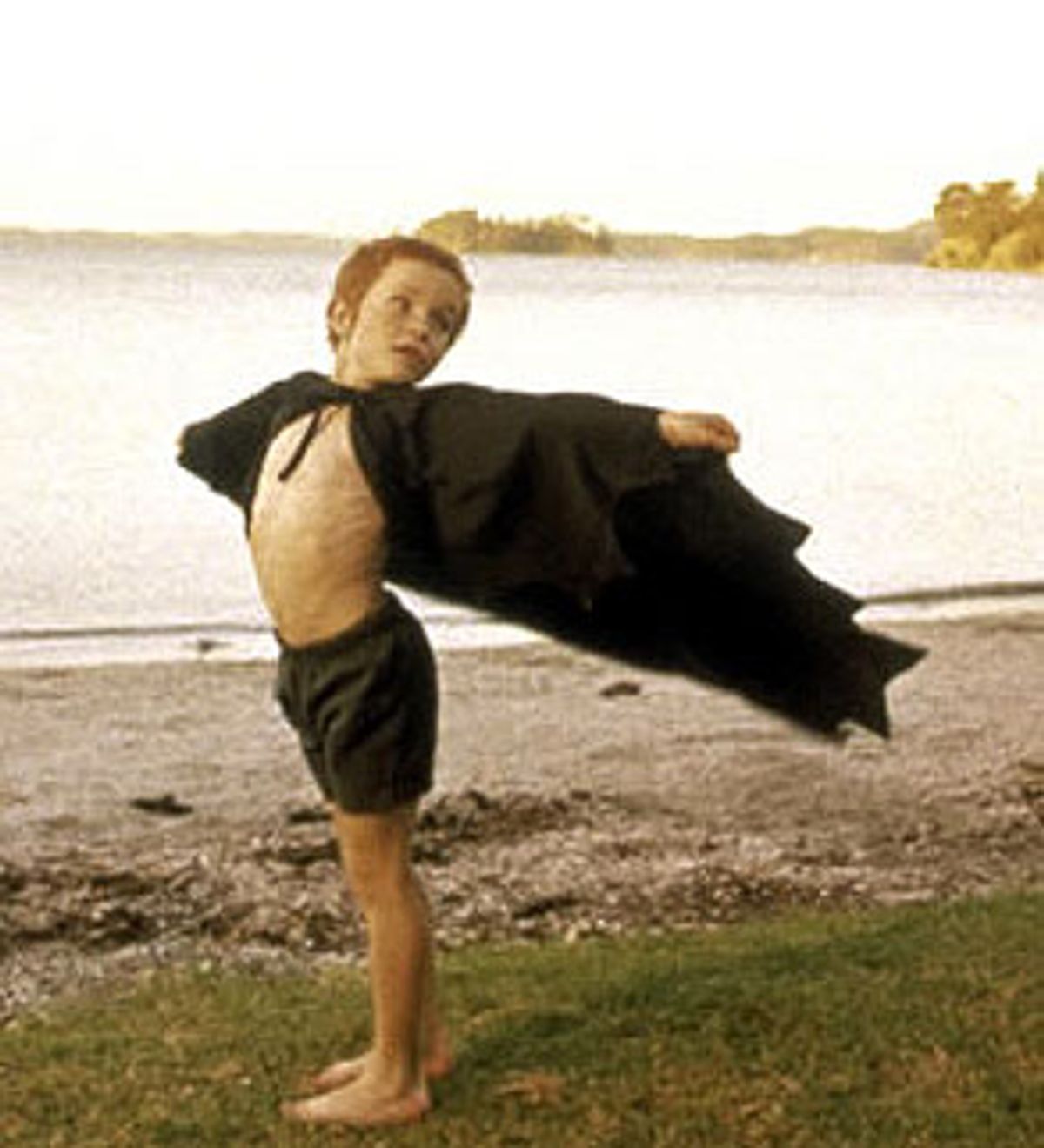 Sometimes the biggest sign of a filmmaker's abilities isn't how well she's able to live up to solid material, but what she's able to carve out of nothing much to begin with. "Rain," the debut of New Zealand director Christine Jeffs, is a richly detailed movie about nothing much at all: The story is a sexual-coming-of-age tale, told from a very young woman's perspective, that grabs onto all the usual driftwood, including unspoken mother-daughter rivalry.

But there's something about the way Jeffs pieces all the elements together that makes "Rain" seem denser and more resonant than it ought to be. You may know exactly what's going to happen from the first shot, but that doesn't keep you from wondering just how Jeffs is going to get there.

It sounds as if I'm giving the whole plot away to tell you that "Rain" features an incredibly charming young child who's just learning to swim and a nearby large body of water called the ocean. But the fact that you can do the math all too easily for yourself is one of the problems with this type of drama. "Rain," based on the 1994 novel by Kirsty Gunn (Jeffs adapted the screenplay herself), is one of those stories that needs to be punctuated by a good, solid family tragedy -- otherwise, how on earth would it ever end? It's never enough just to tell a story about a girl's roughing-up at the hands of adolescence. That cruel, confusing time provides the backdrop for scads of books, movies and songs, and it's a subject few of us ever get tired of. But that never prevents people from looking for ways to heighten its drama and meaning, and sometimes they stretch too far.

It's a testament to Jeffs and her actors that they make Gunn's story feel like something, even if it isn't. Thirteen-year-old Janey (Alicia Fulford-Wierzbicki) is spending the summer at a rented cottage with her well-intentioned but self-absorbed parents, Kate and Ed (Sarah Peirse and Alistair Browning), and her kid brother, Jim (Aaron Murphy). Her parents' marriage has hit some particularly jagged rocks, and they have a tendency to soak their days away in boozy reveries, leaving Janey to look after Jim.

She doesn't seem to mind, and you can see why: Jim is one of those intelligent, self-sufficient miniature adults who's more like a companion than a charge. The two while their days away exploring the beach or, in one of the movie's most wonderful sequences, cutting pictures of adult genitals out of skin mags and rushing about, whooping and laughing in the sunshine, with giant, well-shaped boobs and willies pinned to the outsides of their clothes like hopeful wishes for the future.

Then trouble comes to town, as it so often does, in the form of a handsome photographer named Cady (Marton Csokas). Kate, the mother, becomes taken with him: She's at the age where she has begun to doubt her attractiveness, even though, with her cushiony curves and hearty, freckled arms, she's the perfect picture of the way an averagely attractive woman can actually become a great beauty at middle age. As Peirse plays her, though, you can see that her insecurity has no logical source or explanation: It has simply welled up in her to the point of enveloping her, and there's not much she can do to stop it.

Something is going on with Janey, too, but of course she's not sure exactly what. She's annoyed by boys her own age, and teases them flirtatiously only to swat them away like gnats. And the synapses between mother and daughter are wide and gaping -- it's not so much that they don't connect anymore, but that they probably never have. Janey's resentment of Kate, coupled with the usual nightmare internal fireworks of adolescence, turns her life into a whirl of instability; her parents' shaky union doesn't help. Cady, roughly handsome and passably kind, represents everything that she might hope for in a man, if only she had any idea what to hope for at all.

"Rain" is set in early-'70s New Zealand, at the kind of beachside vacation community that would spell equal parts boredom and opportunity to any teenager. Jeffs uses her camera to poke into the shadowy corners of this potentially disintegrating family, and comes out not with a glum, depressing portrait but with glimmers of a fragile, fleeting intimacy. That's a rare quality in a director. Most filmmakers would feel more confident rubbing our noses in these rather textbook family troubles. (Ang Lee's tasteful dinner party of suburban angst, "The Ice Storm," is a classic example.) Instead, Jeffs finds the vitality in this crumbling family and makes us see it as something worth struggling for. That's part of what keeps "Rain" from dragging, and it's evidence of Jeffs' ability to remain honest and open to her material, instead of forcing it into places she thinks it should go.

Jeffs' intuitive approach seems to work well with her young actors, too. Fulford-Wierzbicki is perfectly cast not because we can see the young woman in her, but because we really can't. She's lovely in that way that young teenagers are, but it has nothing (yet) to do with womanly beauty: She's rounded but in a youthfully pudgy way, and her face is often sullen and closed. But she's also very direct, and Fulford-Wierzbicki plays her with an impressive confidence: She makes you see how Janey is very much her mother's child. In fact, they're so much alike that it's little wonder they clash.

And then there's Jim. Young Aaron Murphy, with his monkey grin and thatch of red hair, is one of those kids who in some ways looks like a happy, skinny old man. A child actor who doesn't cruise lazily on his cuteness, he's the spiritual brother of the young boy in Edward Yang's "Yi-Yi."

Murphy isn't the star of the movie, and yet his character is the very heart of it. He's a joy to watch, even in the midst of all this family turmoil. Jeffs knows it too, which is probably why she has shaped her movie so subtly around him. A character who triumphs over a clumsy story line is a very rare creature. It takes a smart director and a sensitive actor to bring him to life, and to keep him breathing all the way through.