Voice of the Poet: Langston Hughes

Listen to Hughes read three poems, including the famed "Harlem." 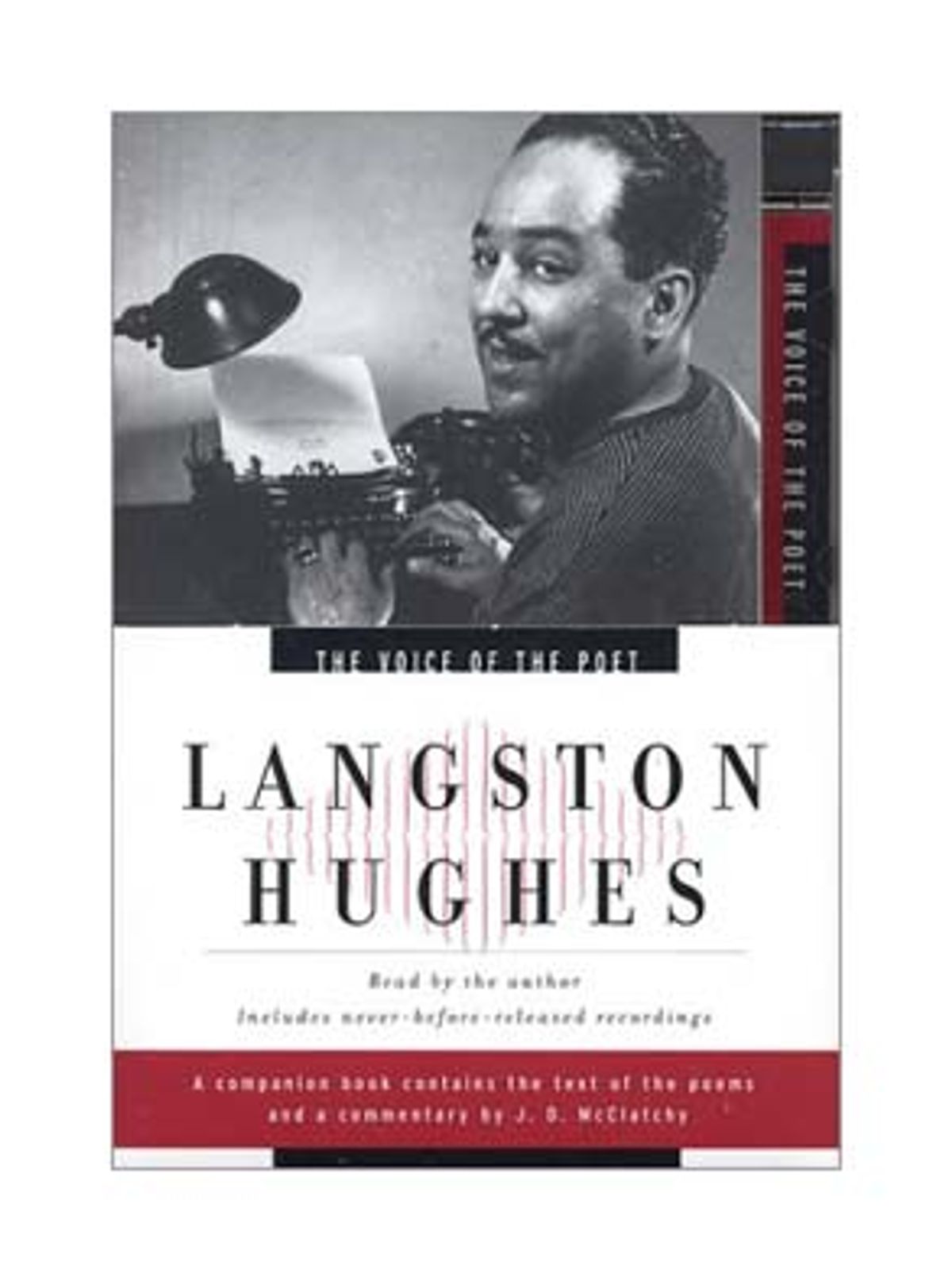 Langston Hughes (1902-1967) was a writer of astonishing range. Poetry, fiction, plays, autobiography, essays, libretti for operas and Broadway musicals, and cantatas -- work streamed from his desk. It is as a poet, though, that he is best known, and his place at the center of the Harlem Renaissance was enormously influential. He was the first African-American to write civil-rights protest poetry, as well as the first to use jazz and blues as a basis for a literary style.

Few poets have ever potrayed so vividly the black experience, its triumphs and travails, and in a language that cunningly dramatizes the folk vernacular. Hughes was born in Missouri, worked as a manual laborer and traveled the world -- the better, in the end, to know so intimately the realities of urban life for the displaced and rootless. He wrote with eloquence, humor and a deep humanity.

"A poet," he once wrote, "is a human being. Each human being must live within his time, with and for his people, and within the boundaries of his country." Hughes wrote of the drama of his time with a sense of truth that continues to startle and move.