The dictator of Equatorial Guinea runs his country like a dungeon. But he's suddenly awash in black gold, so big oil and the Bush White House find him utterly charming. 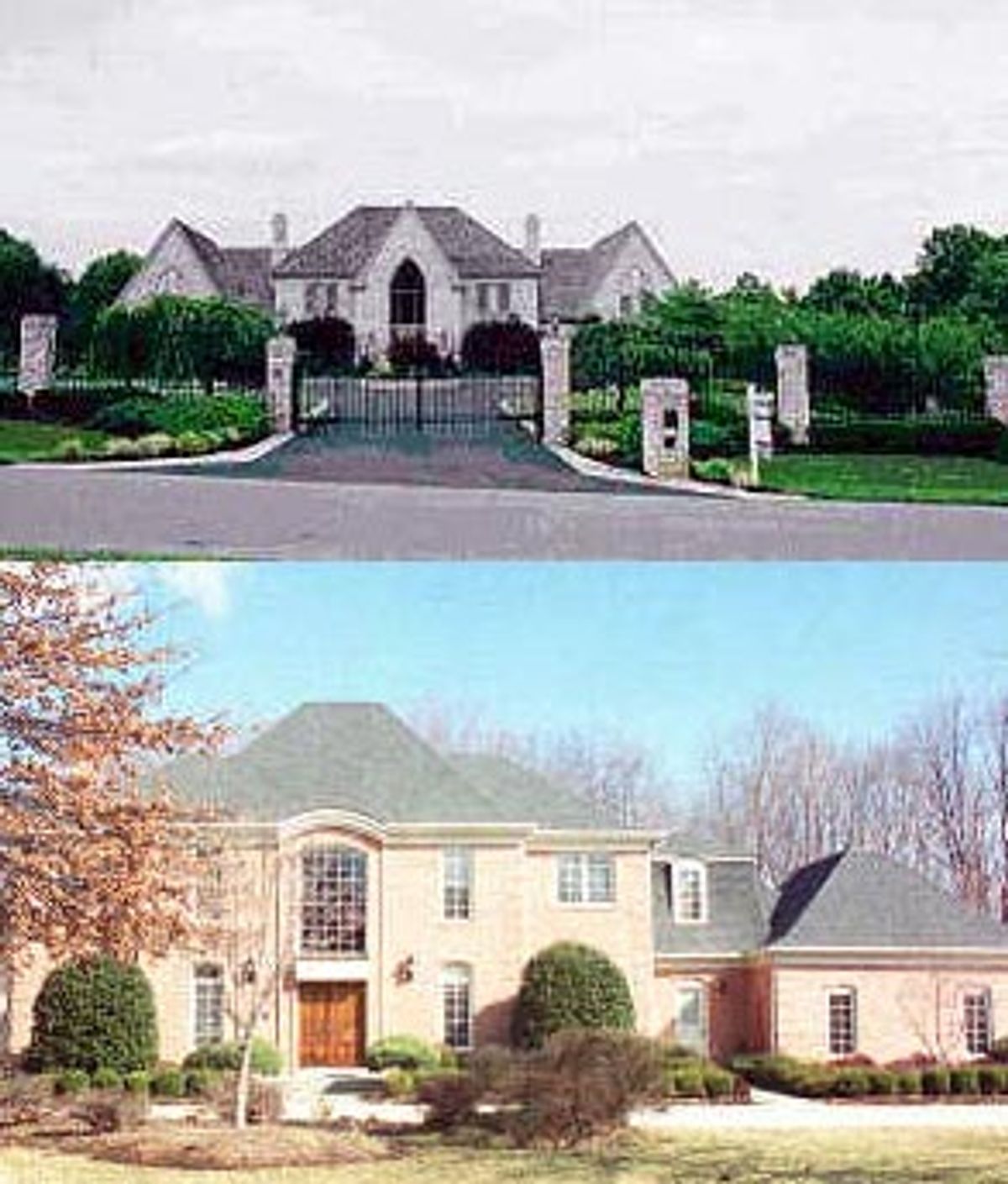 As U.S. politics becomes increasingly dominated by the country's dependence on foreign oil -- and the Bush administration's cozy ties with oil money -- it's only a matter of time before our gaze should finally fall upon the grim little despotic regime of Equatorial Guinea.

Not because the Bush administration, or major oil companies like ExxonMobil, want you to, however.

A recent monthlong crackdown, in which the 23-year-old regime of Teodoro Obiang Nguema Mbasogo rounded up about 100 people it alleged were plotting a coup, didn't merit a single column inch in the biggest U.S. newspapers. Not even an urgent Amnesty International press release ("Detainees held incommunicado risk being tortured to death") drew any attention. Partly that could be because the United States does not -- yet -- rely on the deep, newly discovered oil reserves in Equatorial Guinea, as it does in Venezuela and the Middle East.

But that's about to change. The Bush administration, lobbied by the oil industry, has quietly authorized the reopening of the American Embassy in Equatorial Guinea, which had been shut down since 1996 when the Obiang regime threatened to kill then-U.S. Ambassador John Bennett for complaining about human rights conditions. Now that we've become friends again with Equatorial Guinea, there's evidence the country's violent past is resurfacing. The administration, meanwhile, remains mum.

Obiang is a longtime thug. He legalized opposition parties in the early 1990s, but everyone from Freedom House to the U.S. State Department describes the country as a dungeon. Placido Mico, one of the only opposition figures not to have fled into exile or be bought off by the regime, was arrested and tortured in 1993 -- for two months he was held in a cell the size of a coffin -- and has been consistently harassed since then.

In a terrible case of bad timing, just a few weeks after the embassy shut down in 1996, American firms struck oil. Since then, ExxonMobil, Chevron, Marathon, Vanco and Triton Energy have invested $5 billion in the country, and soon, the Obiang regime will preside over a nation that will be the third biggest producer of oil in sub-Saharan Africa after Nigeria and Angola. Within a decade, Equatorial Guinea and its 500,000 people will have moved from being one of the world's poorest countries to one of the richest, at least in per capita terms.

And with money comes reinvention. With the help of the oil industry, Obiang and his country may soon seem as American as, well, baseball: One industry group representative confirmed to Salon that he had arranged for Obiang, who owns two palatial residences outside Washington, to throw out the first ball at a Philadelphia Phillies game last September. But after the Sept. 11 attacks, the baseball schedule was canceled, and that photo-op -- surely Major League Baseball's first ever collaboration with a foreign dictator -- has not yet been rescheduled.

Almost none of the new oil money is reaching the population, as I saw during an eight-day trip to Equatorial Guinea in late February and early March. Ninety percent of the population is poor and lives mostly in slums without electricity or running water. Unemployment is rampant, as is malnutrition. Oil investments have created few jobs, because most of the work is at offshore sites and requires technical expertise possessed by few Guineans. The educational and healthcare systems are abysmal. The State Department's travel advisory for Equatorial Guinea urges visitors who need serious medical attention to leave the country, and virtually everyone I met wanted to move abroad, a step already taken by about one-third of the population. (You know the situation is grim when people are desperate to get to neighboring Cameroon and Gabon in search of a better life.)

Frank Ruddy, the former U.S. ambassador to Equatorial Guinea under Ronald Reagan, doesn't share the industry's red-white-and-blue spin of the Obiang regime. Ruddy believes the political situation in Equatorial Guinea has worsened since the oil companies began operating there, as revenues they generate have enriched the government and left it less dependent on aid from abroad. "Their full capacity to be thugs has grown with the oil money," Ruddy says of the Obiang regime.

But with the oil industry lobbying on its behalf, and an administration apparently willing to look the other way, Equatorial Guinea might be able to buy all the silence it needs. Even when, according to sources on the ground, screams are heard coming from the houses where the alleged coup plotters are being held.

Oil money does seem to be finding its way into the pockets of Obiang, his family and friends. Mansions are going up all over the country, including lavish estates owned by the president and his two sons (Gabriel, who controls the oil industry through his post at the Ministry of Mines and Energy, and Teodorin, who oversees the logging trade from the Ministry of Forestry and the Environment).

Indeed, there's so much money floating around that the Obiang clan can't spend it all at home. Teodorin is a frequent visitor to Paris, where he carouses in his Rolls Royce Barclays, and to Beverly Hills, where he owns a music company called TNO. Two years ago, Obiang bought himself two mansions in Potomac, Md. The bigger estate cost $2.6 million -- enough to pay a month's salary to 26,000 Guineans (based on the minimum wage of $100 a month) -- and has 10 bathrooms, seven fireplaces and a 3,500-square foot club room. Obiang shelled out $1.15 million for the second house, where he makes do with six bathrooms, three fireplaces, and a mere 7,000 square feet of total living space.

None of this has stopped American oil companies from trying to paint Obiang as Africa's new Nelson Mandela. In 1996, Mobil paid part of the cost for a team of election observers to attend the first presidential election under Obiang. The observers were sent by the International Foundation for Election Systems (IFES), a Washington outfit that gets most of its money from the U.S. government, and whose board includes Peter G. Kelly, a former finance chairman of the Democratic National Committee and lobbyist who at the time represented the Obiang regime for Black Kelly Scruggs & Healey. But things didn't work out as planned. Obiang, not willing to settle for a phony mandate of say 70 or 80 percent popular support, felt compelled to claim 99.2 percent of the vote, greatly diminishing the election's P.R. value, earning the consternation of all independent foreign observers.

Mobil also hired Bruce McColm, a former head of Freedom House who runs the Institute for Democratic Strategies (IDS), a Virginia-based nonprofit. McColm, who now works directly for the Obiang government, sent a team of observers to monitor municipal elections held in Equatorial Guinea in 2000. The United Nations and other observers described the balloting as a farce, but McColm's team reported it to be basically free and fair.

The oil industry has also worked through the Corporate Council on Africa (CCA), which promotes trade and investment on the continent. The council put out an investment guide to Equatorial Guinea -- paid for by six oil companies with operations there -- that claims Obiang "has taken significant measures to encourage political diversity and address human and worker rights issues." The CCA also sent its then policy director, Gregory Simpkins, to Equatorial Guinea to head up McColm's observer team and arranged the canceled photo-op with the Philadelphia Phillies.

Last Feb. 8, the CCA feted Obiang, who was visiting Washington, at the Army-Navy Club. The attendees, in addition to myself, included mostly oil company executives, along with a smattering of State Department officials and lobbyists. Each received a biography of Obiang that called him the country's "first democratically elected president" and described the nation's constitution in the sort of glowing terms (it "enshrines fundamental political rights and civil liberties") that scholars normally reserve for the Magna Carta.

As corporate leaders and CCA officials took turns at the podium, Obiang sat at the head table surrounded by doting oilmen and State Department officials. Stephen Hayes, CCA's president, got the ball rolling by describing the supposed economic and political transformation of Equatorial Guinea, saying, "This could not have happened without a leader disposed to change." Andrew Swiger, an ExxonMobil vice president, said that Obiang's government "continues to demonstrate its commitment to [policies] that will benefit the country and its people," while Steven Hinchman, a senior vice president at Marathon, attempted to outbid him by telling Obiang, "It is a pleasure for me personally to be present at this lunch honoring you."

The former Ambassador Ruddy is also a former lawyer for Exxon, but he's unimpressed with the oil industry's performance in Equatorial Guinea. "Their concern is getting oil out of the ground with as little trouble as possible," he says. "Their first priority is not going to be that there is a democratic government. That's not their business and it shouldn't be."

If the oil companies haven't yet succeeded, though, in revamping Obiang's image, they have managed to seriously improve his relationship with the United States since George W. Bush took office. Last November, Bush approved the reopening of the U.S. Embassy in response to intense lobbying from the oil industry, especially Triton Energy of Dallas (which recently sold its Equatorial Guinea holdings to Amerada Hess). Triton's chairman is Tom Hicks, who made Bush a millionaire 15 times over when he bought the Texas Rangers, of which Bush was the managing partner, in 1998. Hicks' leveraged buyout firm, Hicks Muse, is Bush's fourth-largest career financial patron, according to the Center for Public Integrity.

But Bush isn't the only one going to bat for Obiang. Rep. Ed Royce, R-Calif., chairman of the House Africa Subcommittee, and Rep. William Jefferson, D-La., a close ally of the oil industry and leader of the Congressional Black Caucus, recently wrote to the Office of Management and Budget and urged it to speed up the release of funds needed to build the new American Embassy in Equatorial Guinea.

Meanwhile, the current crackdown continues. According to a source with information nearby, people who live near the various houses where the accused coup plotters are being tortured can hear their screams at night, while Obiang's brother Armengol, a top general, is said to be on the scene overseeing interrogations.

It's doubtful that you'll be hearing much about this from the oil companies and Equatorial Guinea's other friends in Washington. They're more likely to be trotting out the latest "proof" that Obiang is a real reformer: His government recently agreed to sign the U.N.'s Convention Against Torture and Other Cruel, Inhuman or Degrading Treatment.