Eric Schlosser uncovers the beef industry's schemes as he reports from the dark side of the All-American meal.

By Read by Rick Adamson 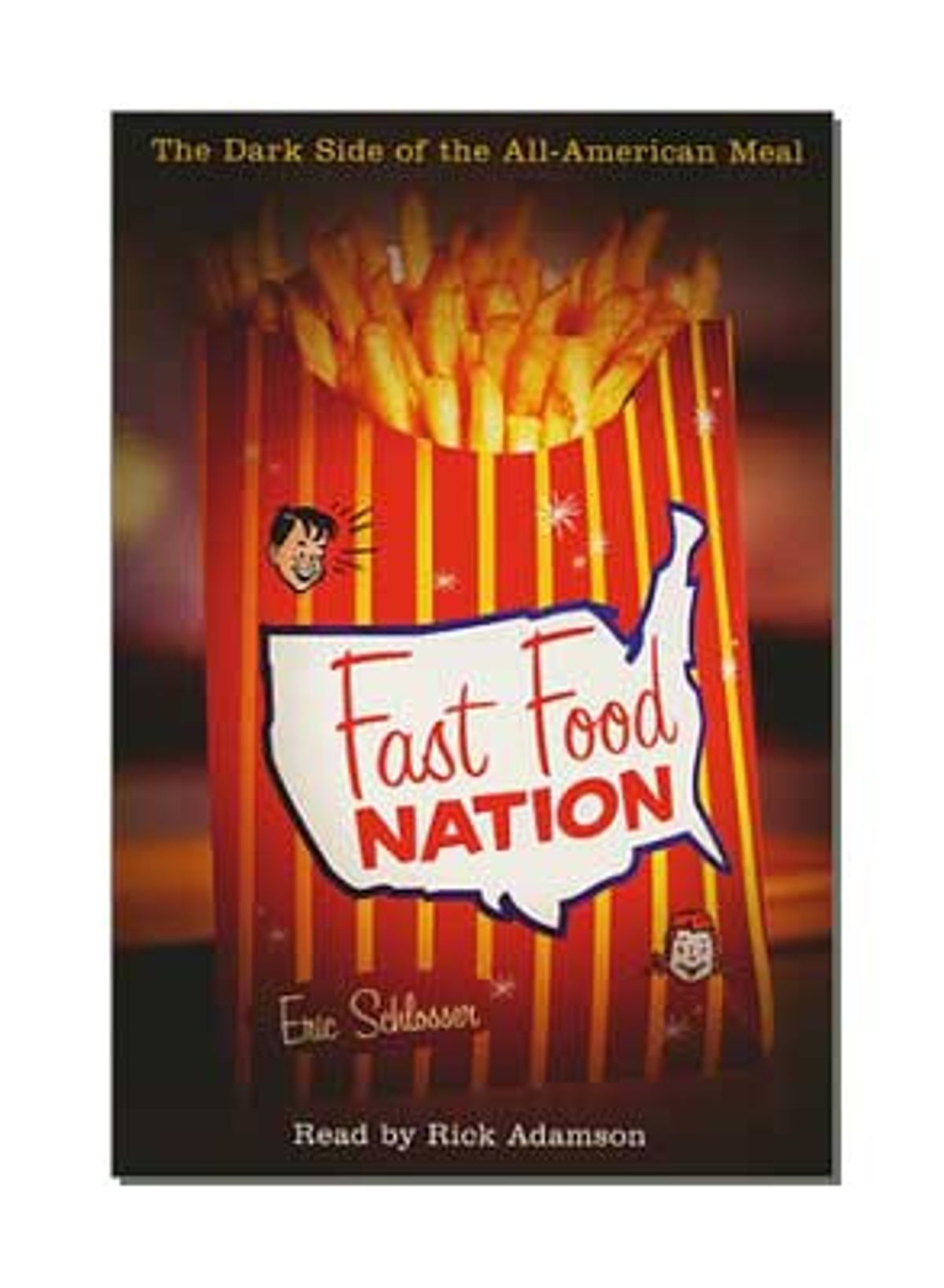 Are we what we eat? To a degree both engrossing and alarming, the story of fast food is the story of postwar America. Though created by a handful of mavericks, the fast food industry has triggered the homogenization of our society. Fast food has hastened the malling of our landscape, widened the chasm between rich and poor, fueled an epidemic of obesity and propelled the juggernaut of American cultural imperialism abroad. That's a lengthy list of charges, but Eric Schlosser makes them stick with an artful mix of first-rate reportage, wry wit and careful reasoning.

Schlosser's myth-shattering survey stretches from the California subdivisions where the business was born to the industrial corridor along the New Jersey Turnpike where many of fast food's flavors are concocted. Along the way, he unearths a trove of fascinating, unsettling truths -- from the unholy alliance between fast food and Hollywood to the seismic changes the industry has wrought in food production, popular culture, even real estate. He also uncovers the fast food chains' efforts to reel in the youngest, most susceptible consumers even while they hone their institutionalized exploitation of teenagers and minorities. Schlosser then turns a critical eye toward the hot topic of globalization, a phenomenon launched by fast food.

MORE FROM Read by Rick Adamson