The case for the wall

A security buffer between Israel and Palestine would force Israel to abandon far-flung settlements, and Palestinians to see that terror doomed their chance for a prosperous, peaceful state. 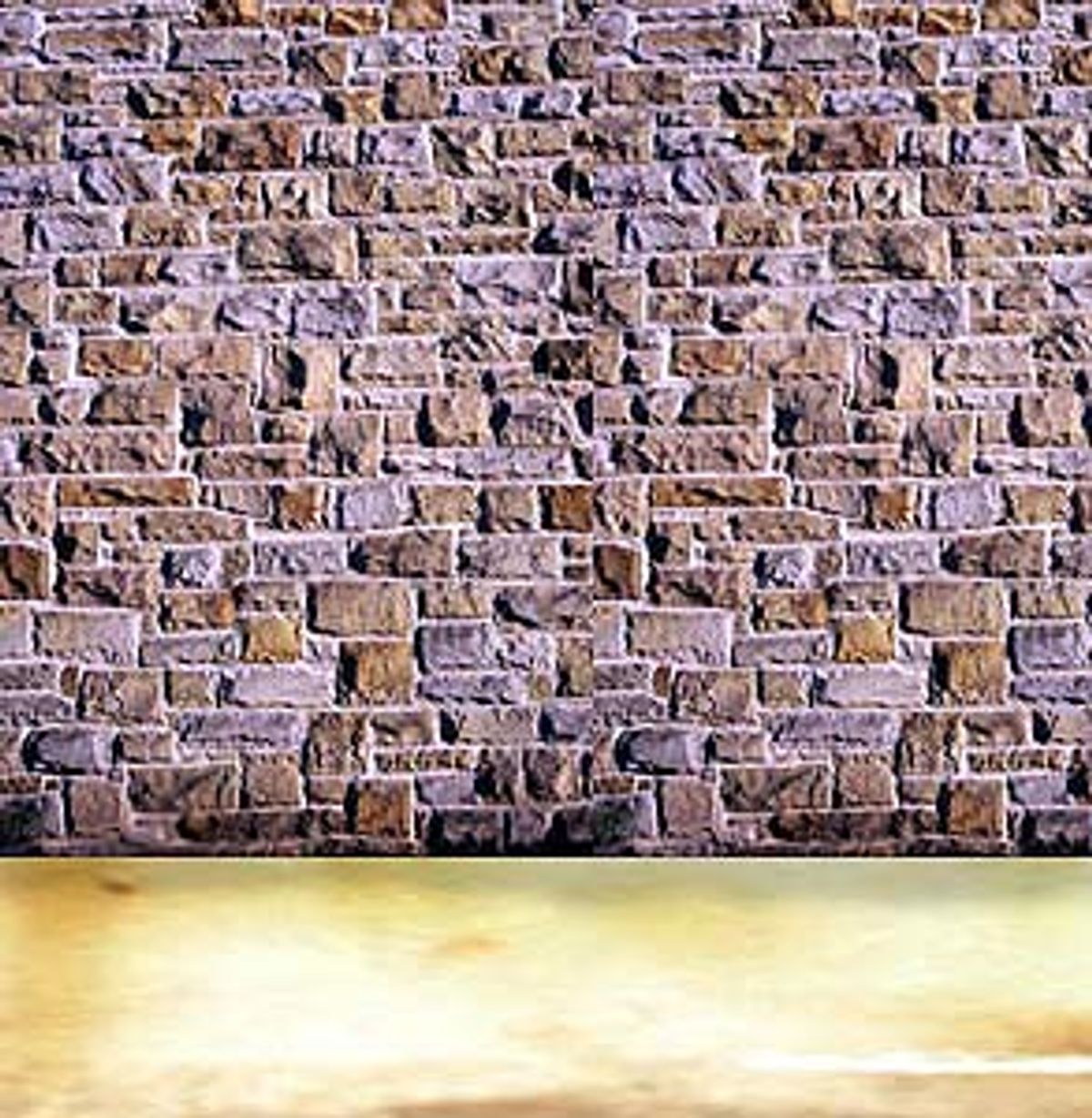 On a torrid, tense afternoon last June, several days after the first major suicide bombing of the al-Aksa intifada, I stood at the center of the tiny and controversial Jewish settlement called Avraham Avinu in the Palestinian city of Hebron. Israeli soldiers manned concrete pillboxes on every nearby street corner. A banner overheard bore the picture of a 10-month-old girl named Shalhevet, killed recently by a Palestinian sniper, and urged the army to retake the hilltop neighborhood from which the fatal bullet had come. "Shalhevet's Blood Cries Out," it said in foot-tall Hebrew letters.

Just then, right on time, the commuter bus pulled up, making its regular stop in Hebron. I boarded and found a seat amid off-duty soldiers, Russian immigrants in tank tops, and Orthodox mothers in calf-length skirts and the crocheted kerchiefs called snoods. Little more than an hour later, having gone through one cursory checkpoint to imply the passage between Israel and the Palestinian territories, the air-conditioned, bullet-proofed vehicle deposited me in central Jerusalem.

The perverse mix of war zone and bedroom suburb I experienced that day in Hebron and its neighboring settlement of Kiryat Arba typified an ambiguity in Israeli policy itself: an inability, even at a time of lethal conflict, to define a defensible border. While Israelis routinely speak of the Green Line, the border prior to the 1967 war, and while everyone knows the approximate contour of the land that Prime Minister Ehud Barak had offered to Yasser Arafat in the failed peace talks at Camp David, the frontier remained willfully porous for reasons that suited both the right and the left.

In the hopeful years between the Oslo accords of 1993 and Ariel Sharon's fateful walk atop the Temple Mount in September 2000, Israel's liberals had seen the unprotected border as a symbol of what peace could offer -- not only diplomatic relations, but an interdependent regional economy. Shimon Peres' vision of a "new Middle East" relied greatly on the proximity of a booming Israeli economy and a vast, affordable Palestinian workforce. For the Israeli right, meanwhile, the refusal to acknowledge a border was a way of hanging onto the messianic dream and nationalistic scheme of Greater Israel, stretching from the Jordan River to the Mediterranean Sea. The existing system of Israeli checkpoints on the major roads crossing the de facto border managed mostly to infuriate Palestinians with long delays and petty humiliations.

The strangeness of this willful refusal to mark and protect the borders was apparent all through the country. It was apparent when I was riding in a taxi with a friend's son toward the Tel Aviv suburb of Ra'anannah, and he indicated the border as simply the place where the fields went from irrigated green to parched yellow. It was apparent when friends both in a West Bank settlement and Jerusalem itself talked almost in consecutive sentences about their fear of terrorism and their frustration that Palestinian laborers could not slip past checkpoints to do construction and home repairs.

Imagine a Texas or Southern California in which the farm workers or maids or janitors who sneak across from Mexico also include the occasional suicide bomber. Imagine a New York in which a Chinese stowaway might wind up busing tables, sewing clothes, or shooting passersby. That was, and is, the condition of Israel with its phantom border.

All this comes by way of saying that after the war must come the wall. The Israeli invasion of Palestinian cities, now ended everywhere but in Bethlehem, may well have reestablished Israeli deterrence, restored relative calm to the nation, and disabused Hamas, Islamic Jihad, and the al-Aksa Martyrs Brigades of the heady fantasy that the Jewish state could be terrorized off the map. But there is no reason to expect the quiet to last long, and there is no reason to believe that Arafat, sprung from confinement by Saudi pleadings to American ears, can ever again be a trusted negotiating partner. No sooner was Arafat freed than Hamas vowed to resume suicide bombings. The most to hope for is a wall, whether real or metaphorical, and with it an end of the cycle of terrorism and retaliation. Maybe in a decade or a generation the opportunity to talk peace, and dismantle the wall, will present itself.

For a year or more in Israel, the idea of "unilateral separation" -- defined by some sort of wall -- has gained appeal as a kind of ideological middle ground in a desperate time. The Israeli newspaper Ha'aretz, voice of the country's liberals, reported May 2 that a petition calling for an "effective security line" was rapidly gathering thousands of signatures.

Americans, even American Jews, wince a little at the notion -- it seems to summon up the Berlin Wall and the oppression that represented. But that reaction may be evolving, too. Now that the Passover suicide bombing in Netanya has stirred the center of American Jewry -- that silent majority that rather passively rooted for Oslo to succeed and felt paralyzed by the sudden fury of the new intifada -- the idea could gain support in America as well.

It can be left to civil engineers, military officers and the Israeli public to decide exactly where and how the wall would run, and whether it would even be a structure at all, or a line of American and other peacekeeping troops. Ehud Barak, for one, has proposed installing a combination of electrified fences and high-tech surveillance devices along the borderline he offered at Camp David. This would mean that Israel would abandon far-flung settlements and protect, but not permanently annex, the settlement blocks close to Jerusalem and Tel Aviv that contain about 80 percent of the 200,000 settlers. Someday, in a better future, the final lines could be negotiated.

Gaza offers perhaps the best case for the wall. Even though it has long been a hotbed of Islamist militancy, Gaza has sent virtually no suicide bombers, for the simple reason that it is fenced off from Israel proper, with entry controlled largely through a checkpoint at Erez. From the West Bank, in contrast, Palestinians can walk across fields and through dry riverbeds into Israel, even during periods of heightened security.

The virtue of the wall, in whatever form it might take, lies in its power to shatter illusions. One illusion is that the settlements contribute to Israeli security. Ariel Sharon articulated that belief just last week, insisting of one Gaza outpost, "The fate of Netzarim is the fate of Tel Aviv." In truth, Israel must stretch its military capacity to guard every outcropping in a veritable archipelago of settlements. Some 5,000 soldiers, for instance, are required to protect the 7,000 settlers amid 1 million Palestinians in Gaza. And still shootings, stabbings, and mortar attacks continue.

As an act of divorce, the wall would shatter an important Palestinian illusion, as well. And that is the belief that the nascent state had nothing to lose when it chose to replace negotiation with armed struggle. Palestinians had a lot to lose, and they have lost it: Those insurance agencies and banks and schools and libraries that the Israeli army bullied through in Ramallah -- they were surely something to lose. So were the former tourist haunts of Nablus' casbah, which became a battleground, where tourists are unlikely to return any time soon. So were the jobs in Israel that Palestinians used to reach through the Erez checkpoint. The Palestinian economy, growing at 6 percent annually before the intifada, has been shattered.

By embracing martyrdom at the expense of nation building, the Palestinians have created the bleak conditions that now require unilateral separation. Their actions undermine their denunciation of a physical wall as a form of apartheid.

President Bush's active role in ending the Ramallah siege -- using American and British troops to help guard six terrorists in a Jericho prison -- raises the prospect that the United States might potentially supply the soldiers to form a human wall. The question is what it would take for an Israeli government to move forward. It may require another election, when Labor could run against Sharon's Likud on a platform of unilateral separation. Although most of Israel's left has abandoned hope for a negotiated peace any time soon, much of the right resists separation. Pointing to the unstable border with Lebanon, to which Hezbollah surged after Israel unilaterally withdrew two years ago, conservatives claim that relinquishing any part of the occupied territories would be construed as weakness by the Palestinians, inviting further terrorism.

Politically beholden to and ideologically aligned with the settlers, Sharon could never be expected to push for even a commonsense withdrawal to a defensible border. It is sometimes said by his advocates that, after the peace treaty with Egypt, Sharon himself as defense minister oversaw the forcible evacuation of the Sinai settlement of Yamit. But it was Menachem Begin, a political leader capable of bold, unexpected strokes throughout his career, who had made the Camp David deal with Anwar Sadat, and Sharon was just doing his bidding.

The Berlin Wall gave walls a bad name, symbolizing as it did a kind of Communist prison. Maybe, though, that was a bum rap. Like so much else from the Cold War, the wall looks eminently rational when compared to decentralized terror in its myriad forms. It might even be said that the wall did its job, by holding East and West apart, like a referee thrusting himself between two enraged boxers. It fell when the time of nuclear brinkmanship had passed, having successfully contained that mortal danger to the world. One could only pray for as satisfying a result to the deadly stalemate between Israel and Palestine.