This is not my beautiful house

We go back to old homes to reinhabit past selves. We don't own them anymore, but they belong to us nonetheless. 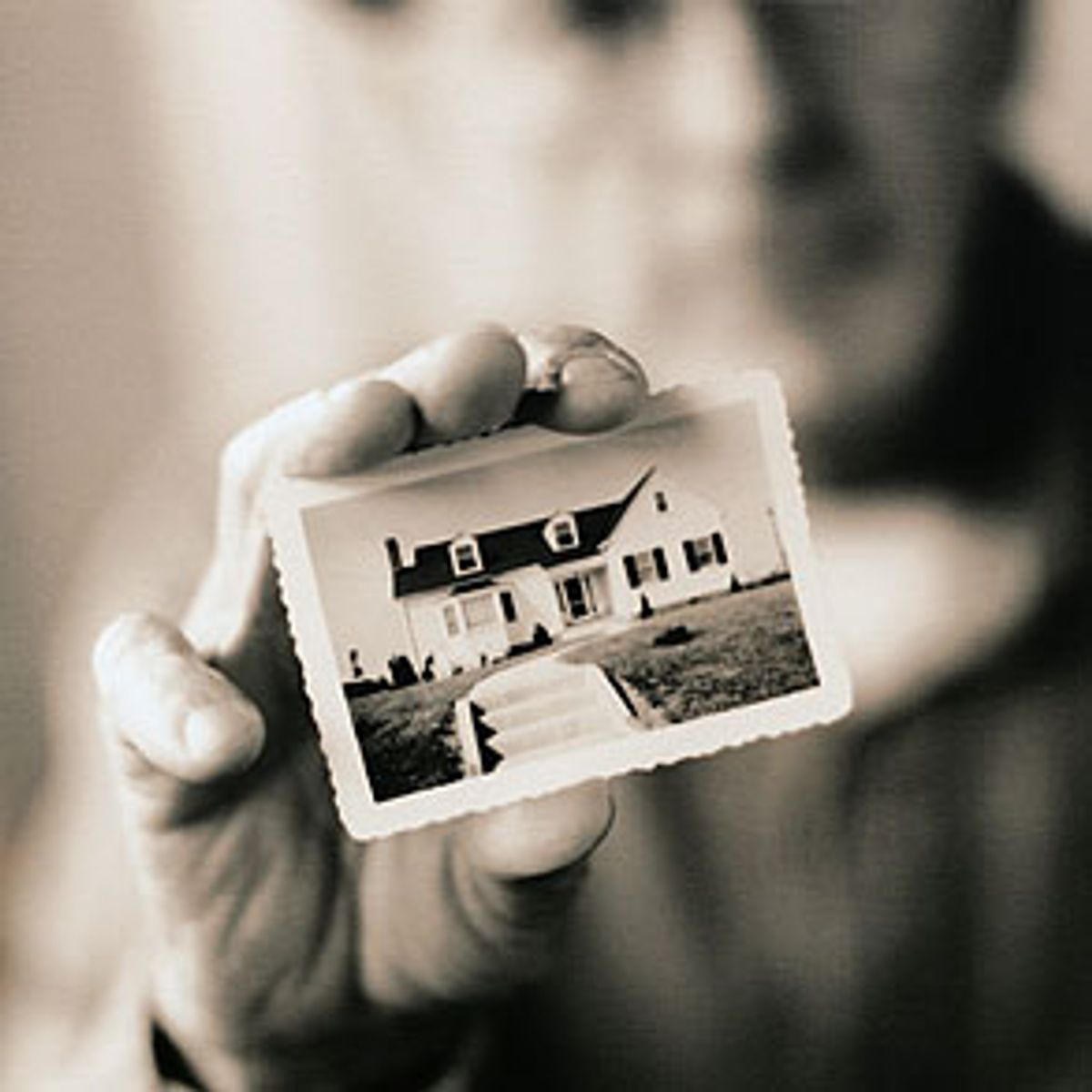 "The door's open," I tell my mother. She nods. We're sitting in a car across the street from the West Los Angeles house my family owned for 20 years and hasn't occupied for 12. It was recently sold and is clearly empty, a work in progress. A Dumpster sits in the driveway beside a pile of lumber. The sound of hammering carries. "Its open," I repeat. "We could go in."

She nods again, without enthusiasm. The desire to revisit homes you've left is a quirky, eccentric one, though if you live in mobile L.A. and always read the For Sale ads, you can fulfill it surprisingly often. To my mother, who sees no point in dwelling on what's past, it is incomprehensible, though I know if I get out of the car, she'll follow. I stand at the entry I once approached with the blindness of habit, and the coming-back feeling rises: a surreal combination of utter familiarity and total strangeness. The lawn edging the driveway is overgrown; a torn screen is propped below a window. Nothing looks as it used to, but I know this place in my bones.

This was the house my family moved up to. The day we closed escrow in late 1969 was pure triumph. For my father, who still had nightmares of walking penniless through 1936 New York, the only achievement that mattered was not being poor; for my mother, needy relation in a family of successful pawnbrokers, heaven was membership in the professional middle class. And now they'd made it: From their beginnings in a Brooklyn walk-up and a Queens semidetached, they'd reached Manhattan, then a California postwar tract traditional, and finally this sprawling brick-front ranch, with breakfast bar, three bathrooms, two fireplaces, and a huge living room overlooking a heated swimming pool.

We settled in. My mother taught school and my father's law practice prospered, and soon there was money for a decorator who turned the house into a paragon of 1970s style, all burnt-orange and shag, urns of dried flowers that "echoed" the rug, and bedroom art that matched the spreads. We were sometimes happy there, often not, but our lives followed a predictable enough suburban trajectory -- my father worked endlessly, my mother chauffeured and shopped, their marriage faltered but survived; my sister and I grew, rebelled, reconciled, left.

I never liked the house, with its haute-bourgeois pretentions and utter lack of mystery or grace, but spend enough time in a place and events bind you to it. Stoned nights, political battles, yearning poetry written in a dark, incense-perfumed bedroom, furtive sex in a pool dressing room -- flip the inner photo-album pages marked "adolescence" and all the scenes are set there.

Later, when I moved almost yearly, it was my only fixed base. Still more shots: anniversary parties, birthday brunches, weekly dinners with the folks accompanied by a changing cast of brought-along men. And then my parents retired and the city grew harsher, and they left for a faux Mediterranean village 100 miles south, where no one was under 60 and where they gradually turned into old people. When my father lost his mind and began staging sit-down strikes on their front lawn, refusing to go into a home he said wasn't his, no one could figure out where he thought he belonged.

"Hello?" I call out. "Can we come in? We used to live here." The hammering stops. Someone mutters assent, then a quick "Be careful!"

I cross the threshhold, halt in shock. The people to whom my parents sold this house never loved it. It got shabby, was sold again and again. A year ago, we heard there'd been a murder here. And now the place is gutted -- kitchen cabinets, living room carpet, bookshelves, fireplaces, hardwood, brick, even the drywall stripped away, everything taken down to the frame.

"Water damage, that's all I know," says a workman, on his knees at the end of the main hall and looking uneasily at my mother, who teeters on the boards and dirt that now make up the floor.

I crane my head, looking for signposts. As in a dream, I recognize the shape of empty rooms, dusty pink tiles in a nearby bathroom. In the den, my mother's prized peg-and-groove wood floor is intact beneath dust and debris.

Beyond the bend in the hall where the workman crouches is the bedroom where she slept for two decades, beside a man who is now dead. She shakes her head mutely; nothing she could see is worth risking a fall. "Thank you," I tell the workman softly; once again, his hammer rises. Outside the front door, my father's geraniums, the third generation grown of cuttings from a plant on my grandmother's Brooklyn windowsill, hang on, weedy and brown, but alive.

I help my mother into the car, drive off in silence. The urge to see old homes is quirky and eccentric, all right, also sappy and maudlin, but at heart, it's radical -- an attempt to defy time. Two decades after I lost my first love, the Hollywood home he'd rented during our breakup went on the market. At an open house, I saw my face framed again in his bathroom mirror. Years after my family left the tract house where I was a child, a former neighbor, baby-sitting for the new owners, let me back in. I stood in my old bedroom, face pressed against the window, eyes closed -- the position I'd held night after night when I was 10, listening, in terror, for the sound of Russian planes coming with bombs.

To go back is to reinhabit, for a moment, selves lost in the past. And it's to say that the relationship between person and place isn't merely a question of title. You always belong to a house you know well enough to navigate in the dark, and it will always belong to you. When you go in the door, it will know who you are.

But there's no recognition to be found in the raw wood and dirt of a dream home that's become someone else's fixer. Three months after visiting the house with my mother, I drive by once more. The new owners have added a second story and a soaring entryway, their own announcement of middle-class arrival. The house is no longer recognizable at all, no longer, in any way, mine. I won't be going back again.

And yet when I dream of being young, when I raise my father from the dead and bring the family together, I see shag carpet, smell chlorine and dried flowers; once again, I'm standing inside those walls. I'm trapped in that house, forever caught and held there, even as it has moved on without me.