A day after the Justice Department announced lawsuits over Florida's 2000 presidential vote, Democrats remain skeptical about whether the suits will touch on the most explosive issues. 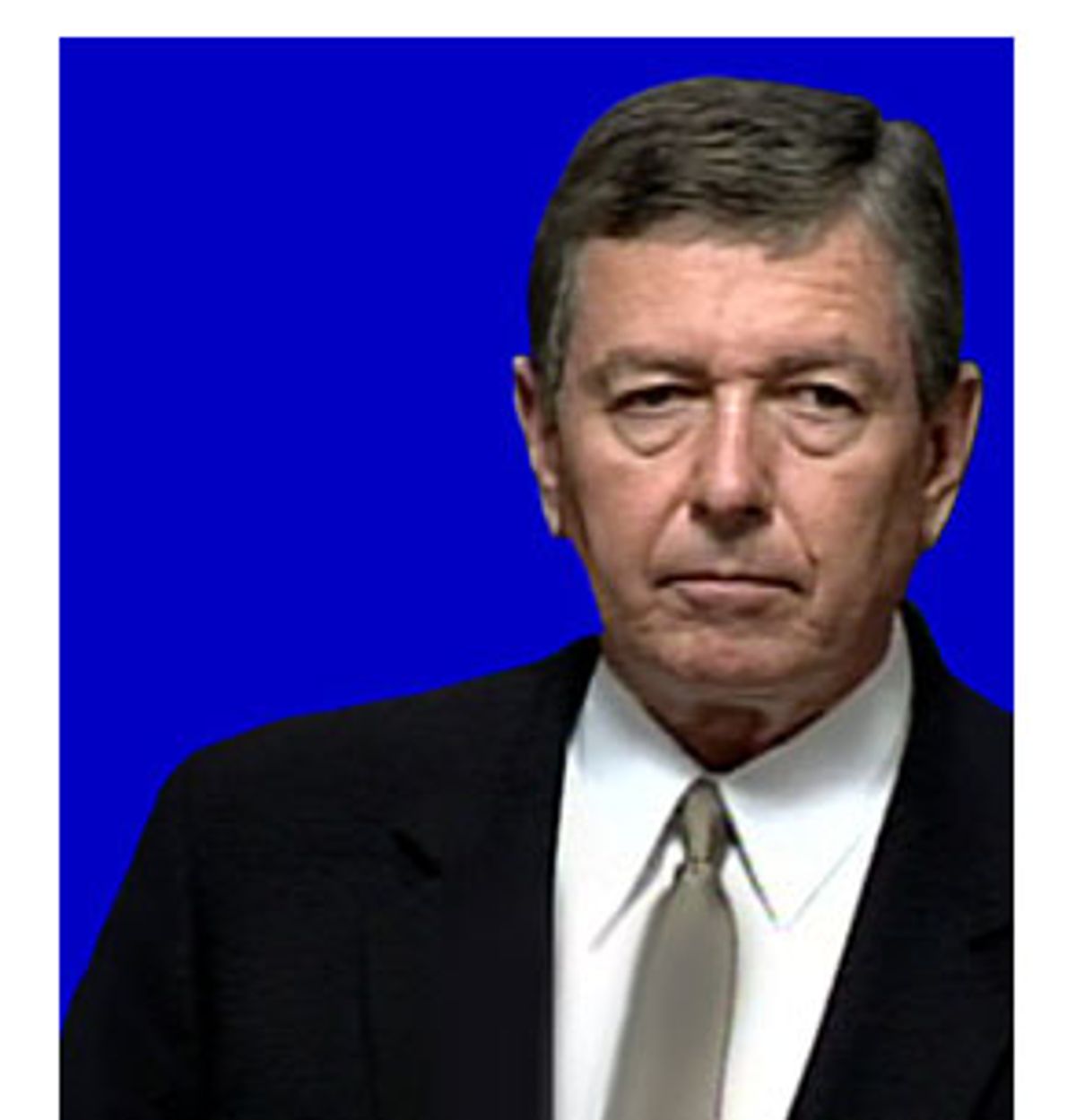 With details still at a premium about pending Justice Department lawsuits surrounding Florida's troubled 2000 election, Wednesday was a day of rampant speculation -- and much skepticism -- about just which issues the DOJ will tackle in its effort to reform Florida's election process.

Senate Judiciary Committee sources say Democratic members of the committee are preparing a letter to Attorney General John Ashcroft, asking him to provide more details about the department's areas of focus in the Florida suits.

Former Gore campaign manager Donna Brazile said she "gave the department the benefit of the doubt" when she first heard about the suits Tuesday, but after she learned about their limited scope, she called them a "total whitewash." "No one's asking them to overturn the election," she said. "We're just asking them to safeguard the rights of every American to vote."

Florida Democratic Party spokesman Ryan Banfill warned that the lawsuits may be little more than "window dressing to provide some political cover for the president and his brother," Jeb, who is running for reelection as Florida governor this year.

But nobody knows for sure, and the Justice Department ain't talking. The confusion began immediately after Assistant Attorney General Ralph Boyd's revelation Tuesday that the department was prepared to file suit against three Florida counties for a series of voting rights violations -- including improper purging of voter rolls, failing to provide bilingual assistance at the polls and problems with access for disabled voters. He said the suits would focus on three Florida counties, as well as one each in Tennessee and Missouri, but refused to provide more details.

Judging from the reactions of many Republican officials, Boyd's disclosure was not exactly what they had planned on. When asked by the Orlando Sentinel Tuesday about the new lawsuits the federal government was filing against counties in his state, Florida Gov. Jeb Bush asked, "What lawsuits?"

But Banfill is not optimistic that the probe will get to the heart of the most serious concerns many Democrats still have about Florida's controversial election. "I saw yesterday they mentioned voter purges. Well, that means they should be looking at [Secretary of State] Katherine Harris. But the fact that her office is not part of this suit makes us think this may not go as far as it should. If they're talking about voter purges, they should be talking about a lot more than three counties," Banfill said.

Harris' office released a defiant and defensive statement Wednesday that read, "Since the day the recount saga ended, Secretary Harris has led the cause of election reform. Her efforts, together with the courage and commitment of Governor Bush and the Legislature, have made Florida the nationally acclaimed leader in election reform. We hope that before anyone in Washington pontificates further about lawsuits, they will hop on a plane to Florida so that they can educate themselves about our accomplishments in election reform."

Officials in many of the familiar election-overtime battlegrounds say they have received no indication that they will be among the three counties targeted by the Justice Department suits.

Officials in Broward, Gadsden, Volusia, Seminole, Leon and Duval counties -- all hotbeds of controversy during the 2000 election overtime -- told Salon they had not been contacted by the Justice Department.

Another one of the counties apparently not on the DOJ list is Palm Beach, home of the infamous butterfly ballot. "We have heard nothing from the Justice Department," said Charmaine Kelly, assistant supervisor of elections in Palm Beach County.

Though the Justice Department refused to talk, Miami-Dade County attorney Murray Greenberg confirmed that his county is on the list.

"We really don't need the Department of Justice prompting us," Greenberg told the Miami Herald. "We're trying. We told DOJ they don't need to file a lawsuit."

Sources told Salon Wednesday that Osceola County was also among the three counties being looked at, and officials there referred all calls to their attorney, John Rich, who did not return calls seeking comment. But one source in the Osceola elections office did say they had received a letter from the Justice Department recently raising questions about whether the county had poll workers who spoke Spanish.

Former Deputy Attorney General Eric Holder said probes like this often focus on recurrent, systemic problems rather than one-time infractions. "That's very important. It really is a prospective remedy," he said. "You take into account what has happened in the past, but it's not a matter of reversing an election, indicting anybody. It's all about putting things in place so that you don't have a repeat of the problems that you've discovered."

So issues like the Palm Beach County butterfly ballots -- problems that are easily avoided next time around -- would not likely be included in these DOJ suits.

Leon County elections supervisor Ion Sancho said speculation among his fellow election supervisors is that the Justice Department suits will steer clear of one of the more potentially explosive charges -- that many voters, disproportionately black voters, were kept from the polls by faulty purge lists.

"I know in Osceola the focus is on the language minority problem," Sancho said. "If a certain percentage of your population is non-English speaking, you're required to provide materials for that population. Clearly that's the case in Osceola County."

The problem with improper purges of Florida voters was first revealed in a December 2000 story in Salon that detailed how Florida contracted with a private firm to purge its voter rolls of felons and other people ineligible to vote. Those lists were provided by Harris' office to each county elections board, some of which feared they were erroneous and simply ignored them. Other counties used the lists, and may have kept thousands of eligible voters from casting ballots because of faulty information in those lists.

The voter purge hit minorities particularly hard in Florida, where 31 percent of all black men are denied the right to vote due to the ban on felons voting. In its report on the Florida election, the U.S. Civil Rights Commission concluded that minority voters' rights had been violated.

According to exit polls, African-American turnout in Florida was 65 percent higher than in 1996; 93 percent of Florida blacks voted for Al Gore, and many Democrats argue the faulty lists cost Gore the election.

Holder, who was Janet Reno's No. 2 at the time of the 2000 election, said it is possible that Justice has refined its investigation down to three counties where misuse of the lists was most problematic.

But in Volusia County, for example, the lists were used, unexamined, on Election Day. "When we get the con felon list, we automatically start going through our rolls on the computer. If there's a name that says John Smith was convicted of a felony, then we enter a notation on our computer that says convicted felon -- we mark an 'f' for felon -- and the date that we received it," Volusia County spokeswoman Etta Rosado told Salon at the time. "They're still on our computer, but they're on purge status," meaning they have been marked ineligible to vote.

Volusia County officials said Wednesday their county has not been contacted by the Justice Department, and is likely not one of the three Florida counties that will potentially be sued by the federal government.

Of course, the problems in Florida went beyond faulty purge lists. The Civil Rights Commission found a litany of other problems in Florida on Election Day, including at least one case of police intimidation in a minority neighborhood and unexpected and unannounced closures of polling places that hampered voters' access to the polls.

Ted Shaw, associate director of the NAACP Legal Defense Fund, which currently has a wide-ranging federal discrimination suit pending in Florida regarding Election 2000, says some of the findings of the commission could not be nailed down in their investigation. "There were allegations of the police and roadblocks, etc., but we were never able to get solid information on that," he said.

In local election offices around the Sunshine State Wednesday, it was déjà vu all over again, as officials fielded calls from reporters and political operatives across the country. Once again, those Florida county names -- Okaloosa, Osceola, Alachua, Okeechobee -- danced across the wires as a frantic search ensued to find the three counties that were preparing for the possibility of being sued by federal government.

"It seems like too little, too late," said Democratic National Committee spokesman Bill Buck. "The most important thing that needs to be done is passage of electoral reform law, which the Bush administration continues to brush aside. That really has to be addressed before the midterm elections. If not, it shows the Bush administration has no interest in really solving the problems we saw in Florida."

If and when they are filed, the Justice Department suits will be the latest in a series of lawsuits still pending from that fateful election. Among them is the suit filed by the ACLU, the NAACP and other civil rights groups in January 2001, which names Miami-Dade, Broward, Hillsborough, Duval, Orange and Volusia counties as defendants. Leon and Broward were originally named in the suit, but have since settled.

A class action suit filed on behalf of Florida's half-million ex-felons is also looming, which directly challenges the state's law prohibiting people convicted of a felony from ever voting in Florida, even after they have served their sentence.