Jennifer Lopez kicks butt in a sleazy, paranoid revenge fantasy pretending to be an "issue" drama. 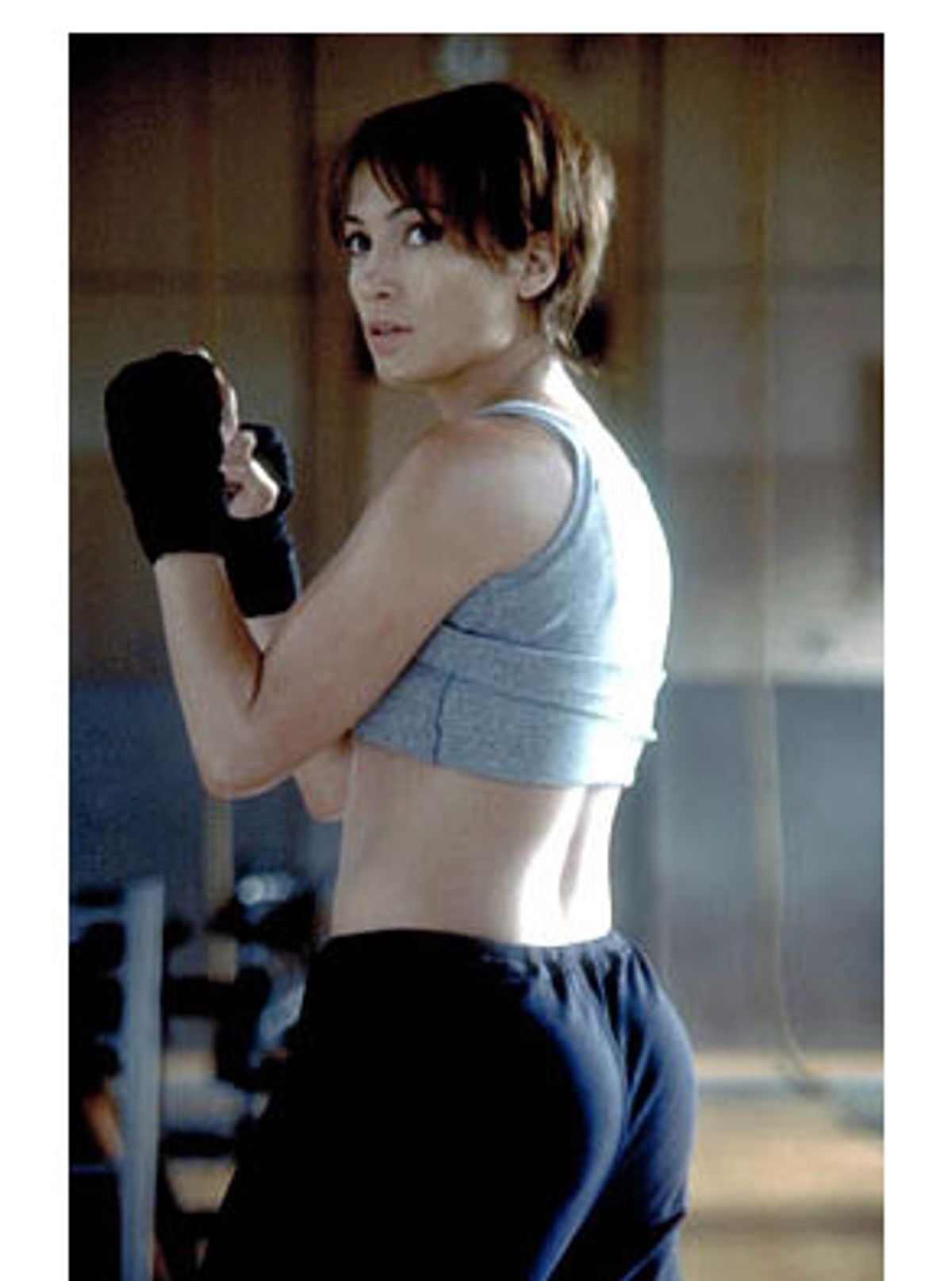 If you go to enough Hollywood movies, you get used to being played for a sucker. You know how movies manipulate you, and that knowledge becomes part of the wariness -- or pleasure -- with which you watch them. But at the very least, the manipulation should have some cleverness or craft behind it. The melodramatic thriller "Enough," directed by Michael Apted from a script by Nicholas Kazan, is about a woman (Jennifer Lopez) on the run with her little daughter from her abusive creep of a husband (Billy Campbell). It appears to have been made by people to whom the idea of narrative logic or cohesion is an entirely foreign concept.

Scene by scene, plot development by plot development, "Enough" makes no sense. I saw the movie with a friend who's a mystery novelist -- you know, someone who constructs plausible plots for a living. But I think you'd have to be comatose or mentally incompetent not to find "Enough" ludicrous. If this were a serious drama about the inadequacy of restraining orders in cases of domestic violence, it would be impossible to deny; the news has been full of too many dead women who had restraining orders against their spouses or boyfriends. And if "Enough" argued that some of these guys are so relentless that death is the only thing that can stop them, it might not make everyone in the audience comfortable but it could have been a prickly, unresolvable movie.

Instead, "Enough" preys on women's fear and resentment of men, as well as the suspicion that the law doesn't do enough to help victims of domestic violence, cranks it up to a melodramatic pitch and tries to get the audience riled up. Watching it, you can only hope that the sheer asininity of it all will be so glaring it will get in the way of people's visceral response. (At the preview screening I attended, the sporadic attempts at applause and cheering sounded pretty halfhearted and died out pretty quickly; the laughter the movie provoked had a longer life.)

When Lopez's Slim (the name may be meant in homage to Lauren Bacall in "To Have and Have Not") goes to the cops after her husband first beats her, she quickly understands that a restraining order isn't going to protect her from anything. By the time friends find her unconscious after hubby has kicked her in the ribs, and when thugs working for her husband pose as FBI agents at a friend's apartment where she's taken refuge, and still nobody calls the cops, you know you've left terra firma behind.

Even Slim's estranged father (that missing-in-action charmer Fred Ward, lending his sharp and craggy finesse to two scenes), a wheeling-dealing businesman, doesn't do anything when the phony FBI agents threaten him -- and this guy looks like he has the juice to take care of them. The movie might have gotten by with those twists if it showed Lopez as simply too fearful to take the chance of pissing off her husband. But she's the movie's spunky heroine and Apted and Kazan treat her fears as perfectly logical.

Lopez also refuses to go to a battered women's shelter, or to seek the help of underground pipelines, because, she says, she doesn't want her daughter to be "tainted." Her notion of what's harmful, however, doesn't include keeping her daughter around while she survives one close call after another from her relentless pursuer. When she's finally found a safe haven, she inexplicably makes weekly calls to her mother-in-law -- who's shown her no support -- and even allows her little girl to call Daddy. In one scene, after a narrow escape, Lopez and the little girl stop in a diner for a meal and sit in the window, in full view of anyone passing by.

Of course, even though the husband is supposedly trying to get his daughter back, his henchmen also put the child's life in danger by trying to run the car she and Slim are riding in off the road, a scene that serves no purpose beyond working the audience over some more. (The young actress who plays the child, Tessa Grant, is such a squeaky, whining little moppet that Campbell's threat to take her away from her mother forever doesn't seem like any big loss.)

Lopez's self-defense training apparently includes something like the regimen for that girl on "Alias" because soon she's disabling locks, rejiggering electrical systems and setting up gizmos that block cellphones. When she realizes that the only way to be safe from her husband is to engineer a scenario where she can provoke him to violence and thus get evidence to use against him, she walks away from the encounter with a smudge of blood on her face while her husband is a bloody pulp. "Self-defense isn't murder," Lopez keeps saying (it's also the movie's tag line). Find me a cop who wouldn't think there was something fishy in this crime scene, or a jury that would buy this beating as self-defense.

It's too much to expect this vigilante flick in feminist clothing to get into the psychology of a batterer, but Billy Campbell's Mitch stops being anything like a plausible character early on. He has a few good moments in the beginning, when he stands up chivalrously to a diner customer who comes on to Slim. When he tells her at their wedding that he wants her to feel safe, it's a good, cockeyed, signals-crossed moment: We hear his possessiveness, while Slim hears old-fashioned romantic commitment.

But both the character and Campbell's performance have nowhere to go except full-on monsterhood. Mitch becomes the repository of every female gripe against men. Stalkers are scarily focused on their targets, to the exclusion of everything else; Mitch's possessiveness should translate as a frightening laser-lock on Slim. But the movie has to make Mitch a philanderer as well as a batterer, as well as a guy who believes his wife exists to be his servant. What "Enough" misses -- what's true but far too tricky a notion for this movie -- is the charm of most abusers, the thing that allows women to be suckered by these guys again and again.

Lopez is perfectly fine in the opening scenes as a diner waitress. Attractive (especially to the camera) without being extraordinarily beautiful, Lopez can easily look like a girl you might see on the street or the subway. That's part of her appeal. And she has a flat, streetwise deadpan that she puts to good use for delivering one-line putdowns. But when she has to start huffing and puffing and displaying hysterics, she doesn't show the range or depth to pull it off.

Apted is working here off of Lopez's slight build. Essentially, we're all waiting for her to kick the shit out of her husband. (My mystery-writer friend leaned over at one point to observe that the whole movie is nothing but buildup.) There's no satisfaction when it finally happens, however, and not just because the movie is so bad.

Who can deny that there are many women in Lopez's position, too scared or financially dependent on their abusive partners to get themselves help? What's despicable about "Enough" -- and I don't think that's too strong a word -- is the way it exploits that situation for what's essentially a revenge fantasy. If the movie were simply saying that it's morally justified to fight back against abusers, only idiots like the ones who thought we should love-bomb the Taliban would argue.

"Enough" goes considerably further. It tells women that their abusers will just keep on coming, that the cops and the courts and even the women's shelters and networks can't help them. That they can only help themselves by becoming as big a bully as the lug-heads they're running from. This is empowerment as a Charles Atlas ad.