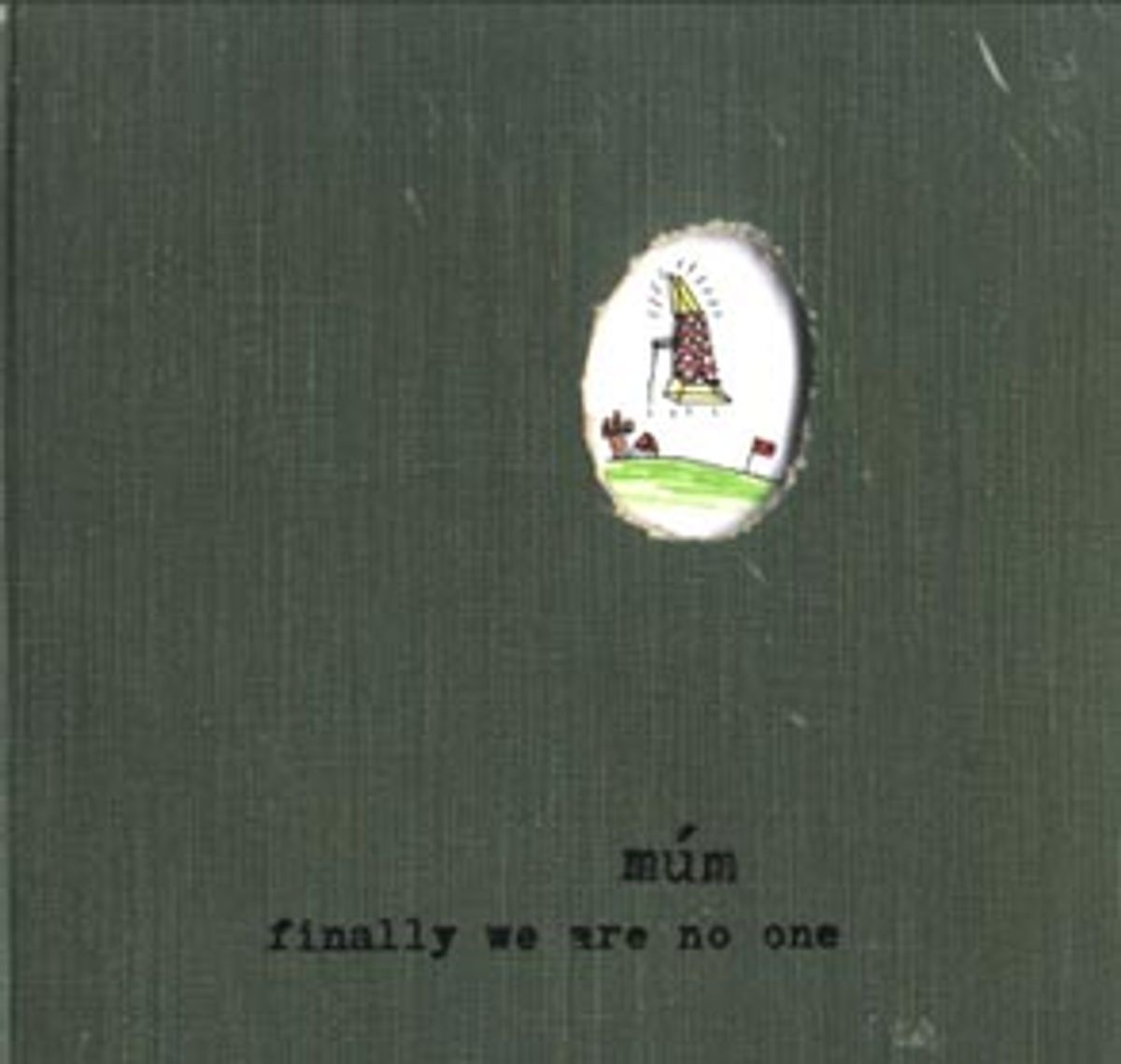 Mum, formed in 1997, are two guys and two twin sisters hailing from Iceland. "Finally We Are No One" is their second album, the follow-up to "Yesterday Was Dramatic -- Today Is Okay" released in 2000. On this release Mum return with the same intricate, laptop-based glitch beat programming featured on their first record, but they shift their focus to a warmer sound, sprinkled with soft vocals and richly textured acoustic elements such as guitars, bass, accordion and cello.

Iceland, of course, is also the home of pop chanteuse Bjork and indie band Sigur Ros. Like both of those acts, Mum create beautiful soundscapes and subtle, fragile arrangements. But instead of the vocal acrobatics of Bjork or the wind-swept, static noise epics of Sigur Ros, Mum make electronic music with a strong affinity for liquid sounds. Throughout the album, water seems to be trickling and seeping in through the cracks of drum patterns, washing over bleeps and bass lines.

Mum have performed concerts in unusual places, including shows in Iceland's public pools. (The band used U.S. military underwater speakers while listeners floated on water with their ears submerged; you had to be in the water to hear anything at all.) "Faraway Swimmingpool" feels like an attempt to simulate that experience, and many other tracks on "Finally" have an equally bubbly, yet muffled quality.