Tom Waits released two proper records in a decade. Then he dropped two crusted with rust and riotous cacophony in one day. 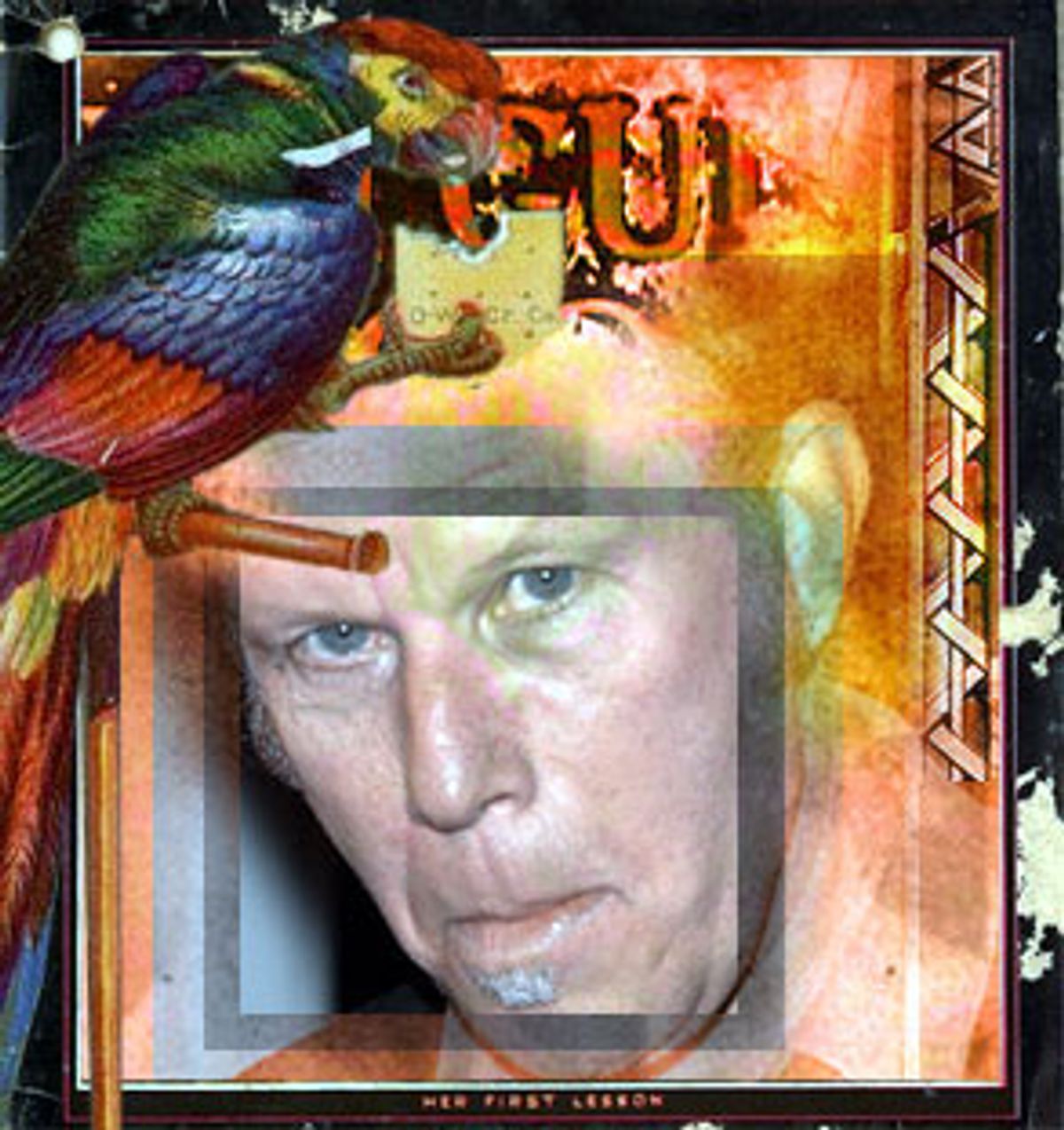 For a musician who spent the first decade of his career sounding (and looking) like he might hang around pay phones scrounging for returned nickels, Tom Waits has done nicely for himself. There's the acting -- from small parts in several Francis Ford Coppola films to a meaty role alongside Jack Nicholson and Meryl Streep in "Ironweed" -- which sometimes threatens to overtake his main gig. There are the royalties from bigger stars' covers of his songs: "Jersey Girl" was a live Springsteen staple for years, Rod Stewart scored a latter-day hit with "Downtown Train" and the early "Ol' 55" appears on the Eagles' "On the Border." And then there's the $2.375 million Waits was awarded in 1993 in a suit against Frito-Lay, whose admen unwisely lifted his distinctive carnival-pitchman delivery from 1977's "Step Right Up" for a Doritos spot. Not chump change for an artist who once quipped that he gets less airplay than Marcel Marceau.

With this security, the '90s and oughts have found Waits free to make such career moves as not releasing a new studio album between 1992's "Bone Machine" and 1999's "Mule Variations." Or, at present, releasing two on the same day: the brand-new "Alice" and "Blood Money" (originally titled, perhaps too Stephen-Kingishly, "Red Drum"). This apparent creative spurt is a touch deceptive. Though the recordings are recent, "Alice" is based on Waits' and wife Kathleen Brennan's score for a Hamburg production of Paul Schmidt's play of the same name (based in turn on the works of Lewis Carroll), mounted in 1992 by avant-theater giant Robert Wilson. Waits' belated decision to officially record this material may be related to the recent circulation of bootlegs of his original demos. "Blood Money" is the fruit of a more recent Waits-Brennan-Wilson collaboration: a new staging of George Buchner's "Woyzeck," one of the cornerstones of German modernist theater. ("Alice" also played the Brooklyn Academy of Music in 1995; "Wozzeck" is slated for New York and Los Angeles later this year.)

Both discs appear to have been recorded in an extended set of sessions in the same Northern California studio, with the same cast of musicians: Longtime Waits bassist Larry Taylor, formerly of Canned Heat, violist Bebe Reisenfors and multireed player Colin Stetson are among the stalwarts, while ex-Police drummer Steward Copeland guests on one track of each. Beyond that, they're as distinct as the works they're drawn from: a genteel fantasy with pedophilic undertones by a Victorian logician and a fragmentary revenge tragedy by a German political radical who died of typhus at 26.

The albums' opening tracks outline the difference starkly. "Alice" is a last-call rumination on vanished love à la "The Man Who Got Away" or "The Wee Small Hours of the Morning," with a melody and arrangement worthy of its models. Backed by muted trumpet and Dexter Gordon-inspired sax, Waits gives a thoughtful (though gravelly as always) piano and vocal performance: "I must be insane/ To go skating on your name/ And by tracing it twice/ I fell through the ice/ Of Alice." (Of course, knowing that the song is addressed to Rev. Dodgson's pinafored nymphet muse twists the sentiment somewhat.)

"Blood Money's" "Misery Is the River of the World" is at the opposite end of Waits' range. Over a welter of gongs, marimba and calliope, he scrapes the bottom of his voice to deliver a grim anti-sermon: "You can drive nature out with a pitchfork, but it always comes roaring back again." The song has a clear forerunner in "What Keeps Mankind Alive?" from "The Threepenny Opera," which Waits performed on the Kurt Weill tribute album "Lost in the Stars." Even so, his rewrite captures Buchner's materialism perfectly; by the end, the singer is barking "Everybody Row!" like the captain of a slave ship with the whole human race in the hold.

Buchner, Carroll, Brecht and Weill, Robert Wilson: Waits' didn't always have friends (or sources) in such high-toned places. Emerging in Los Angeles in the early '70s, he couldn't have been less in step with prevailing musical trends. His observational lyrics, drunk on hipster slang and blearily focused on urban life's has-beens and never-weres, were a far cry from the quasi-mystical introspection of most singer-songwriters, while his obvious love of jazz and Tin Pan Alley made him (like Randy Newman) an odd man out in a decade that saw rock decisively displace older forms of pop. On seven albums bookended by 1973's "Closing Time" and 1980's "Heartattack and Vine," Waits perfected this Last Beatnik persona, perhaps too well. All these records contain gems -- 1977's "Small Change" may be the most consistent -- but their self-mythologizing and air of pastiche takes away from the quality of the songwriting.

In 1983 "Swordfishtrombones" changed all that. Waits overcame his fetish for live-in-the-studio recording and replaced the session cats and lush string sections of his early work with varied, impressionistic musical settings, often relying on out-of-date keyboards (harmonium, Chamberlain) and scrap-heap percussion. The album's character owes much to Waits' discovery of Harry Partch, a maverick American composer who built an orchestra's worth of invented instruments, often from found objects. (Partch's best-known work is "Barstow," an art-song setting of hitchhiker graffiti found in the California desert.) But "Swordfishtrombones" and its follow-up, "Rain Dogs" (1985), also partake of tango, country and Howlin' Wolf-style gutbucket blues. Waits stretched vocally as well, using his limited instrument to define the characters in his songs -- here a street-corner preacher, there a sailor "trying to squeeze the life out of a two-day pass."

"Frank's Wild Years" (1987) was another departure, tracing the path of a character glimpsed on "Swordfishtrombones" from park-bench bum to third-rate lounge accordionist and back via Sinatra-style bravado ("I'll Take New York") and maudlin Irish balladry ("Innocent When You Dream"). The songs formed the spine of Waits' and Brennan's stage play of the same name, which was only seen in a three-month run in Chicago. Plans to have Robert Wilson direct fell through, but Wilson -- then known to music audiences for his work with Philip Glass ("Einstein on the Beach") and David Byrne ("The Knee Plays") -- later tapped Waits to score 1992's "The Black Rider," based on themes from German folk literature, leading to the European theatrical productions on which the current pair of albums are based.

Of the two, "Alice" is more effective shorn of its original dramatic context. "Last night I dreamed that I was dreaming of you," one song begins, and much of the album pivots restlessly between the imaginary and the just possibly real. On "I'm Still Here," Alice looks for a way back up the rabbit hole: "You haven't looked at me that way in years/ You dreamed me up and left me here." Elsewhere, Waits darkens Carroll's whimsy with hints of mortality and corruption: "We're All Mad Here" takes the Tea Party six feet under, where "your eyes will die like fish/ And the shore of your face will turn to bone," while bad little boys and girls end up hustling on the "Reeperbahn." Not everyone suffers such a fate: "Tabletop Joe" (who sounds suspiciously like Louis Armstrong) is a pianist "born with out a body" who finally wins "top billing in the Dreamland show."

There's room here for hokey shuffles, skeletal sea chanteys and the distressed cabaret sound of "Kommienezuspadt," but the prevailing mood is hesitantly lyrical, wrapping Waits' piano or pump organ in clarinets and a modest string section, with hardly a drum in sight. Several songs employ the rarely heard "Stroh violin," which attaches a trumpetlike bell to the instrument, allowing it to compete with louder brass instruments. The resulting rusty-gramophone effect is nicely suited to the sentimental, music-hall melodies of "Flower's Grave" and "Fish and Bird." "Alice" is a rich, unsettling experience, no more in need of visual accompaniment than an old radio serial.

"Blood Money," the Underworld to "Alice's" Wonderland, is more problematic. A two-sentence outline of Buchner's play helps: A poor military barber, Woyzeck stabs his wife, Marie, after her brief affair with a traveling soldier. Returning to the murder scene to find his knife, he drowns in a river, where he's discovered by his child. "Woyzeck" already has a distinguished musical setting -- Alban Berg's 1921 opera, one of the first composed on the 12-tone principles of Arnold Schoenberg. Waits' score wisely doesn't try to out-Berg Berg: "Knife Chase," the longest instrumental section included here, sounds more like mangled Mancini. Waits' and Brennan's treatment transfers the play's fairground scenes to a more contemporary circus setting. Hence that calliope, and the Irving Berlin-ish "Coney Island Baby" (no relation to the Lou Reed album of the same name).

Except for the plaintive "All the World Is Green," this music is appropriately jagged and earthbound. But "God's Away on Business" and "Starving in the Belly of the Whale" repeat the sentiments and vocal approach of "Misery's the River of the World" to progressively less effect, at least on record. And changing a few pronouns from the printed lyrics doesn't mask the fact that certain songs were written to be sung by the doomed Marie ("The world don't care what a sailor does in town/ It's all hanging in the windows by the pound"). Releasing these songs in the context of an independent album rather than an "original cast recording" is understandable -- when was the last time you sat down with Paul Simon's "The Capeman"? But clear-voiced country singer Crystal Gale was surprisingly effective on his soundtrack for Coppola's "One From the Heart," and something similar might have worked well here.

Still, much of "Blood Money" is prime Waits ("I always play Russian Roulette in my head/ It's 17 black and 29 red"), and the atmosphere of discordant beauty that pervades both albums is his singular contribution to contemporary popular music. In Buchner's other major play, "Danton's Death," a character comments on the subjectivity of ugliness: "There is an ear for which the riotous cacophony that deafens us is but a stream of harmonies." Tom Waits may not have been born with those ears, but he must have visited the right pawnshop.

Franklin Bruno writes on music for Time Out New York and L.A. Weekly. He records under his own name, and as a member of Nothing Painted Blue.