Blaming "bureaucratic red tape" for the FBI's 9/11 failures, the top lawman essentially tells the public, "Trust us." Should we? 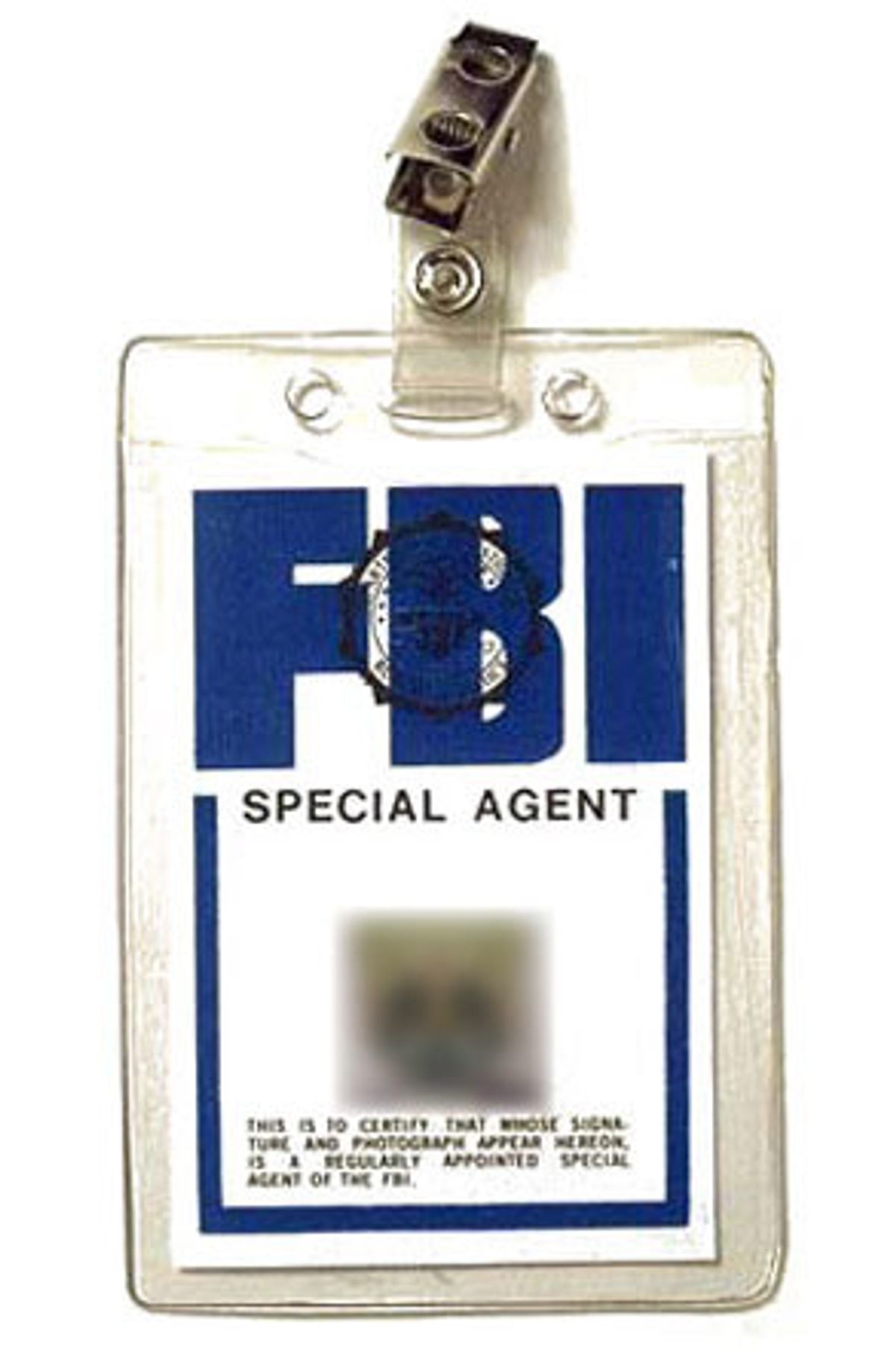 Attorney General John Ashcroft's granting of increased powers to the FBI may seem like a case of strange timing. Why, after all, would Ashcroft reward an agency with more authority as it comes under fire for fundamental incompetence, not to mention its history of abusing its power?

But a day after FBI Director Robert Mueller's dramatic concession of failures in the agency to prevent the tragedies of Sept. 11, it became clear that Ashcroft intended to also blame excessive "bureaucratic red tape" for the agency's failures. Critics were quick to decry this new weakening of previous restrictions as a further diminishment of civil liberties.

The new guidelines give local field agents more autonomy to conduct counter-terrorism investigations without approval from Washington. That part seems a direct response to the concerns raised by Minnesota FBI agent Coleen Rowley, who made headlines last week with her scathing, 13-page memo to Mueller. Rowley said current FBI guidelines force field officers to jump through a series of bureaucratic hoops, which greatly slows down investigations.

Ashcroft said the new rules would also allow agents to monitor and infiltrate religious and political groups suspected of terrorist activities, and even, Ashcroft said, gives agents new freedom to surf the Internet. With great flourish, Ashcroft derided the old rules for prohibiting agents from using "the Internet in the same manner as any member of the public might do."

Under the old guidelines, for example, if an FBI agent got a tip about a person's possible link to al-Qaida, that agent could not do any Internet searches for that person and al-Qaida unless a crime had already been committed, according to Justice Department spokesman Mark Corallo.

"They couldn't even do things like go online and do searches on general topics unless it was in accordance with an open investigation," Corallo said.

Another major change announced Thursday was permission to allow FBI agents to pose as ordinary citizens and infiltrate religious or political groups.

Ashcroft went to great lengths to point out that such infiltration would only be permitted "for the purpose of detecting or preventing terrorism or other criminal activities." Civil libertarians worry that the term "terrorism" is too broadly defined, and the new guidelines essentially give the FBI carte blanche to spy on domestic political groups.

So, how does Ashcroft define "terrorism"?

"Well, obviously, terrorism has definitions," Ashcroft said. But Justice Department officials said they could not immediately provide a working definition of what would be considered "terrorism" by the department, only offering that definitions could be found in case law and a series of government rules and regulations.

When asked at the press conference if the new guidelines meant agents could now, for example, try to infiltrate mosques, Ashcroft offered an indirect "yes," but made sure to add that he was simply giving FBI agents rights that ordinary citizens already have.

Since Sept. 11, the FBI and other law enforcement agencies have charged that some mosques are hotbeds of terrorist activity. Osama bin Laden reportedly established his first American terrorist cell at a Tucson, Ariz., mosque, and many terrorist organizations, including al-Qaida, reportedly use mosques for fundraising and recruitment for terrorist activities.

Among them, the Islamic Center of Cleveland has been investigated for raising money for Islamic Jihad, which the State Department lists as a terrorist organization. Brooklyn's Al-Farouq Mosque has also been linked to "Afghan jihad" fundraising.

The irony is that Ashcroft and many members of Congress are now asking the FBI to do exactly what Congress reprimanded the bureau for doing in the 1960s: conduct domestic surveillance and espionage. Ashcroft's announcement, coupled with previous changes passed as part of the USA PATRIOT act, amount to a dramatic spike in the FBI's authority as it makes the transition into a domestic espionage agency.

Danny Coulson, a former FBI commander who founded the bureau's counter-terrorism squad, says that while there may still be some nervousness about domestic spying, the changes are long overdue. "The [old] domestic guidelines -- to look at domestic groups like neo-Nazis, Ku Klux Klan -- are very restrictive," Coulson says. Coulson's selection of domestic groups would seem to reinforce the assertion made by Dempsey that these new rules are geared primarily toward domestic terrorist groups. "You basically have to have information that a crime is about to be committed before you can investigate a group."

But the linchpin in the new FBI mandate is public trust. Mueller and Ashcroft have essentially asked the American people to give the FBI the benefit of the doubt, and to trust the agency with increased surveillance powers, even though history provides plenty of reasons not to.

Coulson says some of the problems were created by well-intentioned members of Congress trying to clean up the messes of the FBI and CIA in the 1970s. In the mid-1970s, the CIA and FBI came under fire for illegally spying on American citizens. Three investigations (congressional inquiries led by Sen. Frank Church, D-Idaho, and by Rep. Otis Pike, D-N.Y., and the Rockefeller Commission led by then Vice President Nelson Rockefeller) led to a series of reforms, including the creation of the House and Senate Intelligence Committees to oversee the actions of American intelligence agencies.

"We did some things that were absolutely ridiculous, and because of that a tremendous cloud of suspicion grew over the FBI," says Coulson. "Even now, I think that's part of the problem. People are concerned with how much authority you should give to the bureau."

In a series of upcoming congressional hearings looking into intelligence failures pre-Sept. 11, Ashcroft and Mueller will likely face off with true critics of the new guidelines. Last year, though, Ashcroft seemed to effectively muzzle would-be critics through an implicit threat. When called to testify before the Judiciary Committee last December, Ashcroft demanded passage of the new anti-terrorism bill, saying, "To those who scare peace-loving people with phantoms of lost liberty, my message is this: Your tactics only aid terrorists -- for they erode our national unity and diminish our resolve. They give ammunition to America's enemies, and pause to America's friends. They encourage people of good will to remain silent in the face of evil."

Others, like Sen. Russ Feingold, D-Wis., have argued that the new surveillance powers pose a direct threat to the American way of life. "Preserving our freedom is one of the main reasons that we are now engaged in this new war on terrorism," Feingold said when he cast the lone congressional vote against the USA PATRIOT Act. "We will lose that war without firing a shot if we sacrifice the liberties of the American people. That is why I found the anti-terrorism bill originally proposed by Attorney General Ashcroft and President Bush to be troubling."