"The Importance of Being Earnest"

Rupert Everett gets Wilde in his bones, but this well-cast adaptation somehow feels obvious and overblown. 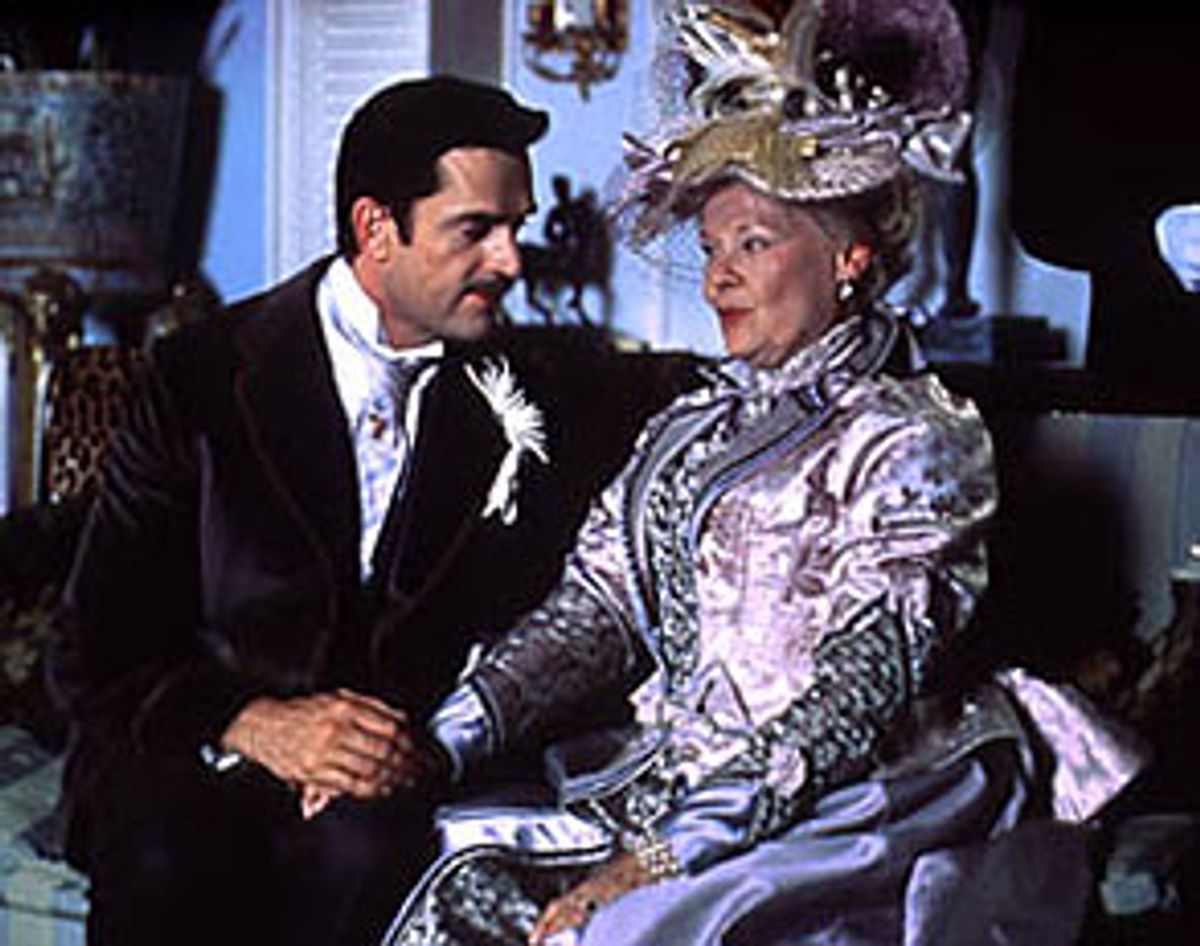 No adaptation of an Oscar Wilde play should go wrong when it stars Rupert Everett: He simply gets Wilde in his bones, without being hamstrung by an urge to somehow freshen the material or make it feel more "modern." He was bliss to watch in the 1999 "An Ideal Husband" -- his lines always hit on just the right beat, but more important, he also knew that Wilde should be played mostly with the eyebrows. What Everett doesn't say, and how he doesn't say it, represents the purest interpretation of Wilde possible.

So it's hard to understand how "The Importance of Being Earnest," which also stars Everett and was adapted and directed by Oliver Parker, the same man who made "An Ideal Husband," goes so wrong. "The Importance of Being Earnest" is a much more preposterous play, designed to feel more outlandish and unreal with each plot twist: It's the story of a resolute, carefree bachelor-scoundrel named Algernon (Everett) and his pal, the more buttoned-down Jack (Colin Firth), who have both fallen in love with women who are mad about the name Earnest.

There's also a local clergyman (Tom Wilkinson) who's secretly in love with Cecily's spinster governess Miss Prism (Anna Massey), as well as a missing baby in a handbag, which gives you some idea of the effect Wilde was after. The problem with Parker's "Earnest" is that each successive absurdity is telegraphed more and more loudly, lest the audience somehow miss the joke. At times the movie is gentle to the point of inertia; worse, though, is the way Parker punctuates what should be the story's funniest, most over-the-top bits with jazzy horn riffs or drippy, whimsical music, instead of letting them ride the wave of their own understatement.

If there's one play that doesn't need sparking up, with music or anything else, it's "The Importance of Being Earnest." What's odd about the movie is that all the actors seem to know that intuitively, and still, the overall effect falls flat. Everett does every line just right (both the spoken and unspoken ones), and looks fabulously proper for the part every minute, like a daddy-long-legs in silk dressing gowns and impeccably tailored sports clothes. Firth plays along with the right amount of nervous, jittery would-be elegance. Witherspoon and O'Connor whip the vapidness of their characters into a just-sugary-enough meringue.

And yet their interactions still feel like an all-too-elaborately staged dance, when Parker really needs to make it feel like a lark. When O'Connor lets loose with one of Wilde's most famous lines -- "I never travel without my diary; one should always have something sensational to read on the train" -- it has the effect of being properly tossed off. And yet you can still feel the quotation marks hanging in the air around it. "The Importance of Being Earnest" feels as if it's been primped and fussed over almost to the point of garishness, like an overdecorated cake that sags under the weight of its own frosting.

That's not what Wilde intended. He wanted the whole thing to feel careless, loose and free, and somewhere along the way we'd pick up on the ridiculousness of the rich and the excessively bored. Parker underlines everything that Wilde left unsaid, and his movie suffers for it. He's got the right baby; he just put it in the wrong handbag.