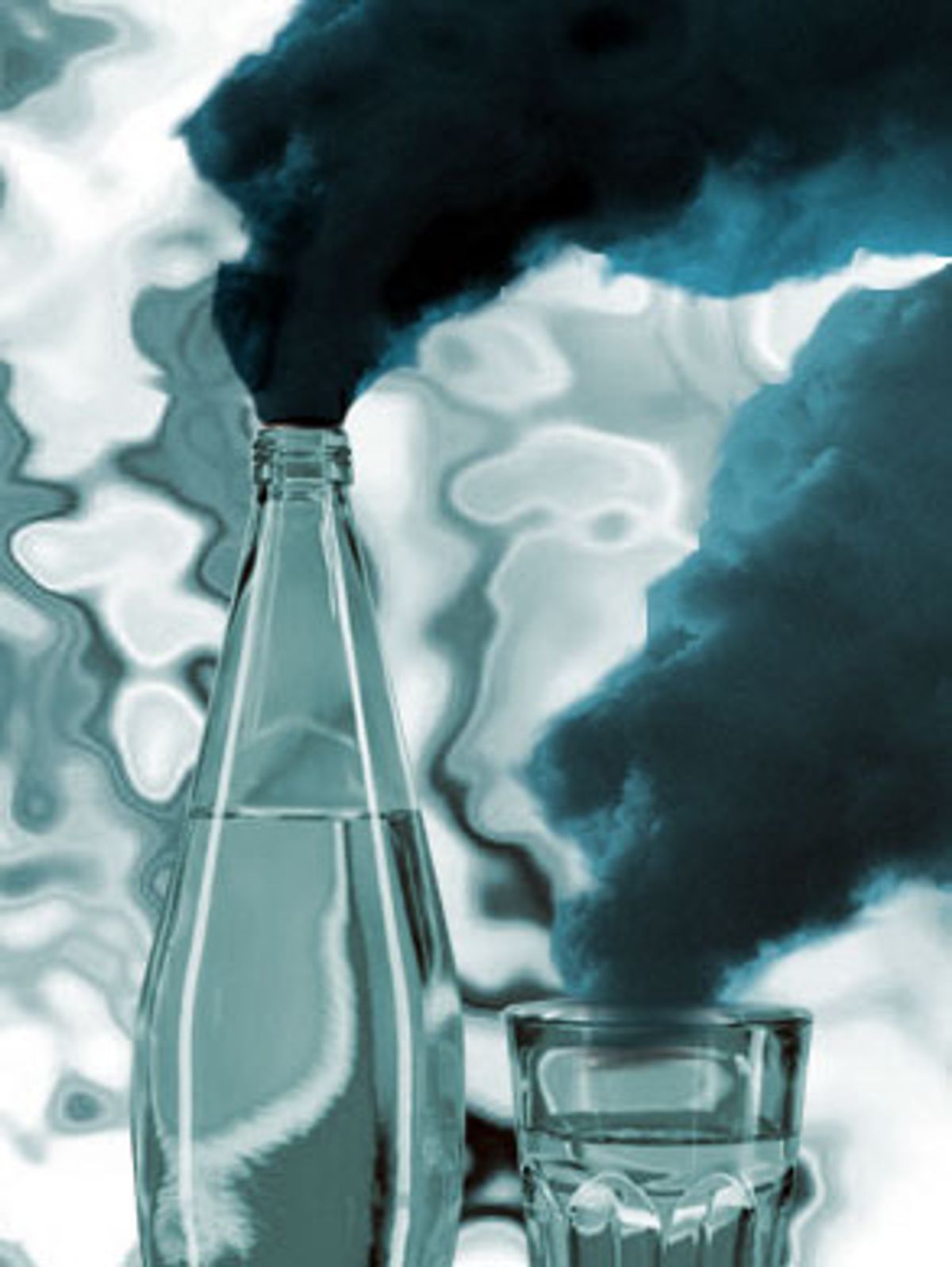 "Sometime in June, drugstores and convenience stores around the country could begin carrying Nico Water, bottles of nicotine-laced water ... Quick Test 5, the maker of Nico Water, is currently conducting clinical trials to determine if the product will help people stop smoking. For now, though, the company is marketing the colorless, odorless water as a dietary supplement intended to give smokers an alternative to cigarettes."

FROM: Joseph Cammel, Director of Marketing and Public Relations

RE: Launch of Nico Water & creation of new products

First: You rock. Why? Because getting Nico Water mentioned in the first paragraph of a New York Times piece rocks. Do we care that the article got a little whiney and bogged down in details? No, we do not. Most people are only going to read the first two paragraphs anyway. Important fact: Nico Water name appears seven times in the article. You are branding monsters. (Jan, be sure to send the Times gal a case of Nico. Make it two, in case she likes to share.)

OK. Bad cop time: I don't want to lose this momentum. I want everybody at the Tuesday meeting to show up with at least five new nicotine product and promotion ideas. Bring me concepts that rock or stay home. And never forget: We're here to help nicotine addicts with a dietary supplement. Think liquid vitamin with sexy spin -- that rocks!

My ideas so far: For people who balk at drinking nicotine, a skin penetrating spray, possibly with anti-aging properties. We hook up with Estee Lauder and invade the cosmetic counter -- eye shadow, lip gloss, perfume (Nic at Night, Nicaresse, Nic No. 5; we'll get Nicole Kidman to endorse). For the guys: Shaving cream. For everybody: Sunscreen. Deodorant. Foot powder. Toothpaste.

Next: Products for a beautiful inside. Health is our primary motive. I see nicotine yogurt, tofu, granola, carrot juice, power bars and, for the gourmands, low-fat aioli. We can spike bee pollen, flax seed and motor into the vitamin mother lode: Nicomins for a healthy buzz and longer life! We can spray vegetables and fruits, stake some territory in the organic section. Don't forget kiwi.

And let us not forget the orgasmic section. Foreplay: Nico-spiked feminine products, sprays, powders and whatever else goes on down there. And how about a nicotine patch where the sun don't shine? Yes, pantyliners. For the main event: Condoms are a natural (Nicodoms); performance enhancement a real possibility, with spray for the fellas (Nicolast), maybe lubricants for the gals (NicoGlide, NicoLube). Afterglow: The post-coital cigarette is iconic; a swig of Nico Water could definitely take its place.

Serious product placement should help here: Tom Cruise, Diane Lane, Freddie Prinze Jr., that hot señorita from "Y Tu Mamá También" for the artsy crowd. I want to see these people reaching for a bottle of Nico Water after they've finished rolling around like rutting sea lions, all lathered up with their NicoGlide. For ads (saucy banners on Internet dating sites, hot layouts in VF and Vogue?) we could go with a tag line like "After your partner lights your fire, let Nico Water cool your jets."

Staying naughty for the moment: We're going to need Nico-drenched indulgences for the high-spending self-destructive crowd. The prize? A Starbucks tie-in. Nicoccino, Nicspresso, Nicofrappe, Nicosoylatte. There isn't a smoker alive who can drink coffee without a cancer stick. Same goes for the hard stuff. We can inject everything from vodka to single-malt scotches with a Nico chaser. Or how about a Nico mixer (for the Nicopolitan, the apple Nicotini). Sake is a gold mine too: Nikko Sake. (Phil: Your suggestion of a white nicotine powder that the consumer snorts is very hip, but it could give us some image issues down the road. We'll put that one on the back burner for now.)

Short term: We are slaves to Nico Water promotion. Summer's coming, let's get plenty of Nico Water handed out at marathons, cancer walks, biking for Jesus, whatever. Visuals: Clear mountain brooks, birds, wildflower-carpeted meadows. (Somebody call that Butterfly girl who lived in the tree. See if she'll do an endorsement.) And let's sponsor a Nico Water swim meet -- we'll fill a pool with the stuff. And for god's sake, don't forget wrestling.

It's your turn on Tuesday. Rock my world.