The botched rescue of Abu Sayyaf captives by the Philippine army raises questions about the U.S. role in fighting the violent Muslim separatist group. 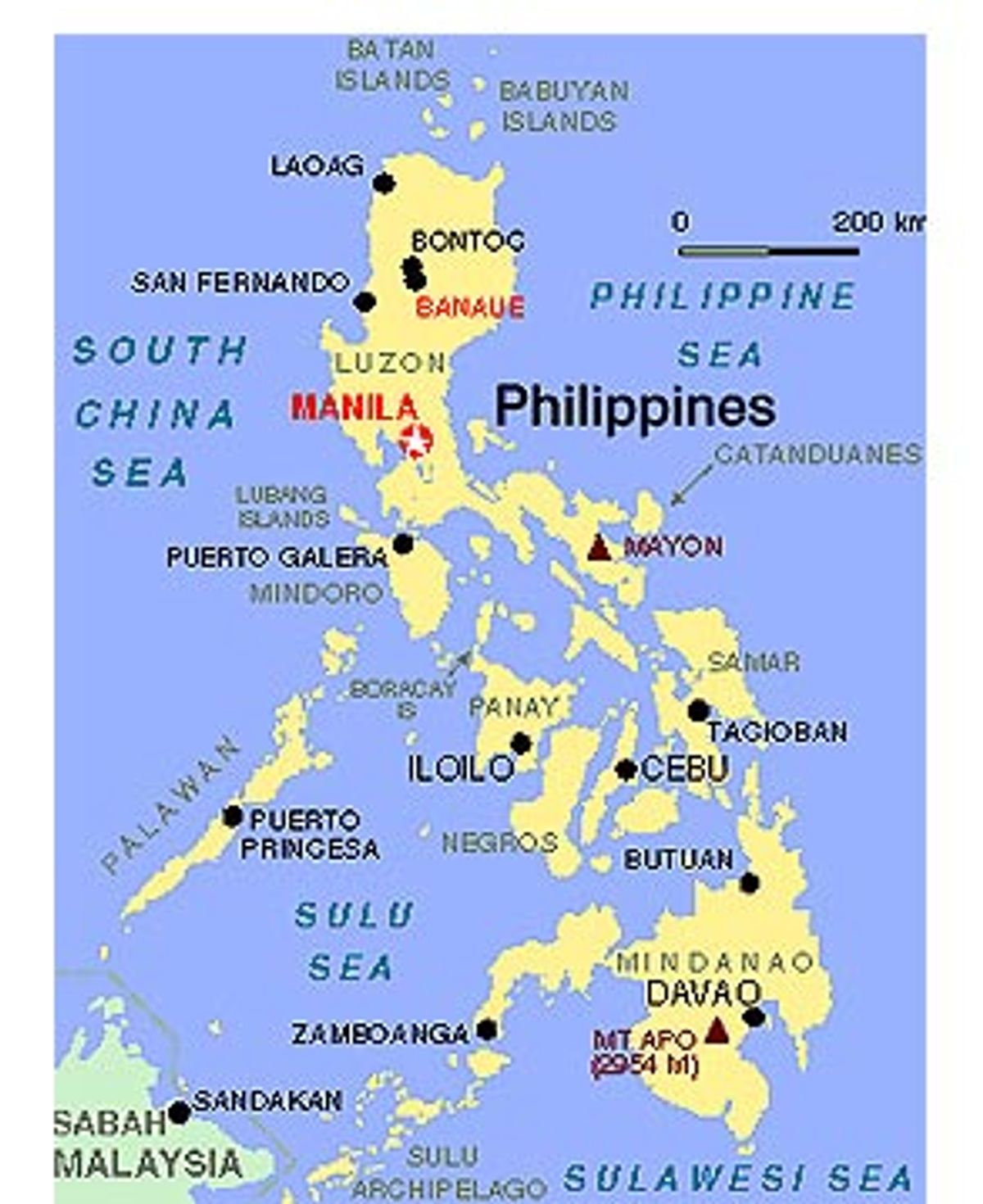 The killing of American hostage Martin Burnham Friday, in a Philippine military raid launched to free him from Abu Sayyaf, a violent Islamic separatist group that had held him captive, underscored the high stakes involved as the U.S. decides whether to continue its involvement in helping the Philippine leadership fight the insurgents.

On a June 3 visit to the Southern Philippines, Deputy Defense Secretary Paul Wolfowitz advocated greater American involvement after the mission ends. But Defense Secretary Donald Rumsfeld questions the utility of an expanded American presence, especially given the Philippine soldiers' lack of success in capturing members of Abu Sayyaf.

Chalmers Johnson, who wrote the acclaimed book "Blowback: The Costs and Consequences of American Empire" and taught for 30 years at the University of California, insists the latest foray into the Philippines is just an extension of post-Cold War militarism, an attempt to reassert U.S. presence in the country after the Philippine government expelled the U.S. in 1992. There are currently about 1,200 American troops in Southern Philippines, the war on terrorism's second-largest deployment, sent to train Philippine soldiers to take on Abu Sayyaf.

Chalmers insists he is not "some radical leftist," even though he sometimes sounds like one. In fact, his background is utterly establishment -- a former analyst for the CIA, he fought in the Korean War and even supported the American war in Vietnam (though he now wishes he hadn't). And while he can't predict which side will win in the debate over U.S. military involvement in the Philippines, he's extremely well versed in the consequences of American military action in East Asia.

And he's worth listening to, if only because "Blowback" -- published in 2000 -- predicted that America would be the victim of massive terrorist attacks by those furious at our military presence in Asia and the Middle East. "The innocent of the twenty-first century are going to harvest unexplained blowback disasters from the imperialist escapades of recent decades," he wrote. Like much of what he says about our current war on terrorism, that might have sounded rhetorically extravagant, if not extreme, back then.

You've been a fierce critic of the presence of American troops in places ranging from Okinawa to Saudi Arabia. Is the current military presence in the Philippines different because President Gloria Arroyo invited it?

No. [The invitation] was rigged. Nothing the U.S. government says about this is believable. Abu Sayyaf is not a terrorist organization and the American government has offered us no evidence that it is. It's a kidnapping ring that's been kidnapping people for extraordinary ransoms.

What's really going on here is an attempt by the U.S. to reintroduce a military presence in the Philippines after it was thrown out in 1992. We never voluntarily give up a base. Nobody is fooled by these operations in Basilan [in the Southern Philippines]. Just look at Wolfowitz walking around with a shoulder pistol under his arm and looking menacing.

What is your basis for saying that Abu Sayyaf aren't terrorists? Haven't they called for an Islamic state?

When you say the Philippine government's invitation to American troops was rigged, do you mean America put pressure on Arroyo? If so, what kind of pressure?

Financial pressure above all. Payoffs.

America has been looking for some way to get back into the Philippines ever since they were thrown out. It looks to them like an opportune time right now. The president that followed Ramos, Joseph Estrada, was popular, but he was a crook. His crookedness got so bad he got impeached. Arroyo, who was elected after, is extremely weak [because of Estrada's popularity]. America is exploiting her political weakness as well as the war on terror. Americans strategically would like a position in the Philippines, because we're afraid we might get thrown out of Okinawa someday. The Okinawans hate us. There isn't an Okinawan alive that wouldn't like to cut the throat of an American marine.

But isn't it possible that Abu Sayyaf has real links to al-Qaida?

There are undoubtedly people within the Southern Philippines who think Osama bin Laden is a hero. That's true of the entire Islamic world. But if you really want to stop terrorism in the Philippines, that has to be done by the Philippine army. U.S. Special Forces are not competent to do this. A bunch of easily identified foreigners walking around the jungles of Mindanao -- do the Americans remember Vietnam? I don't think sending Special Forces into Basilan has anything to do with the safety of Americans from terrorist attacks. If America wants to turn a criminal gang into a popular movement, they'll continue to do what they're doing. It will soon become apparent to the people of the Southern Philippines that the single most patriotic thing you could do would be to support the local military in fighting against the Americans.

What about all the humanitarian road-building projects the American troops are working on? Does that have any chance of winning over the locals?

If you want to do road building, it's a waste of resources to have the Pentagon do it. That's what the World Bank is for, what the Asian Development Bank is for. The Japanese are better road builders than the Americans. They have one of the world's largest construction industries. If you wanted roads built in the Philippines you could contract it out.

The Americans are modern imperialists. To keep the American public in the dark, they try to pretend they're humanitarians. With Afghanistan, they tried to tell us it's all a women's lib operation. They're simply not credible. They'd be quite willing to kill any number of Filipinos who get in their way. They know they're not wanted there. There have been prominent Philippine demonstrations against Arroyo's acceptance of the Americans.

The real cover is that the Americans are just training the Filipinos.

Which is what we initially said in Vietnam.

Exactly. But it was just a cover story then too.

If the Philippine army can't handle its own kidnappers, we ought to keep out. Thirty years ago, Che Guevara said what we ought to do is give the Americans hundreds of Vietnams. Bush in his speech to West Point last Saturday said that the war on terror must target 60 nations. That's a prescription for imperial overstretch and the United States' following in the footsteps of the former Soviet Union into dissolution. The American people are not militaristic enough, and the country isn't rich enough, to invade 60 different countries.

Do you think that's what's behind Rumsfeld's hesitation?

It's hard to say what either Rumsfeld or Wolfowitz particularly think, but maybe it has finally crossed Rumsfeld's mind that this budget is totally out of control. When we used to have a government of free-spending Democrats, they began to lower the national debt. Now that we have fiscal conservatives in charge, the budget has totally exploded. It may have crossed Rumsfeld's mind that the money being spent on military building roads in Zamboanga -- even to raise it sounds ludicrous -- could better be spent elsewhere.