Those legs, that pout

Kate Moss is a girl out of time, the perfect '60s dream girl who has awakened, like Austin Powers, in a changed world. 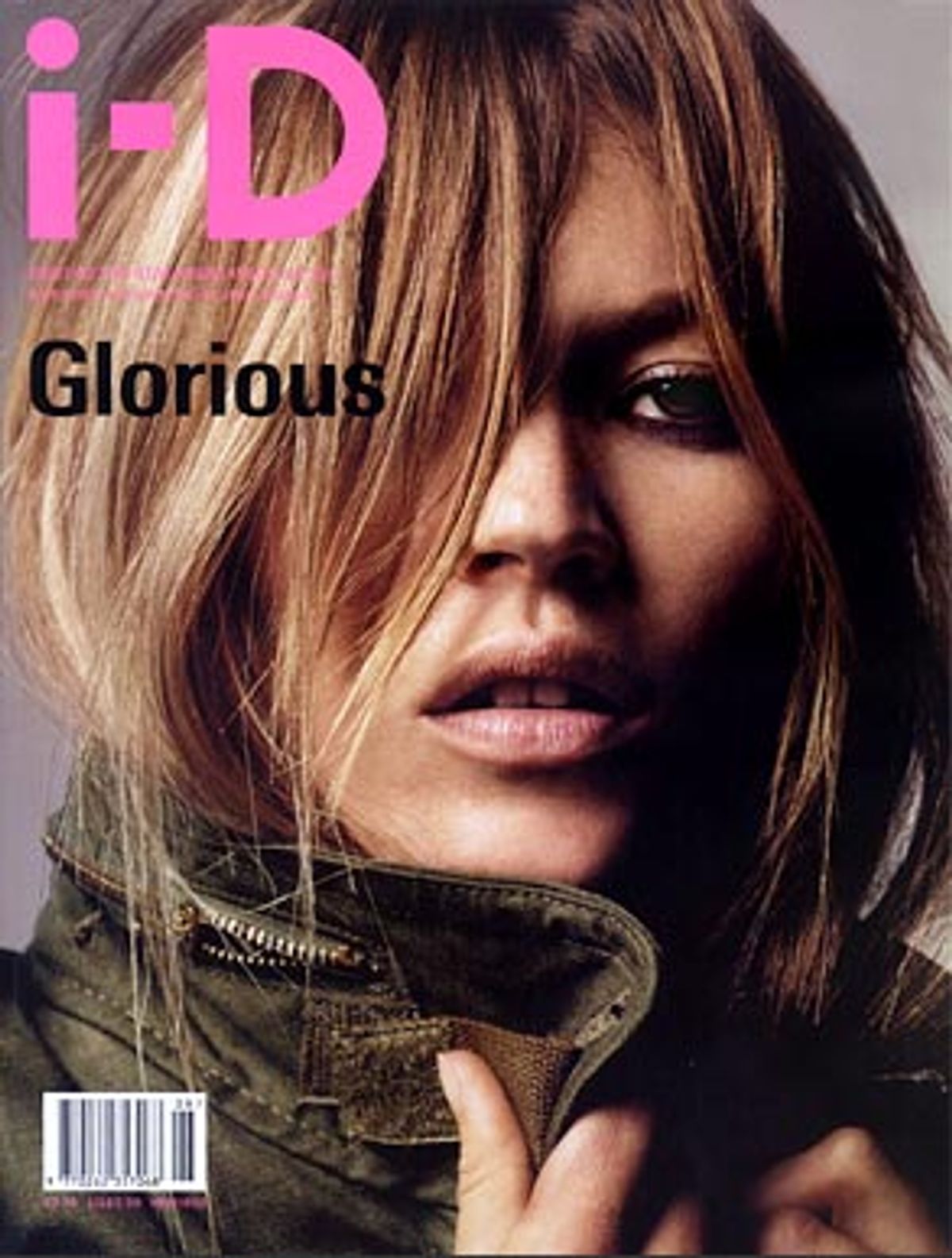 The '60s messed me up good. Not in the ways the decade messed up other people. I was only a kid. But watching '60s TV, with its glorious celebration of pop that has yet to be recaptured, I got my first notions of female beauty, notions that have penetrated deeper into my psyche than I'd care to admit.

I was nuts about slim girls with long, straight hair (or hair with a little flip at the ends), wearing boots or short skirts or leather. Barbara Feldon on "Get Smart!" and Diana Rigg on "The Avengers" and Anne Francis on "Honey West" were my ideas of female perfection. I think that's why, years later, when I discovered the music of the French pop chanteuse Françoise Hardy, and saw pictures of her in her suede jackets and white jeans, I fell for her immediately. It's why I look so affectionately at the long-legged Angela Lindvall in the lovely current confection "CQ." Watching her as a super secret agent bopping around the moon in white jumpsuit and white fur head wrap makes me want to be her trusted right-hand man, an adoring Willie Garvin to her Modesty Blaise.

And it's why I'm a sucker for Kate Moss. She's the most English English model since the '60s, combining the classless appeal of Twiggy with some of the hauteur of Jean Shrimpton's high mod poshness. Ah, Moss, with those two prominent front teeth peeking out from full parted lips. Moss, with that long hair, and those sleepy, appraising eyes, ready to surrender to seduction or to signal you to fuck off. Moss is a girl out of time, the perfect '60s dream girl who has awakened, like Austin Powers, in a changed world.

In the June issue of i-D -- one of those mindless, tony British glossies whose editorial purpose forever eludes me -- in a layout by photographer Craig McDean, Moss is meant to be a hip rejoinder to the celebrations of the queen's 50th anniversary on the throne. She echoes the Sex Pistols' greeting on the 1977 occasion of Elizabeth II's silver jubilee by appearing in a Doc Martens jacket with "God Save the Queen" painted across the back, an affectless deadpan challenge on her face. The words are also painted across a shot of Moss in an army shirt, patchwork Dolce & Gabanna leggings and multitone fishnet tights.

But it's the '60s that Moss forever recalls. McDean highlights the connection by printing a few pages of her in full-length overlaid silk screens, like Warhol's image of Elvis drawing a six-shooter. Moss looks ready for a fight, too, biting her lower lip while the corner of her upper lip is arched in a sneer, one hand holding closed the leather biker jacket worn over black panties, fishnet tights and boots. In another she is swinging her head back while the fringes of a suede vest sway out from the hips. Or she's clutching the waist of her miniskirt, her hips cocked, a jacket thrown over her shoulder, her mouth in an open pout and her hair piled high and messy like Brigitte Bardot.

It's the hair that's the key to Moss' sex appeal here, even more than the knee-weakening topless shot of her in Tom Ford's low-slung, hip-hugging bell-bottoms, showing teasing glimpses of fishnet between the eyelets and lace keeping the whole contraption together. Moss' hair, sandy blond, hangs in a delicious tousle reaching almost to her navel. In shot after shot her hair lies in silken tangles on her shoulders, or a fringe of it obscures her eyes, giving her the image of a girl who's just risen from bed and is looking at you with a frank, couldn't-care-less provocation.

"I spent so much time thinkin' 'bout Eleanor Bron/ In my room with the curtains drawn," sang Yo La Tengo on their exquisite song "Tom Courtenay." In these pictures, Moss is the essence of what boys in the '60s daydreamed about: Pop star, dream girl, a sexy spy in their own feverishly imagined house of love.