A victory for justice

The overturning of Marjorie Knoller's murder conviction in the dog-mauling case has enraged many gays and liberals -- but in the lock-'em-up age of Bush, it was a rare triumph for the rule of law. 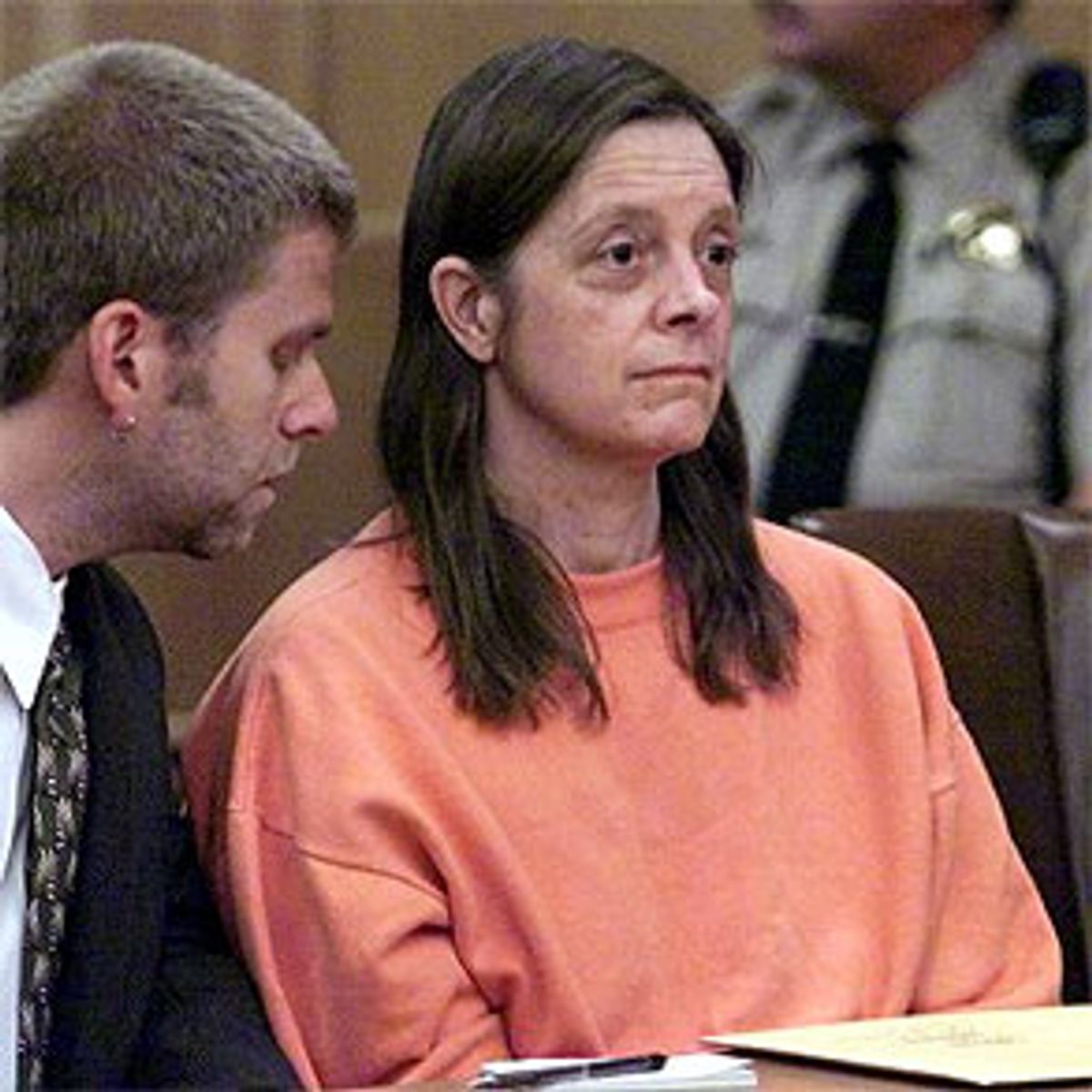 People who care about the rights of the unfairly accused, imprisoned or convicted have had little to cheer about lately, as the Bush administration uses the war on terror to roll back restrictions on the government's ability to spy on, detain and otherwise harass those it labels "evildoers." So Judge James Warren's decision Monday morning to overturn Marjorie Knoller's second-degree murder conviction in the dog-mauling death of Diane Whipple last year is a victory for justice that's worth savoring.

Warren made a politically unpopular but legally correct ruling, letting Knoller's conviction for involuntary manslaughter stand, but giving her a new trial on the murder charge. It was high drama in the courtroom, as Warren's long, angry preamble to his decision gave few hints of how he would ultimately rule. He walked through the evidence against Knoller and her husband, Robert Noel, who are both lawyers, showing how they'd ignored clear signs that their Presa Canario dogs Bane and Hera were dangerous well before Bane mauled Whipple to death in January 2001. He detailed the way they'd expressed no remorse afterwards. Warren's disgust for the defendants was palpable.

"I believe, Mr. Noel and Ms. Knoller, that you are the most despised couple in the city," he told the pair. "I don't believe anybody likes you."

The judge's oddly personal words made sense in the charged courtroom. Clearly Knoller was convicted of being despicable, not because prosecutors proved she committed murder. The normally soft-on-crime, headline-chasing San Francisco district attorney's office threw the book at her, and a Los Angeles jury convicted her, because she was an easy target. But the case against her never added up to second-degree murder.

Warren made that clear on Monday. To find Knoller guilty as charged, he said, the jury had to find that she "subjectively knew" that taking the dogs out for a walk could result in someone's death. And she did not, Warren ruled. "On the state of evidence, I cannot say, on the matter of law, that she subjectively knew on Jan. 26 that her conduct was such that a human being was likely to die," the judge said, just before he overturned the jury's verdict.

Of course Warren himself was partly to blame for the jury's unwarranted murder conviction. He let the prosecution introduce all kinds of unsavory evidence about Knoller and Noel -- their ties to the Aryan Brotherhood prison gang, Noel's nasty remarks about Whipple and other neighbors from private letters, Knoller's hideous "Good Morning America" appearance, where she sounded clueless and cold about the way her actions led to Whipple's death. Knoller's lawyers had complained bitterly about Warren's rulings, using some of them as the basis to demand a new trial.

Defense attorney Donald Horgan called Warren's ruling Monday "a difficult and courageous decision ... in view of the publicity and the politics surrounding the case."

And indeed, the moderate, gay-friendly Warren sounded genuinely pained over his decision, knowing it would bitterly disappoint Whipple's friends and family. In victims' impact statements read after Warren's decision, Whipple's loved ones denounced the judge's move.

"With all due respect, your honor, I disagree that this was not murder," Whipple's domestic partner, Sharon Smith, told the court. Seething, sobbing, Smith personally rebuked Noel, who was scribbling on a notepad during her statement: "I am thankful to the court for the opportunity to break the silence and finally address the people that murdered, murdered my life partner and best friend. So the despicable Robert Noel can take a second to pay attention, and even though you pretend you are writing, I know you are listening," Smith said. "I see two people with law degrees that could have used them to help people, but much like your dogs you used them to intimidate people ... You fail to accept that your actions killed a person. This has been one big legal game to you. It was not a game to me. It was not a game to Diane."

Later, outside the courtroom, Smith told reporters: "Justice was done, and now I feel that justice has been undone."

Smith's anger and sorrow is understandable, but she's wrong about the law. But that's why we have juries and judges to rule on guilt and innocence, instead of relying on vigilante justice. Liberal San Francisco's gleeful reaction to Knoller's conviction last March had an "Alice in Wonderland" quality, with people who are normally sympathetic to the rights of minorities and the accused -- gays and gay-friendly liberals -- celebrating what was clearly an injustice.

But Warren's ruling demonstrated the brilliance of a system of law that protects the minority from the majority. Here in San Francisco, the beautiful Whipple, a popular college lacrosse coach who happened to be a lesbian, was championed by the majority, and the unattractive, unsympathetic Knoller, with her loathsome husband and her links to the Aryan Brotherhood, was the despised minority. Left to vigilante justice, Knoller would have been strung up.

I shuddered in March, watching San Franciscans celebrate Knoller's murder conviction. "The system worked for a lesbian who was victimized," one gay-rights advocate told reporters. But of course Whipple wasn't killed because she was a lesbian. Though Robert Noel's claim that she was wearing pheromones or using steroids, which may have inflamed his dogs to attack, seemed a sick attempt to bring her sexuality into the mix, it wasn't grounds to convict Knoller of murder.

On Monday Warren noted something else that had disturbed me: The logic that led to Knoller's murder conviction seemed to derive from statements made by her husband, who was charged with and convicted of involuntary manslaughter, not murder, because Knoller alone was walking the dogs when they attacked Whipple. In addition to the lurid steroids-and-pheromones charge, Noel was quoted during the trial deriding Whipple as a "timorous, mousy blonde" and glorying in the way his dogs scared his neighbors. "The court also notes the great troubling feature of this case that Mr. Noel was never charged as Ms. Knoller was," Warren observed.

On Monday Warren sentenced Noel to four years in prison on the manslaughter conviction; Knoller will be sentenced July 15. As of late Monday, the San Francisco district attorney's office hadn't decided whether it would seek a new murder trial or live with manslaughter. "To say we're disappointed is an understatement," assistant district attorney James Hammer told reporters.

Many in liberal San Francisco share Hammer's disappointment. "I do not believe there is anyone in San Francisco who would rather not see Ms. Knoller go to prison for second degree murder," Warren said Monday, only slightly overstating the community's zeal to see Knoller punished. "I have received letters suggesting that the death penalty is appropriate in this case."

The Knoller case is a useful reminder that the Bush administration has no monopoly on bloodlust when it comes to those deemed "evildoers." Here's hoping that other judges find the courage Warren showed Monday to defend the rights of the wrongly accused and convicted, however despicable.