The party must go on

The glamour is tarnished and the celebrities have gone AWOL, but the Webby Awards soldier forward anyway, in classic San Francisco style. 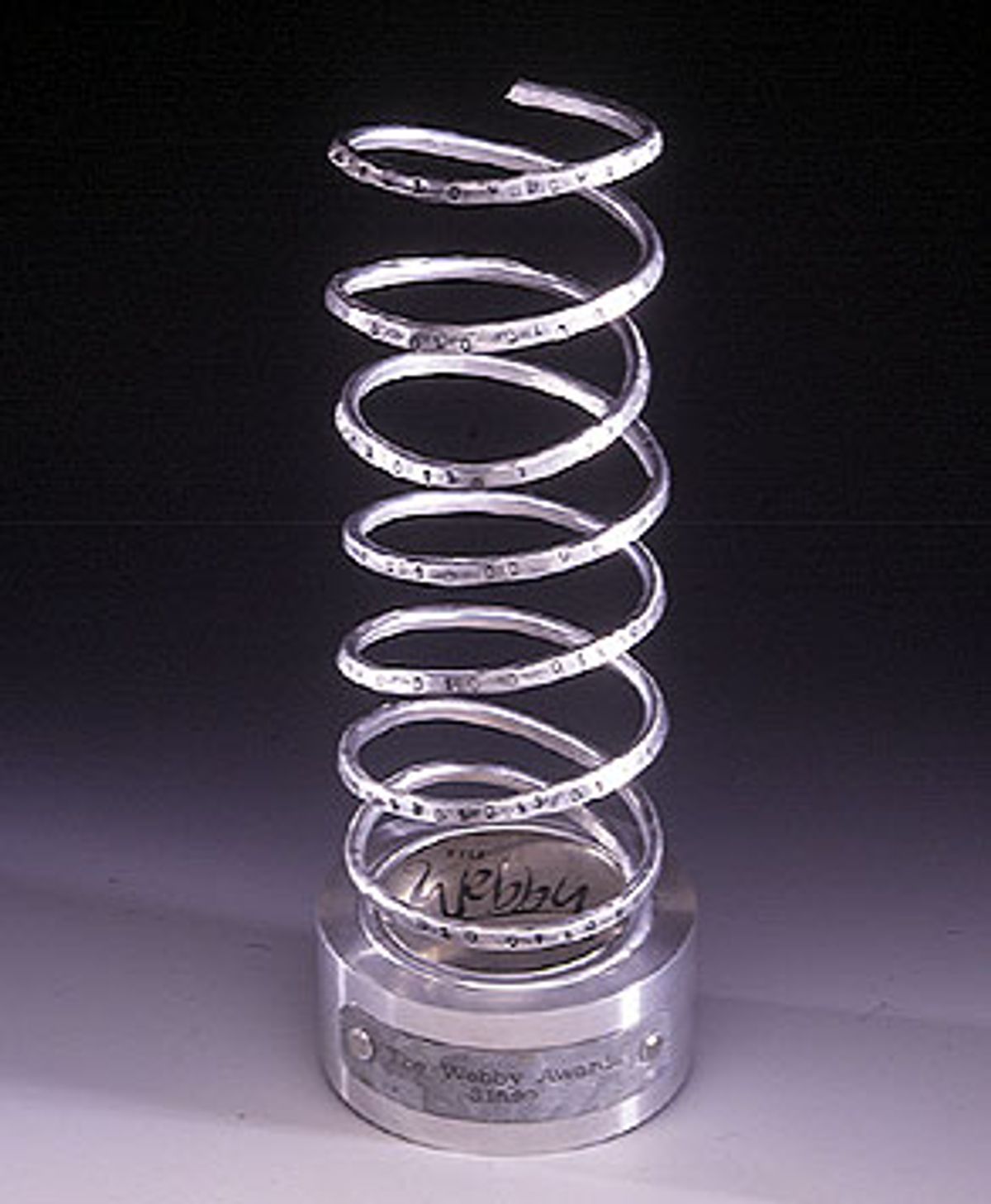 "The self-congratulation must go on."

Imagine a hurricane leveled your hometown, bankrupting local businesses and leaving the dazed, waterlogged natives struggling to find some meaning in it all. Should the annual high school prom be canceled? No way! More than ever, isn't this the time for a drunken night of frivolity, even if it means mixing cocktails with floodwater, damn it?

That was the never-say-die spirit of this year's Webby Awards, a scaled-back, toned-down celebration of all things Web, an award show that literally had more judges than audience members. Some 350 "academy members" chose the nominees and winners, while just 315 true believers filled the "sold-out" house at San Francisco's Palace of the Legion of Honor Tuesday night.

"We're still designing the architecture of the future" was among the deep thoughts bestowed by true believer Barlow from the podium.

But it was those mercifully brief acceptance speeches by the winners that, as ever, carried the evening.. (Full disclosure: Salon won in the Print/Zines category, with this writer putting down her pen to traipse up to the podium and help accept it.)

Planned Parenthood's Teenwire site took the award in the Health category with this: "Sex is complicated. We're easy." While the Politics winner, Center for Responsive Politics, got big applause for "Money talks. We eavesdrop." But the biggest laugh and loudest applause went to the Onion's Tim Harrod -- doesn't it always? He held the curlicue silver award aloft and deadpanned: "Airport security will love this."

At the party afterward, an autonomous hexapod robot named Ziggy, wearing a purple top hat, wandered among the boozing celebrants guided by sonar sensors, while cocktail chatter turned to the new math of the Internet biz in 2002: "We just don't have an ad budget," confided a partygoer. Still, that's no excuse to not enjoy this once-a-year hallelujah for the Web."I thought it was better this year," said Google's co-founder Larry Page at the post-ceremony party. (In a geekish nod to the World Cup, he and co-founder Sergey Brin accepted their Webby in the Best Practices category while wearing soccer outfits.) "More down to earth."