"You're an Animal, Viskovitz!" by Alessandro Boffa

A lovesick fellow takes the form of such animals as a snail, a scorpion, a chameleon and a fish in pursuit of an elusive beauty. 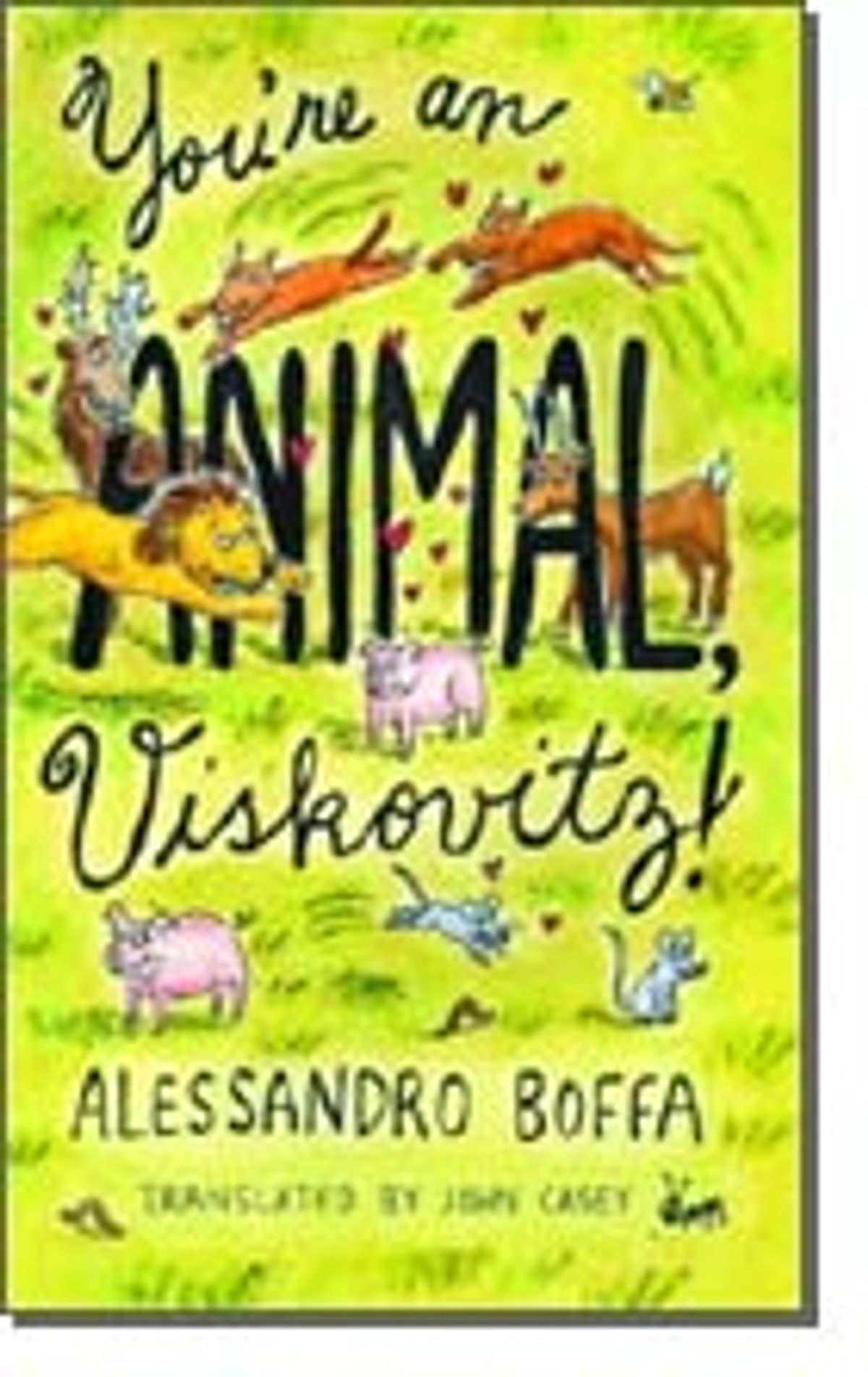 In books for grown-ups, a few talking animals go a long way. So how is it that Alessandro Boffa's "You're an Animal, Viskovitz!" a series of fables told from the point of view of a dormouse, a snail, a shark and a sponge, among others, never wears out its welcome?

Diminutive and spikily charming, Boffa's book is really about one hapless but romantically adventuresome fellow, Viskovitz, who takes the form of many different creatures in his search for love. Similarly, the object of his deepest desire, Ljuba -- haughty, difficult, but relentlessly alluring -- appears as a sow, a police dog and a parasite, to name just a few.

Viskovitz, in all his many guises, is consistently befuddled by the ways of the world and, more specifically, by the ways of love. As a snail, he is told by his "Daddymommy" that all snails have two sexes, male and female, although every snail must couple with another snail and not with itself. Like the Portnoy of the animal kingdom, the young snail Viskovitz ignores that directive and discovers the forbidden pleasures of rubbing his own pneumostome against his own radula, much to the disgust of his friends and family.

Boffa, who was born in Moscow and now lives in Italy and Thailand, has a background in biology, so he sure knows his arachnids from his orangutans. (This book, his first novel, was translated from the Italian by John Casey.) Boffa puts all his knowledge to work in an effortless and pleasing way -- his exercises in anthropomorphism teach us a lot about the human heart, but also a little something about the animal kingdom along the way.

Viskovitz the scorpion, for example, is a less than ideal prom date: He can't resist planting his stinger in his girlfriend's skull. "Figuring it was the proper thing to do, I carried her body to her family. In my desert vocabulary I tried to find some words of condolence and apology, but all I managed to do was massacre her parents and rape her sister. I really wasn't made for social life."

"You're an Animal, Viskovitz!" addresses the human search for identity (Viskovitz the chameleon asks his father, searchingly, "Who am I?" only to be told, "Depends on the context") and the need to follow rules in society (Viskovitz the fish, a fish of few words, lives by simple precepts like "Don't say vulgar things -- it's easier just to do them").

The book is an extended metaphor for the ways in which we embarrass, surprise, disgust and delight ourselves as we root around the forest floor for love and a sense of belonging. But it's also so funny and entertaining that you drink in its full meaning without being constantly reminded that you're dealing with metaphors with a capital "M." You don't have to be a trained allegory wrestler to be won over by it.

Our next pick: A Russian-born nebbish joins the mafiya and finds success swindling gullible young American tourists in Eastern Europe.