A liberal young woman is forced to take a job at a Wall Street firm and learns the truth about the masters of the financial world. 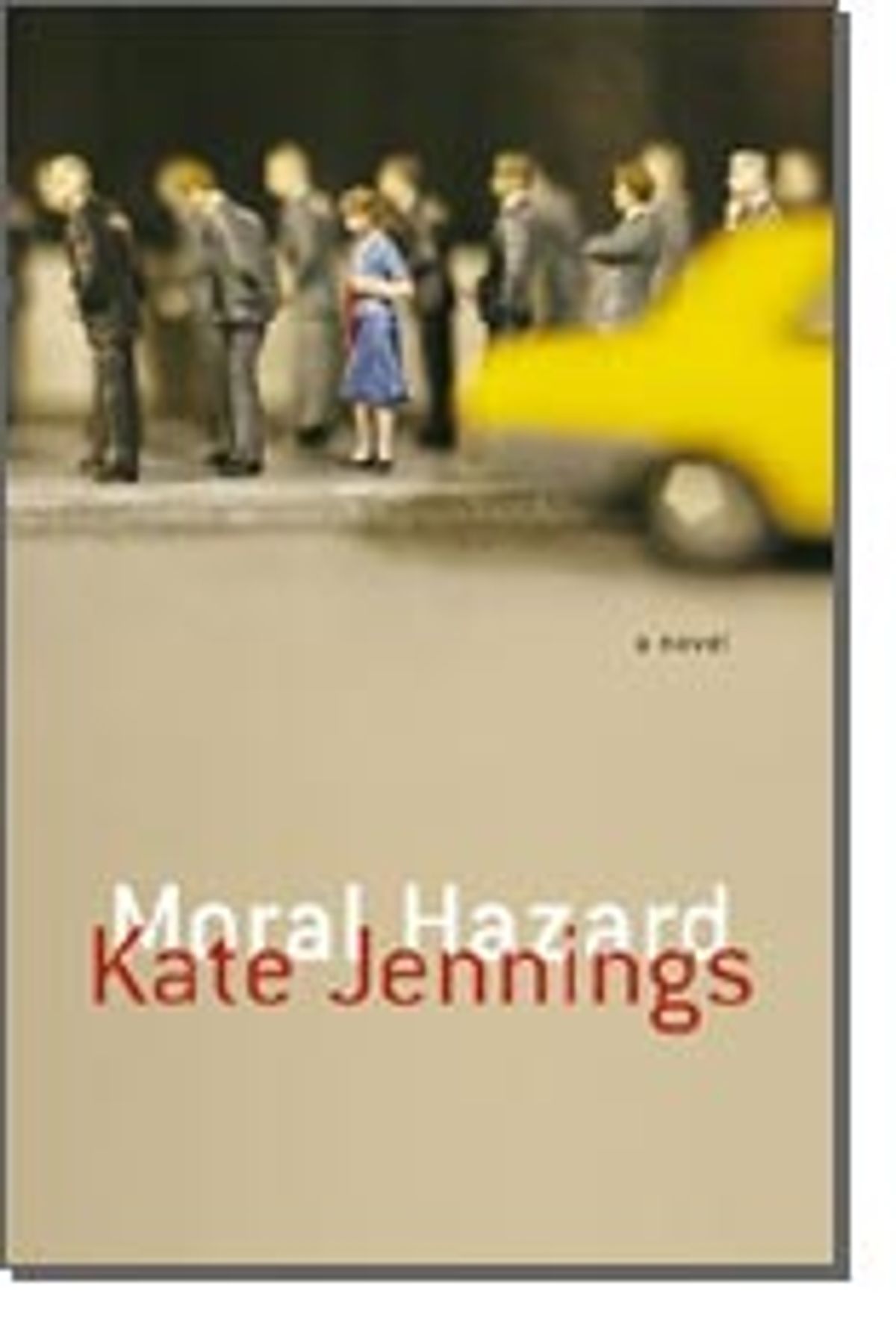 Jennings' protagonist, Cath, is a freelance writer whose artist husband, 25 years her senior, is diagnosed with Alzheimer's. To pay for his care, Cath takes a job as a financial speechwriter at a Wall Street firm. Out of place not just by virtue of her temperament but also because of her sex and her politics, Cath finds herself in a world in which everything -- language, demeanor, worldview -- feels foreign. At the same time, she's deprived of the reassuring comforts of home where, at the end of each workday, she is witness to her beloved husband's further disintegration.

Among her liberal values, Cath cherishes "civility and a sense of humor" and is against "anyone who had stopped listening, receiving, changing. People who had no give." She can be as tough on herself as she is on her co-workers: "Of course, I disapproved of bankers on principle. Not that I knew any. Until this job, I had worked and made friends with people who shared my views. Mostly moral, mostly kind."

The predictable route for Cath would be for her to see the naivete of her views once she's been exposed to this world. That's what her boss assumes will happen. Jennings does something more difficult. Confident and grounded, Cath chooses instead to navigate this new, tricky moral territory (whose ethic, she says, was borrowed in equal parts from the Marines, the CIA and Las Vegas) without abandoning her bedrock sense of who she is. Her guide is Mike, head of the firm's risk-management unit, a former student radical who has joined the financial world with something like an anthropologist's curiosity. He acknowledges the bigotry in the profession, and can't help feeling bedeviled by the sense that he's sleeping with the enemy, but he also admires the financial world because it makes a place for eccentrics.

Jennings strikes exactly the right balance between satire and compassion, seeing her characters as flawed human beings and yet rendering them with scalpel-like precision. Cath is in a strange position, privy to those in power but not an insider, a writer working for people "deeply suspicious of metaphors and words of more than two syllables ... There were some inexplicable exceptions ... 'fungible' or, a more recent example, 'granular,' which, having gained acceptance against all odds, were clutched as tenaciously as a child might a favorite toy."

If I may be permitted a digression: In the mid-'90s I worked in the advertising firm of Fidelity Investments. Nowhere near as high on the totem pole as Cath, I nonetheless recognize Jennings' portrait of the peculiar mixture of dependence and suspicion with which writers and copy editors were treated. One of my jobs was to proof newsletters in which interviews with fund managers would be ghostwritten into columns bearing their byline. When I tried to explain, for example, that "opportunistic" was not the same thing as "opportune," I was assured that the readers would understood what was meant.

And that was probably right. The wittiest stroke of "Moral Hazard" is that Jennings understands the insularity of an industry that commands so much money, power and influence. For all of their scoffing at society's do-gooders -- who they feel lack an appreciation of reality -- it's the denizens of high finance, Cath realizes, who when it comes to free markets, have the unreasoning zeal of true believers. (Why else do so many Marxists wind up as Republicans?)

It wasn't until after I finished "Moral Hazard" that I discovered that the story Jennings tells is autobiographical. She has worked as a financial speechwriter, and her older husband did die of Alzheimer's a few years ago. It's a great compliment to her to say that the book has the vividness of something richly imagined as well as that of something keenly felt. The sections on Cath's dealing with her husband's disease -- attending the survivor's groups, absorbing his sudden flashes of rage, committing him to a nursing home where, visiting him every evening after work, she finds him with his bags packed, unable to understand why he can't return home -- imprint themselves on your mind with the clarity and depth of an indelible hurt. Along with Doris Lessing's "The Sweetest Dream," this is the finest novel I've read this year. The gift of both books is that they are deeply personal and yet transcend the personal, elucidating a moral vision of the world. Don't let its brevity fool you. "Moral Hazard" is a big book in the truest sense of the word.

Our next pick: A smart novel about the folly of second-guessing the unexpected probes the minds and lives of Secret Service agents and computer programmers.