A group of young, American would-be bohemians congregates in Eastern Europe in the early 1990s, vainly hoping to land in the center of something legendary. 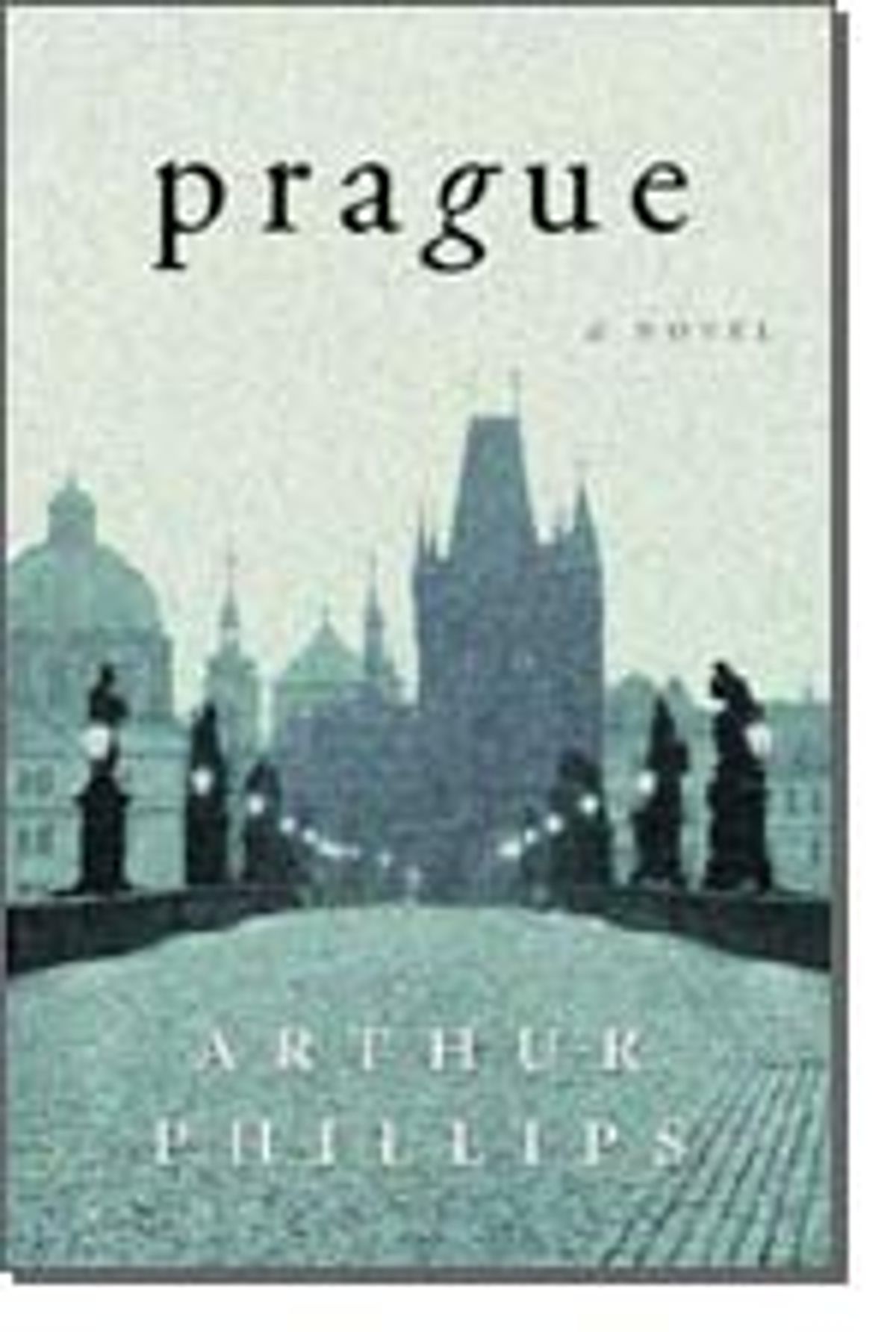 The setting is Budapest, 1990, but the novel is called "Prague" (in a joke that will still be good even as countless reviewers explicate it) because the young North Americans who are its main characters remain convinced that "that's where real life is going on now, not here." John Price, who gradually emerges as the center of this ensemble piece, avows that "fifteen years from now, people will talk about all the amazing American artists and thinkers who lived in Prague in the 1990s." (Although it's only been 12 years, it looks like John backed the wrong horse in that race, but then it's not as if Budapest -- or anyplace else for that matter -- fared any better.)

The mirage these people are chasing, obviously, is Paris-in-the-'20s, a cultural moment so potently mythologized it still propels young aspiring bohemians to set up housekeeping in one urban enclave or another, hoping that a vague alchemy of history and location has landed them at the center of something legendary. The Australian newspaper editor who hires John to write a column for English-speaking expatriates needles him that "would be Hemingways and Fitzgeralds are being airlifted into this country on C-147 transport planes and are night-parachuting into all the good cafes by the lost generation-load." Of course only Paris in the '20s could ever truly be Paris-in-the-'20s (though even the real thing's ability to live up to its reputation is subject to doubt), and so this batch of pilgrims is doomed to a nagging sense of missing the mark, of posing, of never quite making it to Prague, even if they already are in Prague.

Not that any of the characters in Arthur Phillips' novel are naive enough to wholeheartedly embrace their own epochal yearnings; they're all acutely aware of just how contrived the whole quest is, and that is their curse. Mark Payton, part of the group of five friends introduced at the novel's beginning, is a plump, gay Canadian who's writing a history of nostalgia, seeking "laws as measurable and irrefutable as the laws of physics or meteorology," in order to quantify the feeling using surveys, ratios and graphs. Like most obsessive scholarly pursuits, Mark's project is rooted in private quandaries, specifically his propensity toward melancholy and a profound sense of exile and loss. In short, the very flow of time gives him motion sickness.

John and Mark's friends include Emily, a square-jawed Nebraska farm girl who embraces an equally square set of wholesome ethics and works at the American Embassy, and the smooth, calculating young venture capitalist Charles Gabor, child of Hungarian refugees who schemes to acquire part-ownership of a venerable Budapest publishing company. (If "Prague" were a Whit Stillman movie -- and it often seems to be the literary equivalent thereof -- Charles would be played by the sublime Chris Eigeman.) Charles, who John is convinced has never felt an unironic emotion in his life, knows that the real action in freshly opened Eastern Europe lies in the marketplace, where a Westerner who understands how to manipulate the system -- or, perhaps more pertinently, the heaving oceans of romanticism on both sides -- can make a bundle.

The intrigues Charles draws John into as he teams up with Imre Horvath, the fifth-generation owner of Horvath Press -- a 68-year-old gentleman whose reputation for courage in resisting the Communist regime is partly genuine, partly an accident of circumstances and partly hooey -- provide the storytelling spine of "Prague." That, and the fate of John's unrequited love for Emily (who he believes, with spectacular misjudgment, to be "a woman incapable of lying"), pull the reader gently through this book. But the byways, eddies and digressions in this novel are so delectable that reading it is more like meandering through an endlessly diverting city than like charging onward toward our appointment with What Happens Next.

On any given page of "Prague" you're likely to find yourself purring with pleasure to be reading a description of a townhouse turned funky nightspot where our heroes feed bogus tips to a gullible collegiate travel guide researcher, or a young adman's riff on a demographic target market he calls "Lone Wolf Aspirants." There is Mark's feverish triumph at discovering the first artist to go to a cafe simply because it was warm there and not because he thought that going to cafes is what artists do, "a man who acted without a glance to the oppressive past, to any longed-for golden period." And there is John's interview with a Marine lance corporal who makes short work of the young journalist's knee-jerk cynicism:

"It's way too easy for you to say World War One was a joke. You're not Belgian. Your farm wasn't overrun by Germans. Your sister wasn't raped by them. Name any war you want. Every single war, somebody had a damn good reason at the time, and they don't owe you an explanation for it. Here's what I know, John, and you can print this and you can write one of your smart-ass columns around it, okay? ... There is no 'grand scheme of things.' That's just a bullshit disguise for cowards. The present has no right to judge the past. Or to act in order to win the future's approval. They're both irrelevant when the enemy's at the door."

Of course this young man is shortly to be sent off to fight the Gulf War -- hardly a case of the enemy at the door, and an admirable example of how "Prague" illustrates the perverse way history undermines even its characters' best impulses. It's not so much the present's need to answer to the future that torments them, but the present's inability to do justice to the past. Exhibit A of this perplex is the pairing of Charles and Imre, two men of similar talents and temperaments rendered very different as a result of having been born at different times in different nations. Unlike John, though, Charles never suffers from "stifling, unacceptable awe [and] jealousy of those who proved themselves in the ultimate test of their era and came up worthy." Instead Charles dismisses Imre as "exactly like a fat television addict who won't shut up about his high-school athletic accomplishments. How can someone live as a shell of their former self?"

It would require one of Mark Payton's quotients to describe how many hundreds of times smarter "Prague" is than the novelistic generational primers penned by such writers as Douglas Coupland. And yet the book does describe a particular historical wedge of humanity with a penetrating accuracy, a generation so gorged on images and conceits that everything it sees or does feels "impossibly and automatically insincere." For John -- who, as he stands brooding under a street lamp after striking out with Emily, feels like a living citation of countless movies and pop songs about "love, loss, solitude and self-disgust" -- the only relief is one he chafes at, "the soothing balm of irony." Fortunately, it's possible even to be ironic about that, and so he savors "the silliness of seeing the silliness of it, feels the pleasantly dry, infinitely regressing amusement he can feel at his own expense."

Our next pick: A liberal woman is forced to take a job at a Wall Street firm and learns the truth about the masters of the financial world.