A radical antiabortionist backs down

Feeling the heat not just from the courts but from mainstream pro-lifers, Nuremberg Files Web site creator Neal Horsley takes down the crossed-off names of doctors killed by antiabortion zealots. 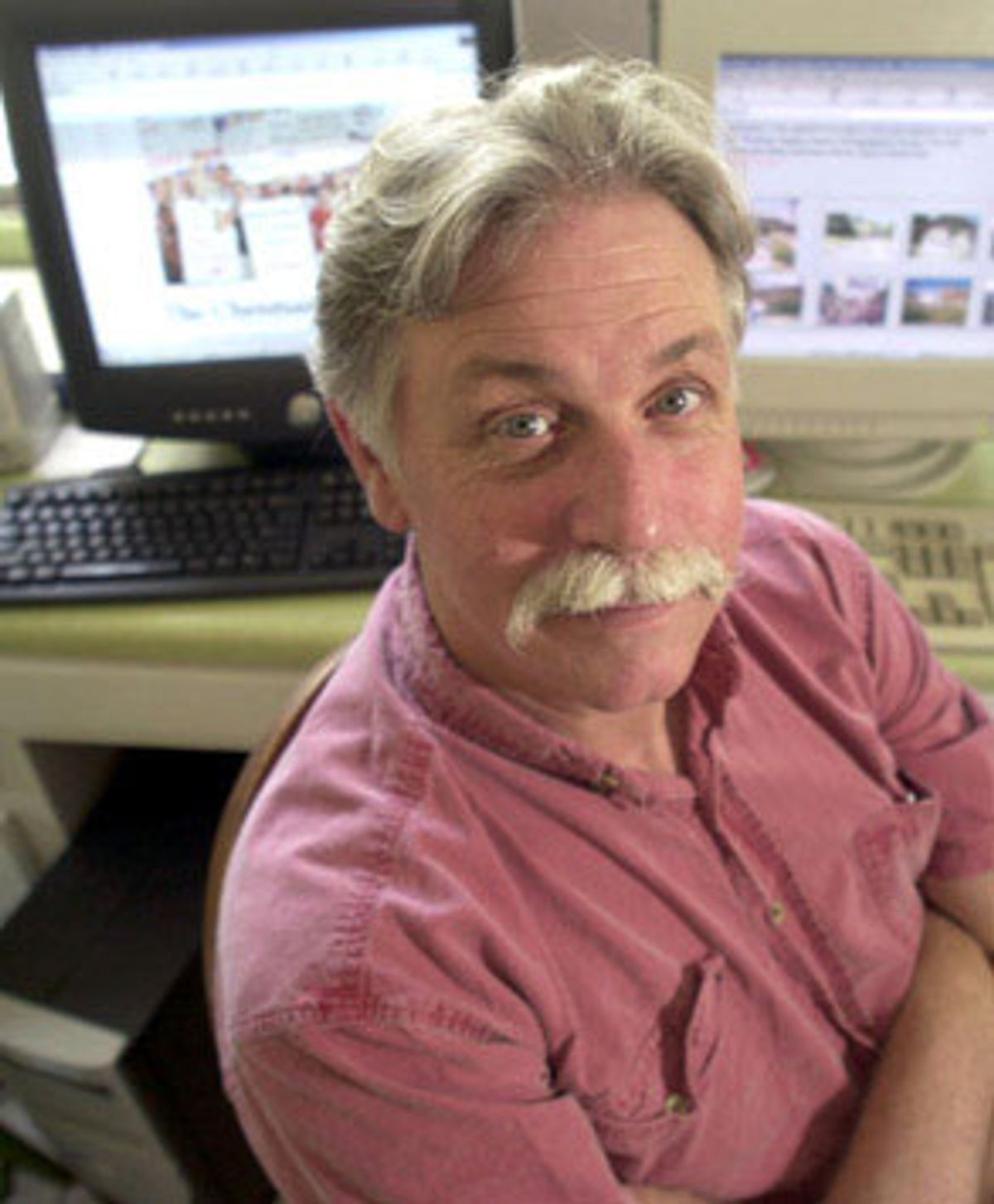 Neal Horsley, creator of the virulently antiabortion Nuremberg Files Web site, has taken down the most inflammatory postings from his site: the crossed-out names of doctors and clinic workers who have been killed by antiabortion militants. Horsley blames the courts, which had recently ruled against him and his Web site on two related matters. But equal pressure may have come from his fellow pro-lifers, who increasingly see Horsley's extreme tactics as a major liability.

A month ago, Horsley and his Web site were dealt a major blow in federal court. In a 6-5 decision, the 9th U.S. Circuit Court of Appeals ruled that members of the American Coalition of Life Activists had illegally threatened abortion doctors by publishing Old West "Wanted"-style posters identifying a dozen doctors and including detailed information about them, including their home addresses, on Horsley's "Nuremberg Files" Web site. Two previous murders of abortion doctors had been preceded by similar posters. Four of the doctors sued. Horsley later began crossing through the names of doctors murdered by antiabortionists and graying out those who were wounded.

The ruling in the landmark case, Planned Parenthood vs. American Coalition of Life Activists, upheld the 1999 verdict of a federal jury in Portland, Ore., that ACLA's "Deadly Dozen" campaign, including a version posted on the Nuremberg Files, constituted a "true threat" of violence. Writing for the court majority, Judge Pamela Rymer held that "there is substantial evidence" that the posters were prepared and disseminated to intimidate physicians from providing reproductive health services. "Holding [coalition members] accountable for this conduct does not impinge on legitimate protest or advocacy," she concluded. The court ruled that the fact the "Wanted" posters included such data as the doctors' home addresses, their social security numbers, and the names of their children and where they went to school, and were made by activists who considered the murder of abortion providers "justifiable homicide," constituted a true threat. (In fact, the doctors were so concerned that they had taken to wearing bulletproof vests and instructing thier children on what do if they thought they heard shots.)

In the hours following the assassination of Dr. Barnett Slepian in his home in 1998, Horsley "struck through" the doctor's name. An international media firestorm followed, and Horsley's site became widely regarded as a "hit list."

Four days after the Slepian murder, Geraldo Rivera confronted Horsley on his CNBC "Upfront Tonight" show. Rivera charged, "In listing these people's names and their addresses and their Social Security numbers, what you [Horsley] are doing, in my opinion, is aiding and abetting a homicide." Horsley filed a libel and slander suit against Rivera. But on May 28, a three-judge panel of the 11th Circuit Court of Appeals in Atlanta concluded that "a reasonable viewer would have understood Rivera's comments merely as expressing his belief that Horsley shared in the moral culpability for Dr. Slepian's death, not as a literal assertion that Horsley had, by his actions, committed a felony."

James Kopp, who has been charged in the murder of Slepian, was recently extradited to the United States from France to stand trial.

Violence has been a defining dimension of the antiabortion movement for a quarter of a century. But it was once the province of underground zealots; today the practitioners and proponents of antiabortion violence have gone public. The now defunct American Coalition of Life Activists morphed into the aboveground political apparatus of the violent Army of God -- with Horsley as its most prominent front man. Indeed, the Army of God Web site celebrates Horsley as "A Hero of the Faith." But the media -- and lately, even mainstream antiabortion groups -- take a dimmer view of him.

The same day that the 9th Circuit court announced its decision, the Wall Street Journal ran a major article on another section of Horsley's Web site called the Live Web Cam Project. As reported in Salon last year, this site features thousands of photographs and some videos of patients, clinic workers and clinic defenders, in an effort to intimidate women from seeking and receiving legal abortions.

Horsley's site has periodically provided grist for the mill of talking heads on national TV shows from "Crossfire" to "The O'Reilly Factor." In addition, tghe Journal article led to numerous local stories in both print and broadcast media, which put more mainstream antiabortion groups on the spot to take a clear position on the Web Cam site. On May 29, KOIN TV in Portland reported that "members of Oregon Right to Life say [the Web Cam Project] adds more hurt to a difficult and sensitive situation, hampering the message they want to send." On the same day, WLWT News in Cincinnati reported that Ohio Right to Life president J. Patrick Conroy said "Not only do I object to it on the basis of the intimidation factor, but I think in this case the backlash will exceed the intended, anticipated benefits."

But the most significant clash between Horsley and more mainstream antiabortion figures was the encounter between him and far-right orator, perennial presidential candidate and talk-show host Alan Keyes.

Horsley clearly expected a sympathetic reception from the uncompromisingly pro-life Allen Keyes. But he was in for a painful surprise. After reminding viewers, "I don't think that there's a stronger advocate of the pro-life position in America today than I try to be in everything that I do and say," Keyes went on: "But I want to tell you quite bluntly that I think that what you are doing is wrong, that it's harmful to the pro-life movement, that it represents the kind of tactic that will disgrace and discredit what we are trying to do, and that it involves a tactic that, because it disregards what ought to be our own principle of care and concern for life, is actually contrary to the truths we're supposed to stand for. And I want to say quite bluntly on behalf of the pro-life movement itself, I wish you'd stop it."

Stunned, Horsley began by praising his host's godliness, saying, "You represent to me a man who's blessed my soul." But then he fired back, saying, "I think you're ignoring the fact that these people are going to kill God's children ... a woman who goes and kills her baby is involved in some degree of homicide and she's going to be punished. And we can pretend she's a victim, but the reality is she knows what she's doing. And God knows she knows what she's doing. And we've got to start acting like that's the truth or else we confuse people."

Keyes countered: "I believe deeply in the injunction 'Speak the truth with love.' And love means that you don't endanger somebody, that you don't approach them in a way that will actually possibly bring harm and grief upon them because, in your self-righteousness, you think you're the instrument of God's punishment ... I think the question of conscience and punishment ought to be left in his hands."

Horsley started to reply but Keyes cut him off. "[W]e must not unleash greater evils in what we do to stop the evil we're looking at," Keyes said. "And if we go forward in a way that suggests we're declaring some kind of physical war on people, then the end result will be a worse situation, and we'll be to blame for it."

Horsley denied he was doing what Keyes accused him of, but Keyes insisted Horsley's actions were "going to hurt" the pro-life movement.

Frustrated, Horsley broke in: "Hey, when are you going to let me talk?"

"See, that's it. You came here and ambushed me," Horsley said. "That was a lousy thing to do."

Keyes urged him to pray.

Since these denunciations, and his legal setbacks, Horsley has beaten a hasty, apparently tactical retreat. The photographs and videos of people coming and going from clinics are still up. But the struck-through names of the dead, and the grayed-out names of the wounded, are gone. So are the listings for President George W. Bush and former President Bill Clinton, and the names of the six-judge majority of the 9th Circuit Court of Appeals and the original trial judge. Strangely, the names of the six justices of the U.S. Supreme Court whose voting record on abortion Horsley disapproves of are still listed on the Nuremberg Files.

In fact, the court did not consider the strike-throughs the principal threat. But perhaps Horsley thought they were. In the 2001 HBO documentary "Soldiers in the Army of God," Horsley recalled his reaction to the assassination of Dr. Slepian. Pointing to Slepian's crossed-out name on his computer screen, he said, "When I drew a line through his name, I said 'See, I told ya. There's another one. How many more is it gonna take?'"

"The evidence is at hand," Horsley declared. "There are people out there who [will] go out and blow their brains out."

Horsley's saga is far from over. The case has been appealed to the Supreme Court.