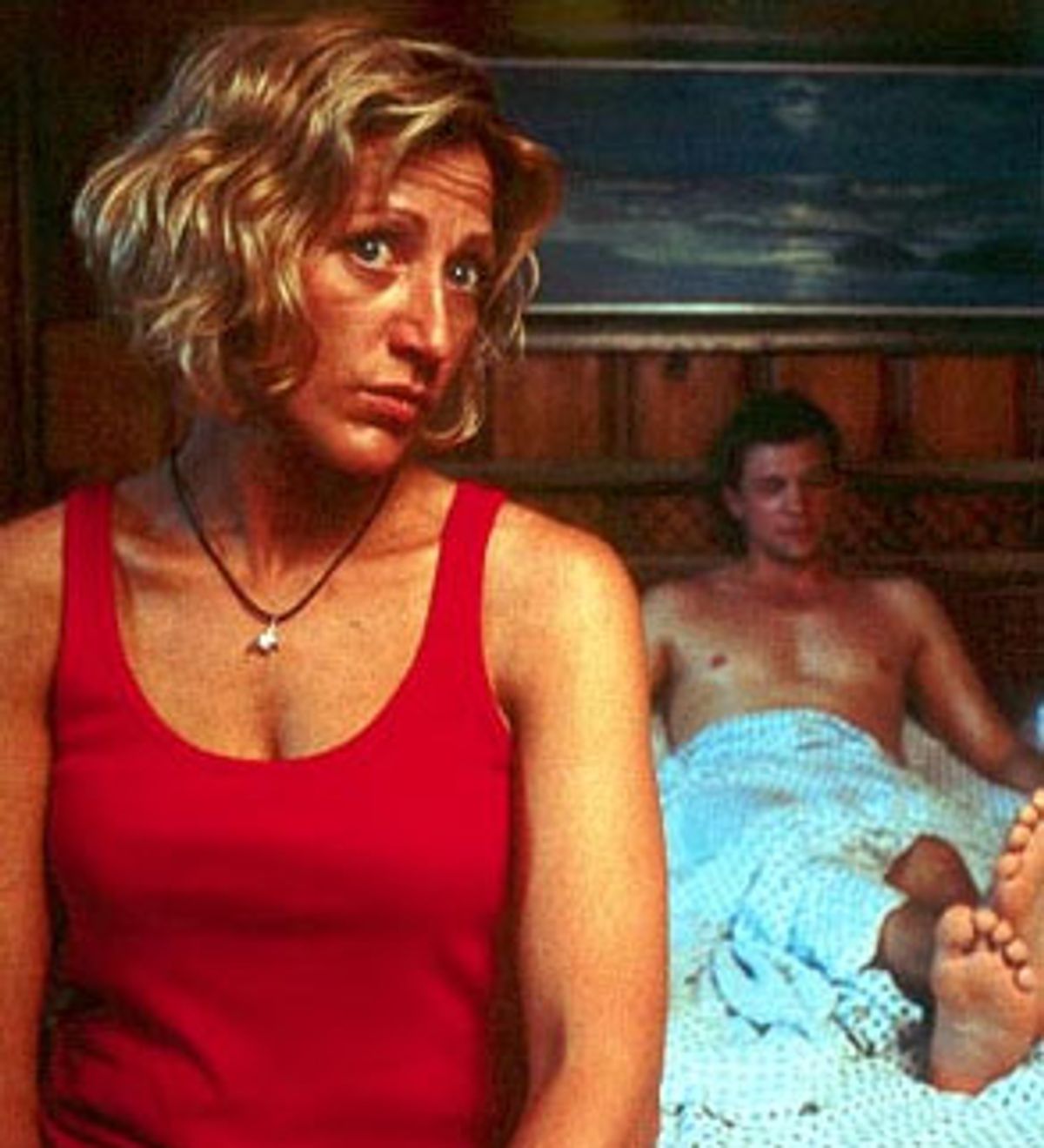 John Sayles is less a filmmaker than an earnest student run amok with a highlighter. Many of his defenders call him one of those rare filmmakers who care about issues, and it's true that he does have a conscience. But even his good intentions have a tinny ring to them. His movies are very consciously about all the little people out there, to the extent that he seems to be frozen with a fear that, up there on his allotted rectangle of movie screen, they might appear too big to the audiences watching from below -- and that would be undemocratic. So he shrinks them down to manageable size until they're something like weird deep-sea creatures, giant mouthpieces with bodies attached, completely suitable for conveying his Ideas with a capital "I." The actors who survive this treatment -- and considering how lumpy and dull Sayles' movies are, it's remarkable there are so many -- deserve some sort of battle pay.

Sayles wrote, directed and edited "Sunshine State," which is to say he sealed it up as tightly as possible in his own protective-bubble sensibility. It's the story of two neighboring communities on a fictitious Florida spot called Plantation Island. Delrona Beach is inhabited mostly by middle- or lower-middle-class white folk and dotted with floundering businesses like sleepy seafood restaurants and faded motels. And nearby in Lincoln Beach live mostly African-American residents in an area that thrived in the '50s but has since fallen on rough times. In Sayles' hands, the stories that take place in and between these two communities aren't so much intertwined as mangled into a misshapen ball. Edie Falco plays a 30-ish Plantation Island native who runs the restaurant and motel her father (Ralph Waite) established years ago, even though the rampant real-estate development around her has made it harder for the business to survive. She's lonely and stuck, although not necessarily unhappy in the deepest way. And when a landscape architect (Timothy Hutton) affiliated with a big real estate developer breezes into town, she gets a temporary respite from the routine drabness of her life.

Angela Bassett plays an unsuccessful actress returning to her hometown of Lincoln Beach for the first time in 20 years. She'd been driven out at 15 by her pious-but-decent momma (Mary Alice) when she became pregnant. Now she has a handsome anesthesiologist husband (James McDaniel) in tow, but she still finds that her old life tugs uncomfortably against her new one.

There's also an old-time pro football hero who has returned to Lincoln Beach now that he isn't such a big deal anymore (Tom Wright), a sweet but silly Chamber of Commerce ro-bo-tron who suddenly realizes that her job is meaningless (Mary Steenburgen) and a bland, decent suit-wearing schmo who is happily married to Steenburgen but is plagued by outside troubles that cause him to repeatedly, and comically, attempt suicide (Gordon Clapp).

The bigger backdrop behind these stories -- and with Sayles, there always has to be a bigger backdrop, like a garishly painted sheet in a school play -- is the encroachment of sleazy real estate organizations that want to drive the Lincoln Beach and Delrona Beach residents out of their homes and businesses to install bland, swanky resort attractions. These are the bad guys, in case you can't tell by their slick doublespeak and ill-fitting suits.

Although Sayles' Florida looks vaguely sunny, his scattered ideas fall to earth with the velocity of golfball-size hailstones. "The little guy ... ain't got a chance," intones one character in a typically knuckleheaded soliloquy. "Nature is overrated," says one character, and another replies gravely, "But we'll miss it when it's gone."

There are some suitably complex politically responsible ideas floating around in "Sunshine State," ideas that could ostensibly give us something to think about, if only the constant drumming of Sayles' hailstones didn't leave us in concussive comas. In one sequence, McDaniel has a conversation with a much older Lincoln Beach native (Bill Cobbs) about how much things have changed since the Civil Rights movement. McDaniel, well educated and successful, believes that every step forward has been an improvement; Cobbs looks around him at the beachfront area and sees the weather-beaten, shuttered establishments that, in the '50s, used to be owned and operated successfully by black people -- in other words, the definitions of "success" and "progress" are never as clear-cut as we think they are.

But mostly, these characters' lives, and thus their troubles, don't have enough dimensions and contours to draw us in close. Sayles would never want good old-fashioned storytelling to get in the way of his agenda. What's genuinely amazing is how many of his actors prevail in this airless atmosphere: Bassett, an immensely appealing and attuned actress who doesn't get the starring roles she should, brings both depth and sparkle to her role. And Falco, despite the fact that her character is saddled with a bad bleach job and perennially faded summer tops, dives in and comes up with a character who earns our compassion and, maybe more important, our interest. Her scenes with Hutton, who pulls off similar magic, have a beautifully sustained rhythm -- they're like oases dotting the endless stretches of Sayles' slack dialogue.

And when I say "endless," I'm not kidding. "Sunshine State" rambles on for some two hours and 20 minutes. That's a long time to spend in one pedantic filmmaker's bubble, a bubble that seals all light and air out with the utmost efficiency. In fact, it's probably a misnomer even to call it a bubble -- a bubble at least has buoyancy. "Sunshine State" is sodden and glum, even in those moments where it's supposed to feel funny and light. It makes you feel trapped and flailing as the minutes tick by. If it encapsulates anything, it's the experience of drowning, not waving.