If you think bestseller lists are based on solid facts, guess again. But a new technology is promising to improve the hot-book scorecard. 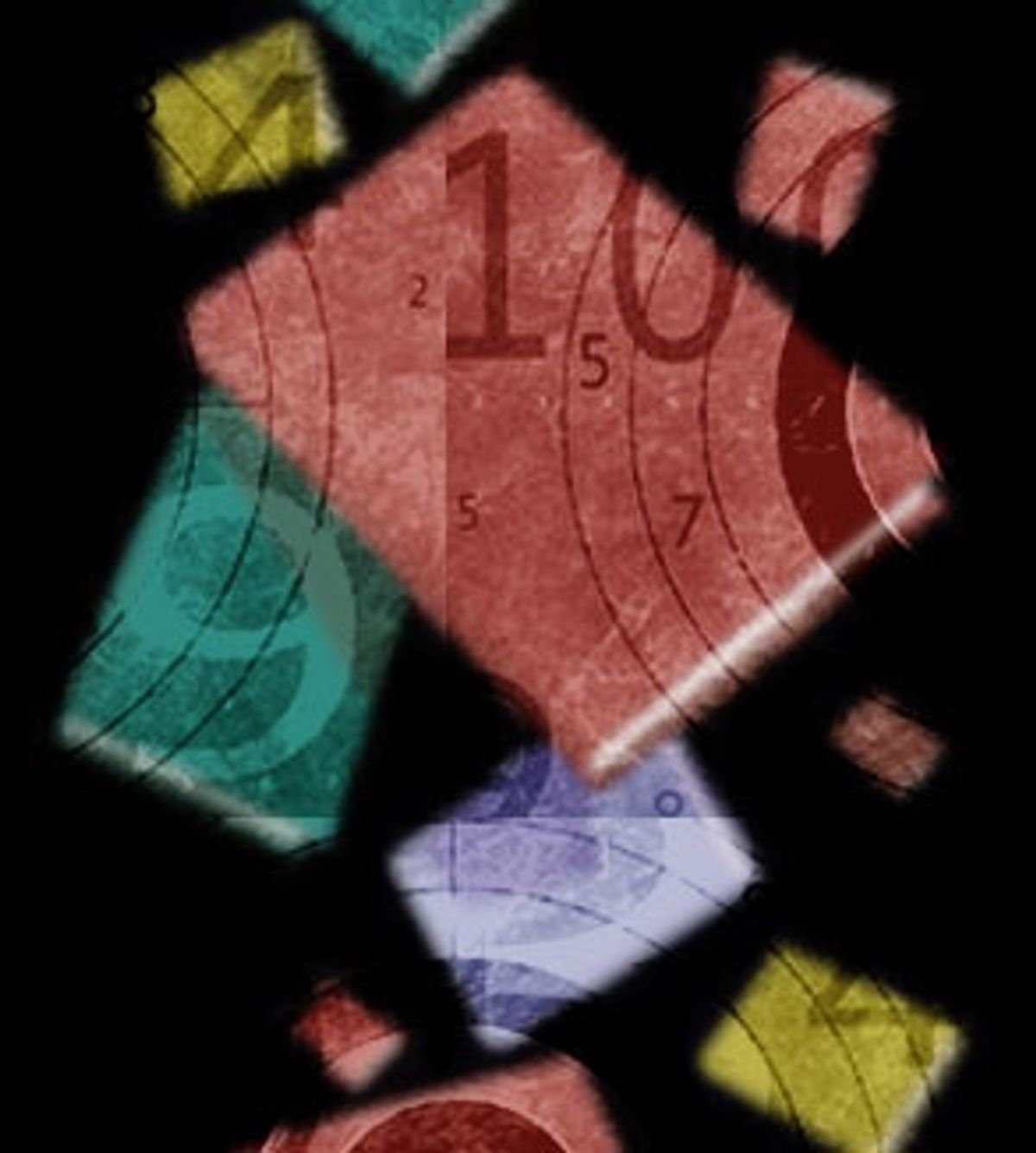 It's the hallmark of publishing success, the only part of the book section many people look at. It's an appellation that gets authors invitations to speak at commencements and on television, maybe even a visit to the White House. But what exactly is a bestseller?

That may seem like an easy enough question to answer -- it's the book that sold the most copies in the past week, a matter of simple, quantitative fact. In reality, though, the actual process of calculating a bestseller list from week to week often involves as much interpretation on the part of list-compilers as it does actual sales figures. And many observers despise the lists, claiming that they spotlight books for dubious or purely commercial reasons.

Others, however, think fussing about bestseller lists is a waste of time. When asked about the accuracy of the lists and what they mean to the culture at large, one publishing executive became scornful: "Bestseller lists don't have much effect [anyway]," he stated. "If someone doesn't like one list, they can just look at another. Or start their own."

That advice has already been taken. In the '90s, the two major lists -- the New York Times, which is the one most read by consumers, and the Publishers Weekly list, which is the industry organ -- suddenly found themselves in a room crowded by lists from such publications as the Wall Street Journal and USA Today, and by programs like BookSense (run by the American Booksellers Association), which keeps track of independent bookstore sales. And sites like Amazon, Powells.com and Barnesandnoble.com post bestseller lists according to sales data from their sites, which sometimes update their rankings hourly.

And now there's BookScan, which is being trumpeted as the final word in book-sales tracking, a point-of-sale marketing technology that began last July. BookScan purchases data from retailers and tells subscribers exactly how many copies of a book have sold and where. It's owned by the same company, VNU Retail Entertainment Information Group, that a decade ago introduced SoundScan to the music industry. Until SoundScan, music charts were compiled by information given by radio stations and music stores. SoundScan revolutionized the industry by revealing the popularity of previously underrated genres such as rap and country, but critics say that it also increasing the rise of shoddy, market-driven pop music.

Jim King, a vice president of sales and service for BookScan, said the company has signed up 70 percent of the market share so far (large chains such as Barnes and Noble and Borders, an increasing number of independent bookstores, other book sale outlets such as Target and Costco) and that BookScan's sign-up rate is faster than SoundScan's was at the same point in its development. BookScan hopes eventually to capture 90 percent of the market and intends to develop and license its own bestseller list. In fact, it's probable that this point-of-sale system will expand overseas as well, enabling BookScan to tally not only American sales figures, but those in England and anywhere BookScan can sign up booksellers, setting the stage for the first international bestseller list.

In the end, though, the question is whether the proliferation of bestseller lists has provided more or less reliable information about books and the book industry. If you glance at the lists from USA Today, the New York Times, the Wall Street Journal, BookSense and the San Francisco Chronicle for any given week you'll find that no two lists will have the exact same five books in the top five, and many books that are in the top 10 of one list don't even appear in the others.

The differences between lists are not due to sloppiness or errors but to how the lists are tallied and organized. (The people who maintain the lists and gather the information are invariably diligent and scrupulous, combining a librarian's quiet zeal with a statistician's respect for figures.) None of the lists use the actual nationwide sales figures from all outlets because no objective source gathers such figures. Instead, each one uses a sampling of sales from selected retailers, much the way pollsters use surveys of a segment of a population to estimate the opinions of the larger group. Some samples include more retailers than others, but none of them can cover the entire market.

For example, the New York Times, still the most famous and influential list, gathers information from large chain stores, bookstores, online venues, department stores, supermarkets and independent sellers to come up with its weekly list, using a statistically weighted formula that's as secret and closely guarded as the recipe for Coca-Cola. Publishers Weekly, the industry standard, has a similar process that taps its own selection of retailers and outlets. The Wall Street Journal, however, surveys only large sellers (no independent bookstores). USA Today uses figures from a variety of large and independent booksellers and other book retailers. Some major newspapers -- such as the Boston Globe, the Washington Post, the San Francisco Chronicle and others -- poll only local booksellers.

Also, each reporting source has its own way of breaking down and organizing the information, which means that some record overall sales without distinguishing categories (USA Today, with an additional section recording business book sales), while others break the list into fiction, nonfiction/general and business (the Wall Street Journal) or into a myriad of categorical derivations, such as hardcover fiction and nonfiction, trade paperback, advice, religious, children, etc. (BookScan is the king of derivations, able to supply its subscribers with 800 different lists.)

All this would be academic except for the fact that -- notwithstanding that grumpy publishing executive -- bestseller lists do have an effect on a book's sales. When J. Peder Zane began as editor of the Raleigh-News book section, he stopped running the New York Times bestseller list, believing that he could use the space better for reviews and cultural commentary. Soon after, a flood of indignant reader mail prompted him to restore it. "I was surprised," he said. "I didn't realize that many people paid attention to the list."

An appearance on one of the major lists can significantly increase a book's sales, as well as guarantee that an author will be able to sell a subsequent book. In fact, many publishing contracts have bonuses that kick in if the author's book makes a bestseller list. And although books catch on in other important ways -- such as hand-selling by enthusiastic bookstore employees and word-of-mouth recommendations, both of which can spirit an unknown author such as Charles Frazier to fame and fortune -- the "bestseller" label retains its cachet. Next time you're in a bookstore, just count how many covers are emblazoned with the distinguished-looking proclamation of "National Bestseller."

It's precisely the power of that label that inspired other experts to throw their hats into the bestseller-reporting ring. Hut Landon, executive director of the Northern California Independent Booksellers Association and one of the people who helped develop the BookSense list, said that they started the BookSense list and the 4-year-old Northern California regional list -- the first in the country -- because "We wanted to show publishers in New York that independents were selling different titles and that it was completely different from the New York Times list," he said.

But it's ironic that the increase in the number of lists has also begun to make the word "bestseller" a slippery term. Now there are scores of books each week that can be called "bestsellers." (In fact, USA Today lists its 150 bestsellers on its Web site, so that "Junie B. Jones Is a Beauty Shop Guy," the No. 150 book through June 9, can call itself a "national bestseller.")

"The thing is, what do you do with the info?" Zane asked. "What does it mean? How much is it actually telling us about our culture? It's extremely hard to tell. In the end, people tend to buy what they're sold, so in the end it becomes an endorsement for the book."

David Kipen, book critic of the San Francisco Chronicle, saw the increase in the number of lists as a somewhat positive event. "The multiplicity of lists is healthy," he said. "The more there are, the less power any one specific list will have. For example, the New York Times' list had way too much power."

But to some critics, the rise of the number of lists is an increasingly cynical way of reporting on books and the book industry. "The whole thing is bogus, I don't see reading as a competitive act," said Dennis Loy Johnson, a columnist and creator of the MobyLives Web site, which provides a daily log of writing and publishing news. "It's irrelevant to arts coverage and should really be put in the financial pages. It's indicative of our culture right now that more and more book sections are becoming filled with lists and no real news."

And others contend that the bestseller lists, which at their worst celebrate the gaudy and sensational at the expense of what many consider more literate books, can do as much harm as anything else.

"I'm not instinctively opposed to popularity," said Washington Post book editor Jonathan Yardley. "But it encourages readers and buyers to buy current books not of quality but of quantity. It encourages the herd instinct, and what usually rises isn't the cream."

"At some point, the bestseller lists become a tool, not just a reflection of the book business," said Kipen. "One thing that can happen is that it becomes self-reinforcing at a definable cost to other books. It becomes a real engine and starts to reflect itself as much as book sales."

Even the advent of BookScan won't necessarily produce a definitive bestseller list. If the company does manage to sign up 90 percent of retailers, that's still only 90 percent, and how the list is organized will again decide and influence which books go where and what their rank will be.

Simon and Schuster editor in chief Michael Korda, one of few people to have midwifed authors to the No. 1 spot on the New York Times bestseller list as an editor and to have made it there himself as an author, wrote a book about bestsellers, "Making the List: A Cultural History of the American Bestseller, 1900-1999."

"I wouldn't think [a BookScan bestseller list] would have a big impact," he said. "I think the New York Times list is very accurate, and Publishers Weekly is certainly accurate."

But many point to the effect of SoundScan on the music industry and worry that the new information could take book publishing down an unhealthy path.

Pat Holt, former book editor of the San Francisco Chronicle, who now writes a biweekly online column called Holt Uncensored about books and the book industry, worries that BookScan will affect how publishers choose which books to publish, prompting them to publish safe, no-risk books they know will sell.

"BookScan has a lot to tell us when it's used the right way," she said. "But we don't want to have to be limited by something that records only sales. Publishers are the caretakers of literature, that's how we get new writing, new ideas. If you publish for trends, it's just as bad as Hollywood. Majority rules does not have an equivalent in literature."

Christopher Dreher is a writer living in Plymouth, Massachusetts.