After taking the "found sound" genre to another level in 1996 with "Endtroducing ...," Josh Davis aka DJ Shadow is back with a new collage, "The Private Press." Listen in. 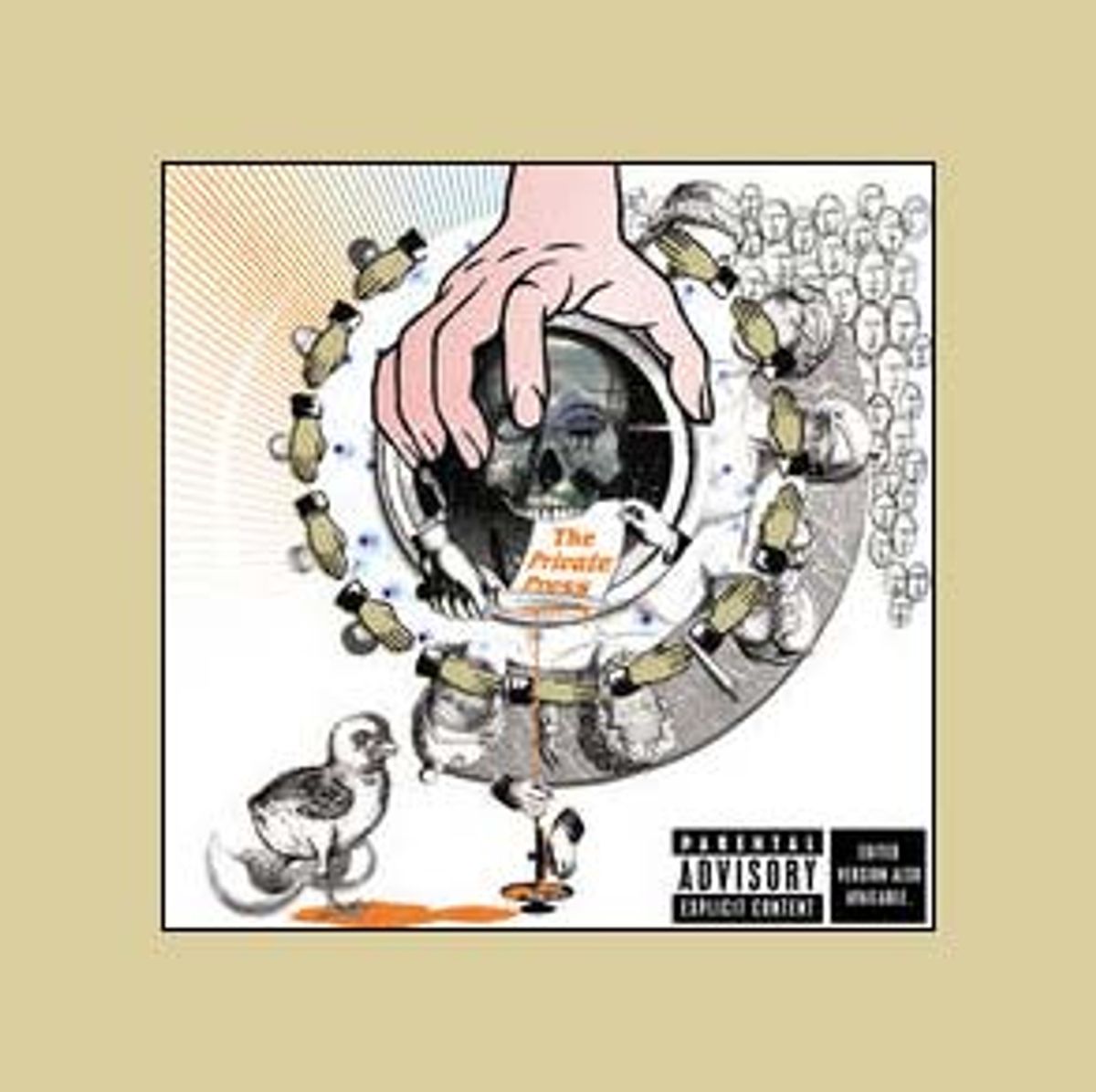 DJ Shadow
"The Private Press"
Out now on MCA/Island

Turntablist DJ Shadow (Californian Josh Davis) dropped his revolutionary debut, "Endtroducing ...," in 1996, altering the sonic landscape of pop music with an instant masterpiece of audio collage. "Endtroducing ..." layered sample upon sample to create an album symphonic in its grandeur and intimate in its delicacy. Hardcore turntablists loved it for its technical mastery and for Davis' encyclopedic knowledge of old records, but casual fans latched onto Shadow for the surprising emotional sweep and good humor of his music.

Six years later, Shadow finally releases his solo follow-up, "The Private Press." Rather than a bold commercial move it's a step in a braver direction -- inward and backward. The title refers to Shadow's primary source material for the album, the vanity recordings popular in the 1950s and '60s -- one-off albums cut by ordinary Americans, singing or playing guitar or just talking. The songs on "The Private Press" are bookended by excerpts from one such album, a 1951 audio letter from a husband and wife on vacation in California. The intimate details of the couple's life, related calmly, reinforce the sense of Shadow's work as found art, the past turned inside-out.

The rest of the album is reminiscent in sound of "Endtroducing ...," though an emphasis on beats over soundscape makes this a record better for boogiein' than daydreamin'. "Walkie Talkie," "Monosylabik" and "You Can't Go Home Again" pulse with energy. The very funny "Mashin' on the Motorway" casts guest rapper Lateef the Truth Speaker as the worst driver ever. But some songs, like "Blood on the Motorway" and "Giving Up the Ghost," hark back to the quieter moments on the last album. Shadow's biggest departure is "Six Days," which samples Colonel Bagshot's "Six Day War" and turns it into a mournful R&B premonition of a dangerous future.