Summer cooking should be as sensual and free-spirited as a Lawrence novel or a song by Brian Wilson. 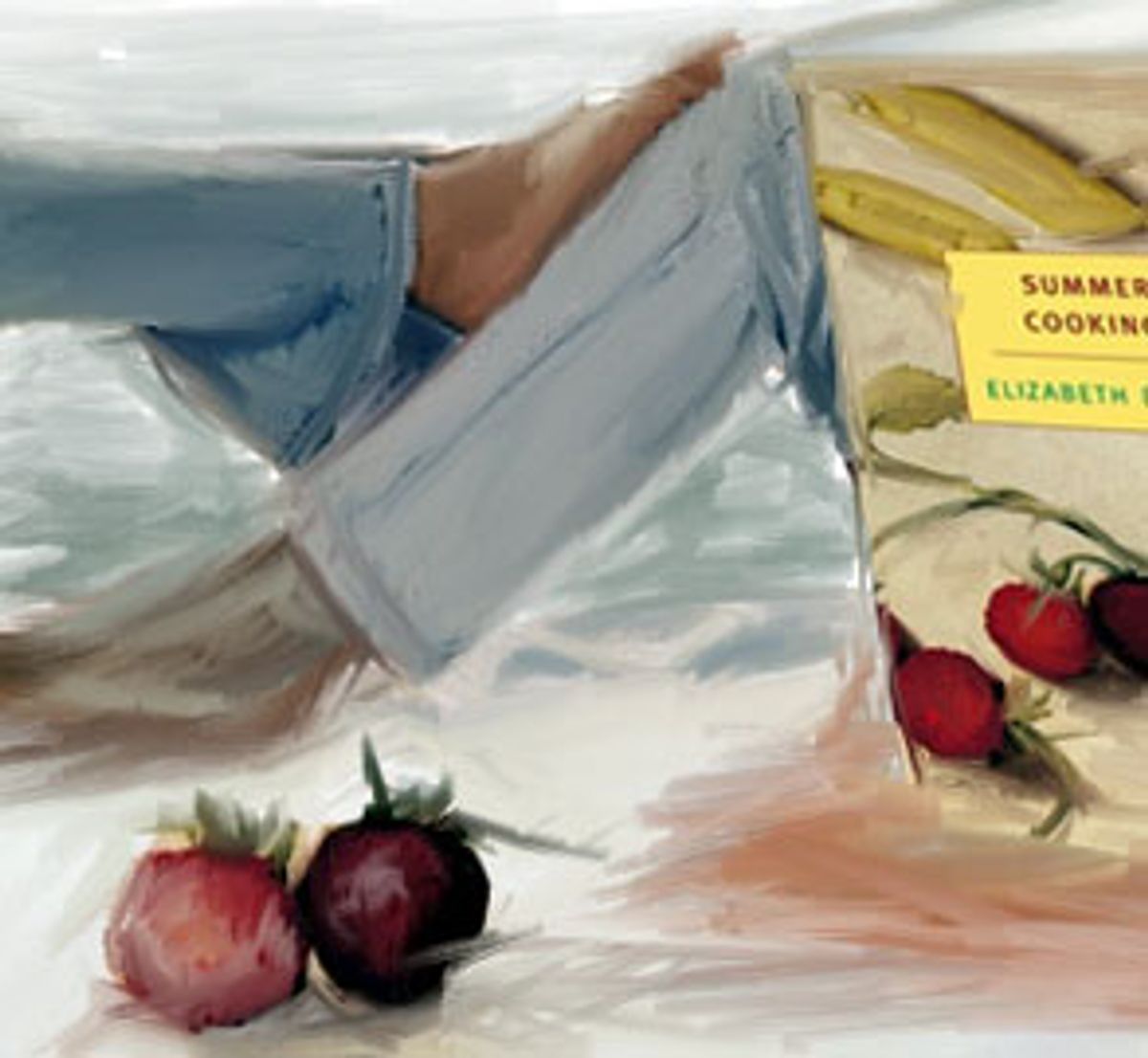 On the back of the new edition of Elizabeth David's "A Book of Mediterranean Food," the English novelist Julian Barnes is quoted as saying, "Elizabeth David was a liberator: perhaps it is not absurd to compare her effect on a certain sector of tired, hungry, impoverished fifties Britain with Kinsey's effect on America." In the new introduction, Clarissa Dickson Wright says, "You must remember that at the time this book was written the British regarded foreign food as 'filth'." Exactly the way some people still regard taking pleasure in sex.

The connection between food and sex is nothing new. But the mark of a true sensualist is the devotion to cooking and eating and sex as occasions for invention and play -- as chances to savor pleasure rather than merely attend to a need. Without even mentioning sex, Anthony Bourdain makes the case in his "Kitchen Confidential" when he writes, "Vegetarians, and their Hezbollah-like splinter-faction, the vegans, are a persistent irritant to any chef worth a damn ... Vegetarians are the enemy of everything good and decent in the human spirit, an affront to all I stand for, the pure enjoyment of food." Amen, brother Bourdain. Between beef and nothing, I will take beef.

Perhaps what makes David's "A Book of Mediterranean Food" and her glorious "Summer Cooking" such supremely sensual experiences is the tension between's David's writing style -- exquisite and precise without a hint of fussiness -- and her well-deep capacity for experiencing pleasure. (The rare cooking books that can be read as well as used, they have just been republished in the handsome series of paperback reissues from the New York Review of Books.) Had D.H. Lawrence lived to read her, he might have recognized a kindred soul. And if Brian Wilson ever picked up a copy of "Summer Cooking," so would he.

There's an echo of Lawrence's remark "There is a brief time for sex ... but when it is out of place as an activity there still should be the large and quiet place in the consciousness where it lives quiescent" in David's observation about "the suitability of certain foods to certain times of the year, and the pleasure of eating the vegetables, fruit, poultry, meat or fish, which is in season, therefore at its best."

David's mission, in "Summer Cooking," is to make us feel whole and alive in the moment. She writes about summer cooking as an act of improvisatory simplicity, taking into account not just the reality that nobody wants to spend a lot of time in the kitchen when it's hot, but the unfamiliar holiday quarters in which summer cooking is often done. It has the daydreamy allure of vacation brochures.

When I got my copy of the book a few weeks ago, I got in bed with my wife that night and read her recipes from it, tempting her with the new things I could make from familiar ingredients. Making them was even more fun. (I especially recommend a lunch of cold omelettes and salad. Don't fold the omelette as you cook it. Slide it flat onto a plate and allow it to cool, then spread it with the pâté of your choice, roll it like a crepe and serve it.)

Since most of us never get over the feeling of being a kid let out of school for the summer, it's not unusual that, reading David, a pop soundtrack starts playing in your head -- George Clinton's "Summer Swim," DJ Jazzy Jeff and the Fresh Prince's "Summertime," Rachel Sweet's "It's So Different Here," Jonathan Richman's "That Summer Feeling," the Orb's "Little Fluffy Clouds," Squeeze's "Pulling Mussels From a Shell." And because the pleasures of summer are transitory ones, the tune that inevitably wafts through your brain is the Beach Boys' transcendent and plaintive "All Summer Long." "After all," David writes, "it is summer. You are on holiday. You are in the company of your own choosing. The air is clean. You can smell wild fennel and thyme, dry resinous pine needles, the sea. For my part, I ask no greater luxury. Indeed I can think of none." For my part, I'd add "t-shirts, cut-offs, and a pair of thongs." Heaven.