The editor of Psychology Today has a theory that you can learn to fall in love, and he's using himself as a guinea pig of passion. 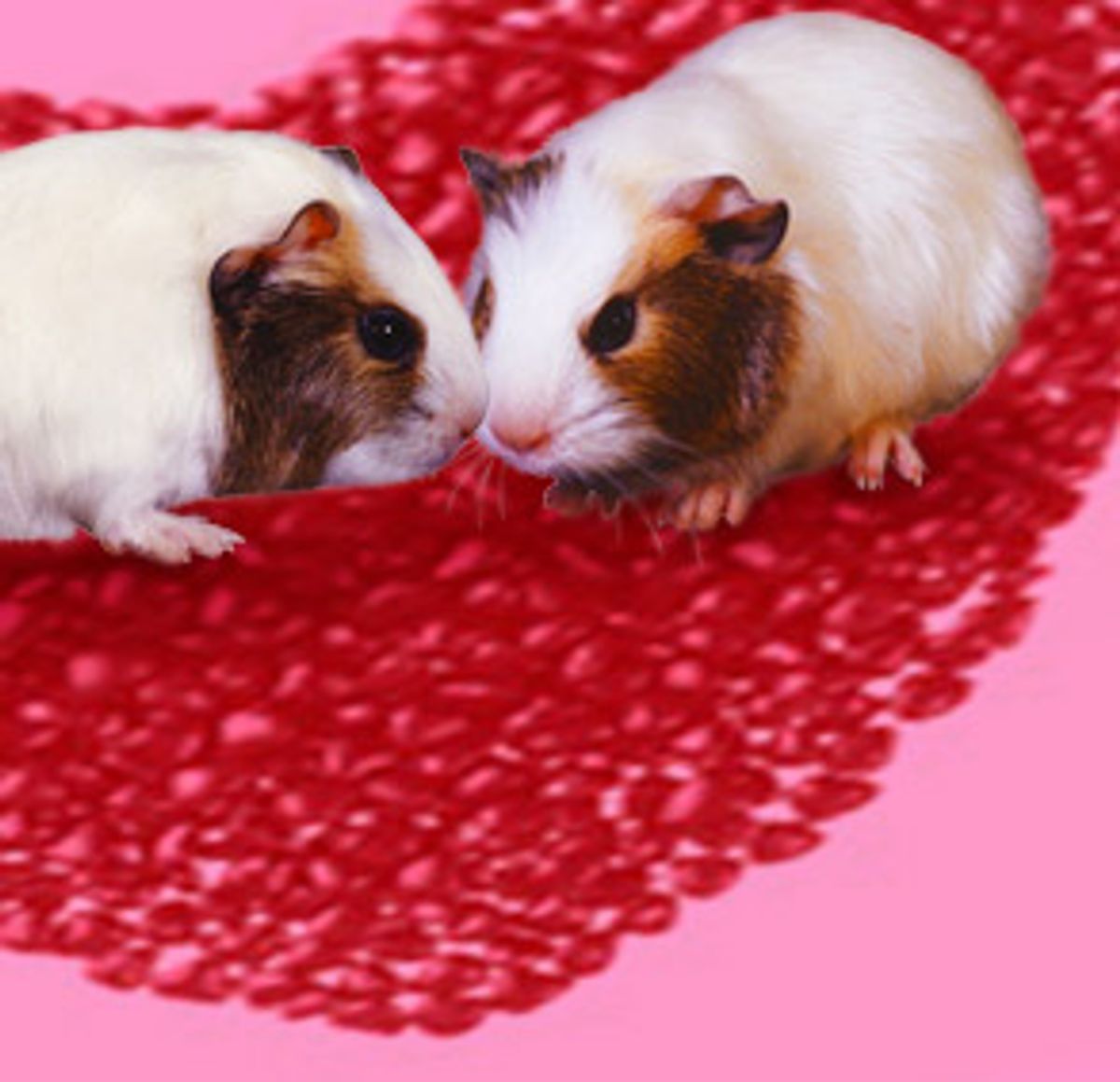 If Robert Epstein's experiment is a success, he will fall madly in love. He hasn't found her yet, but he's confident he will. The pair will be expressive, trusting and committed. They will vow to attend to each other's emotional and sexual needs, and they'll even forgive each other if the whole thing ends up not working out.

What does he know that we don't? Epstein, the editor in chief of Psychology Today, recently published an editorial in the magazine searching for a woman who would be willing to fall in love with him. The two would read up on love, meet with counselors, learn to fall in love with each other and write a book about the process. If all goes according to plan, by the end of it he'll have a steady girlfriend and a book deal. He swears it's in the interest of science.

What makes him different from "The Bachelor" on ABC is that Epstein is attempting to prove a hypothesis that he believes the rest of us can benefit from: Falling in love can be learned.

Though he admits that falling in love doesn't necessarily mean finding a lifelong mate, he'd like both. "I would love to find love, and stay with this person and marry this person," he says. Maybe even have children, he adds. Epstein, 48, has four children from a previous marriage. He believes that through the course of his experiment, he will prove that it is possible to learn to fall in and develop true and lasting love -- and then bottle it, and sell it to the rest of us.

"We're very stupid in our society," he says. "We allow in this culture anyone to get married even though they may be completely ill-equipped." He believes that the way we go about it now sets us up for failure.

"The way we currently look at love is pretty hopeless and pathetic," he says. "It says, 'I have no control. I have to stumble on The One, and if I don't, I'm just out of luck.'" Though he's not proposing the idea of arranged marriages for everybody, he looks to them as evidence that our system of love is flawed.

"We do things the opposite. We start out with a passion that disappears. They [cultures with arranged marriages] do it with social support and over time learn to love each other very deeply." He says we confuse love with lust in this culture. "We date people even if they're not available," he says. "We will certainly date people if they're not suitable -- we'll date them anyway. Because the magic is supposed to overcome any hurdle and it really doesn't work that way."

He thinks we should swap the mystery and the chemistry and the je ne sais quoi that drives us toward each other for a more methodical approach. Enter the "love contract." Conceived by Epstein, written in a cursive computer font and garnished with clip-art hearts, the love contract is a document both parties sign and agree to honor.

In signing Epstein's contract, the couple pledges to communicate well, express their feelings freely, trust each other, have fun together and, "most important of all, to love each other with a love that is genuine, deep and ever growing," it reads.

Sex isn't referred to plainly, but there is a sentence about being "aware of each other's needs and wants, and to know how to satisfy those needs and wants." Epstein says that sex falls into that clause.

Epstein's love contract presents precise terms so there can be no misunderstanding of either party's intentions.

"What this says is: We're available, we seem to be more or less compatible, let's engage in a process which commits us to learn to love each other," he says. He plans on developing the process as he goes along, but one element would be regular couples counseling. Why wait until the relationship is falling apart? he says. Start counseling from the get-go. The two would learn communication skills, "get to know each other intimately, to put aside old baggage and overcome traumas." Epstein and his yet-to-be-chosen betrothed would also go on weekend retreats, exercises like "trust falls" -- you fall back, I'll catch you -- and the like.

"It's about the most bizarre thing I've ever heard of," says David Popenoe, Ph.D., co-director of the National Marriage Project at Rutgers University. "There's a germ of an idea there, but this isn't the way to test it. It's so cheap -- like advertising for a wife." Popenoe does believe that people who are well-suited to each other can probably find love over time. "You want to pick somebody with your head as much as your heart."

Having a goal like falling in love in six months is a tall order. But it's less daunting than a marriage contract, Epstein points out. And there is an escape clause. If, at the end of a predetermined time, sparks aren't flying, or Jane can't seem to let go of John's toothpaste-squeezing style, the love contract grants the right to end the agreement at the set date. Written at the bottom: "No hard feelings, please!"

"Sometimes you don't have to define a term precisely to know what it means," Epstein says. "We have an interest in our culture in romantic love in which each person feels enormous passion for the other person. Clearly it's the ultimate kind of attachment to feel for someone and I think we can get more control over it" -- not only by cultivating it once it's there, he says, but by actually making a concerted effort to conceive it.

He says that in many aspects of our lives, we've learned that we have a lot more control than we previously thought. Stress, for example. Today, people are doing yoga, practicing meditation, all with the idea that they can alleviate stress and pressure in their lives. And it works. But we've only discovered that recently.

"Originally, if someone meditated or did yoga, that was so weird," he says. Today we know that "we can control stress -- it's possible to do. Well-being to some extent is something we can engineer."

He's not saying that any two people can learn to love each other. Certain elements have to be present, like compatibility and physical attraction. He believes that if a couple agrees to a three- or six-month contract, to date exclusively and commit to trying to fall in love, "that's going to give them a structured way to learn about loving each other."

I can't imagine sexy, Italian people bothering with any of this. But it seems to be what a lot of American women want to hear. Epstein has received more letters and e-mails from women than he can keep track of; he's guessing it's in the thousands and it's growing. Many of the letters are simply to offer support; others are to be considered for the position/book deal. Some women view this as an opportunity, he says. They are ready for a serious relationship and this sounds like a good idea.

It might work, says Popenoe, especially for "people who lack opportunity and are kind of desperate." He hates to admit it, he says, but Popenoe puts some of the burden on the women who are responding. "The 25 women that showed up for 'The Bachelor'? Desperation." Popenoe is curious about how Epstein will select women to date. "How old is Epstein?" he asks. "Fifty? I guarantee you the woman he picks will be under the age of 35," he laughs.

Epstein doesn't know where to begin. He has asked friends for help in sorting through the responses. One friend of his even suggested a party, where a group of them would get together and sift through them all.

"I'm overwhelmed," he says. Plus, "CNN wants me on Monday morning; I've had calls today from the London Guardian, 'Inside Edition,' 'Good Morning America,' 'Dateline.'" The list goes on. Someone has even proposed a reality TV series.

Epstein's proposal is not a publicity stunt, he says. "It's a serious, albeit small-scale, challenge to a vexing myth," he wrote in his original editorial.

Love isn't the magic we think it to be, he says. He predicts a success rate of over 50 percent if couples use his method for falling in love. His personal fantasy -- bestseller and reality-TV show aside -- is that he and his lab partner/significant other/coauthor will experience a very "pure love." He remembers a time in the past when he encountered it. "I did once love someone in a way that was qualitatively different in that when we broke up all I wanted was for her to be happy." They were engaged when she discovered that she was a lesbian. "I was upset," he says, "but I have never had any possessive feelings for her. There was purity to those feelings that I've not experienced before."

Epstein's four children are completely supportive of the plan, which might result in a new stepmom. "It will certainly be less chaotic than any dating I've ever done."

When we last spoke, he was in his car, on the way to meet the first one of these ladies. It was less a date than it was a photo opportunity with the Los Angeles Times. "I think like a journalist," he says. The Times suggested the meeting and Epstein chose a letter randomly. He spoke with the woman on the phone and describes her as bubbly and interesting. She was excited when he told her the Times would be coming, which he views as a "good sign."

Perhaps that means that any potential partner should enjoy attention from the press as much as he does.