At home with Agent 99

Actress Barbara Feldon, in her new role as author of "Living Alone and Loving It," invites a few of us over to listen and learn. 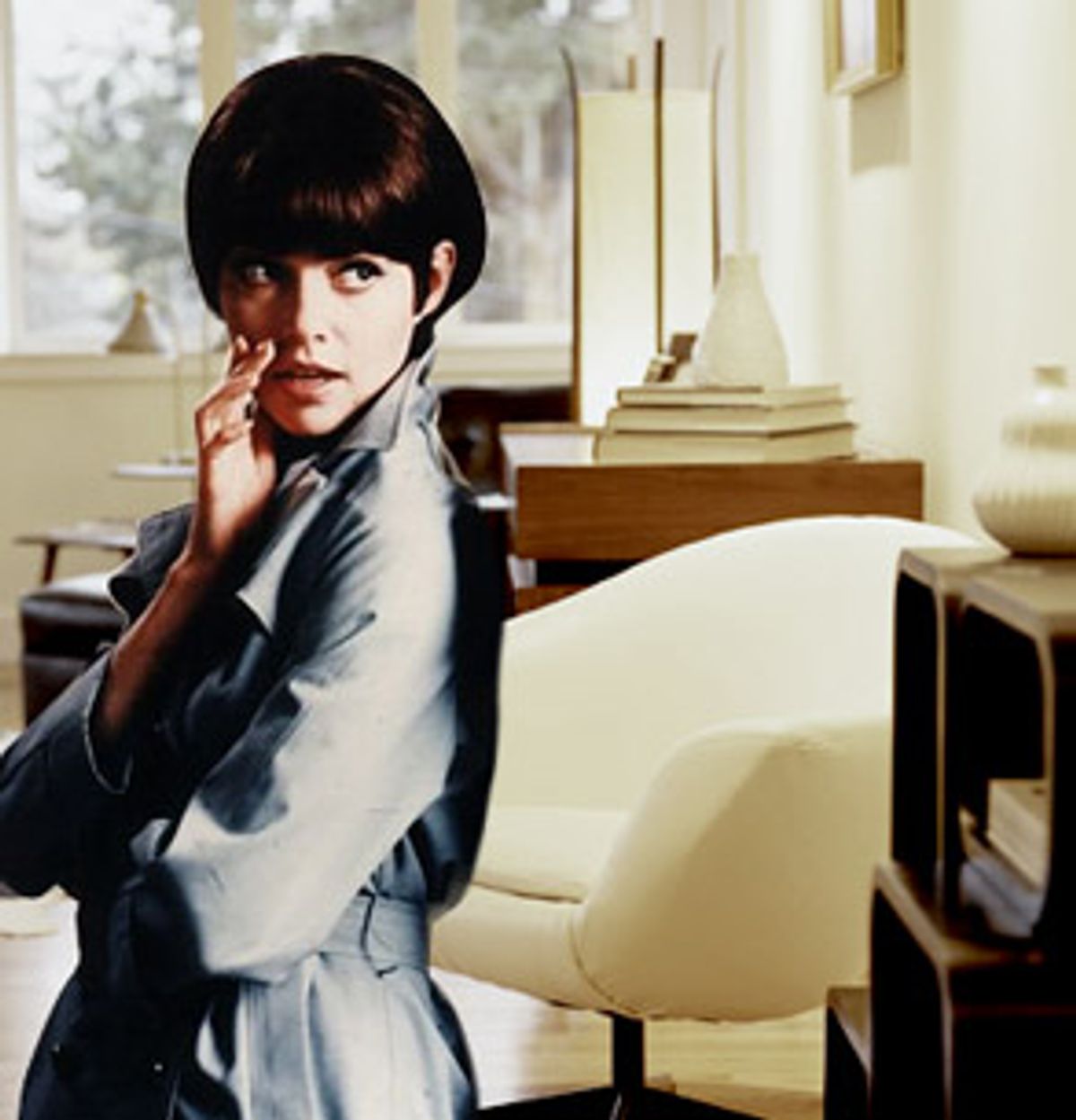 If you wanted to learn to love living alone, you could find a lot worse places to do it than Barbara Feldon's apartment on the Upper East Side of Manhattan. Feldon, best known for playing Agent 99 on the television series "Get Smart" (which ran from 1965 to 1970), is the author of a new book on savoring the single occupant lifestyle, "Living Alone and Loving It," set to arrive in bookstores in January 2003. To encourage the press to cover the book, she and her publisher invited a dozen or so of us, including editors from Good Housekeeping, Harper's Bazaar and Town and Country, into her townhouse flat, featured in the April 2002 issue of Architectural Digest, for lunch.

Feldon stood before the gathering in a gauzy white dress and explained in her trademark husky voice that she had been married for eight years and spent 12 years in a live-in relationship, then found herself living alone and considerably panicked about it. She concocted a cover story for a magazine editor friend about writing an article on women who live alone happily as an excuse to quiz people who had pulled it off. One Englishwoman, she says, cheerfully answered her questions for a while before leaning forward and asking, "You're rather up against it, aren't you?"

To the casual browser, "Living Alone and Loving It" offers much of the same advice you can find in other inspirational or self-help guides: Get involved in the community, learn not to think of marriage or coupledom as the answer to all of life's dissatisfactions and avoid "negative thinking." It is unusual in that it doesn't promise that following its advice will get you more dates or make you more likely to find a partner. Feldon insists that she wants to show how single life can be just as satisfying as coupled life, but in different ways.

In her early 60s, Feldon is tall, willowy and still pretty much of a knockout, especially without the whopping false eyelashes of her "Get Smart" days. You don't have to have had a childhood crush on her to believe she's still fighting them off with a stick. She doesn't disclose much about her own experiences with cohabitation, so it's tempting to conflate her partnerships with Agent 99's (eventual) marriage to the dimwitted Maxwell Smart. Agent 99 seemed to spend most of the show's episodes trying to prevent Max from doing something stupid, so you can see why Feldon's most famous character, at least, would find solitude more appealing.

Plus, if Feldon lived with someone, she'd have to share the apartment, a serene, three-room (plus sleeping loft) paradise of high ceilings, polished wood floors, enormous mirrors, transparent linen curtains and leafy views glimpsed through French doors. It is sublimely free of tchotchkes. There's a fireplace and grand piano (for recitals) in one room, and a lacy 19th-century French cast-iron sleigh bed near the windows that overlook her quiet street (one block to Central Park, and in the other direction, one block to the Guggenheim).

She clearly likes candles in silver holders, and books, lots of books, the kind that look as if they've been avidly read. (Edith Wharton seems to be a particular favorite.) During her talk Feldon cited the example of Thoreau, quoted Montaigne and recited a poem by Apollinaire, leaving her guests slightly stunned. To meet Feldon in person is to wonder why you ever thought Agent 99 with her doltish spouse and two squalling infants was cool; the real thing's so much more awesome.

Feldon's apparent affluence surely makes living alone easier, but then again, it would make living with someone else easier, too. Most of the advice in "Living Alone and Loving It" applies fairly well to all income brackets. (The book contains a chapter on taking responsibility for your financial life. I have no idea how much money there is in having starred in a successful TV series more than 30 years ago, but my guess is that Feldon's probably one of those people who was smart enough to invest it well.)

Feldon recommends cultivating "passionate friendship" (that's where Montaigne came into it), especially for people who feel emotionally deprived without a life partner. She told us that when she thinks back over a particular period of her life, her most "romantic" memories aren't of the man she was "madly in love with" at the time, but of her travels with an entirely platonic male friend, with whom she watched a flight of swans rise up through the moonlight over the North Sea and discussed the meaning of life in a Mexican cantina.

If such friendships seem a tall order for the average mortal, she suggests that everyday encounters with people like dry-cleaners and waitresses can be improved if we just pay attention to each one "as a full human being." As a result, Feldon brings a certain intensity to even casual one-on-one conversations that can be a bit disconcerting, especially in a celebrity, but less so once you realize it's a matter of policy.

Feldon also plays hostess to what sounds like an endless series of groups -- singing groups, writing groups, even something called a "goals group," which helps its members cross things off their higher to-do lists. The invitation described her as "a founding member of the National Women's Political Caucus," although it turns out she was involved with a later version of that feminist organization, not its initial incarnation in 1971, but she's still interested in feminist causes and ideas. Mostly, though, she's an evangelist intent on spreading the word about the solo life. "I want to lecture about this," she said fervently to one guest. You have to wonder what all the people she doesn't live with will do without her if she hits the road.