The winner of the 2001 Nobel prize in economics talks with Damien Cave about his book "Globalization and Its Discontents," the WorldCom scandal, the mistakes of the IMF and more. 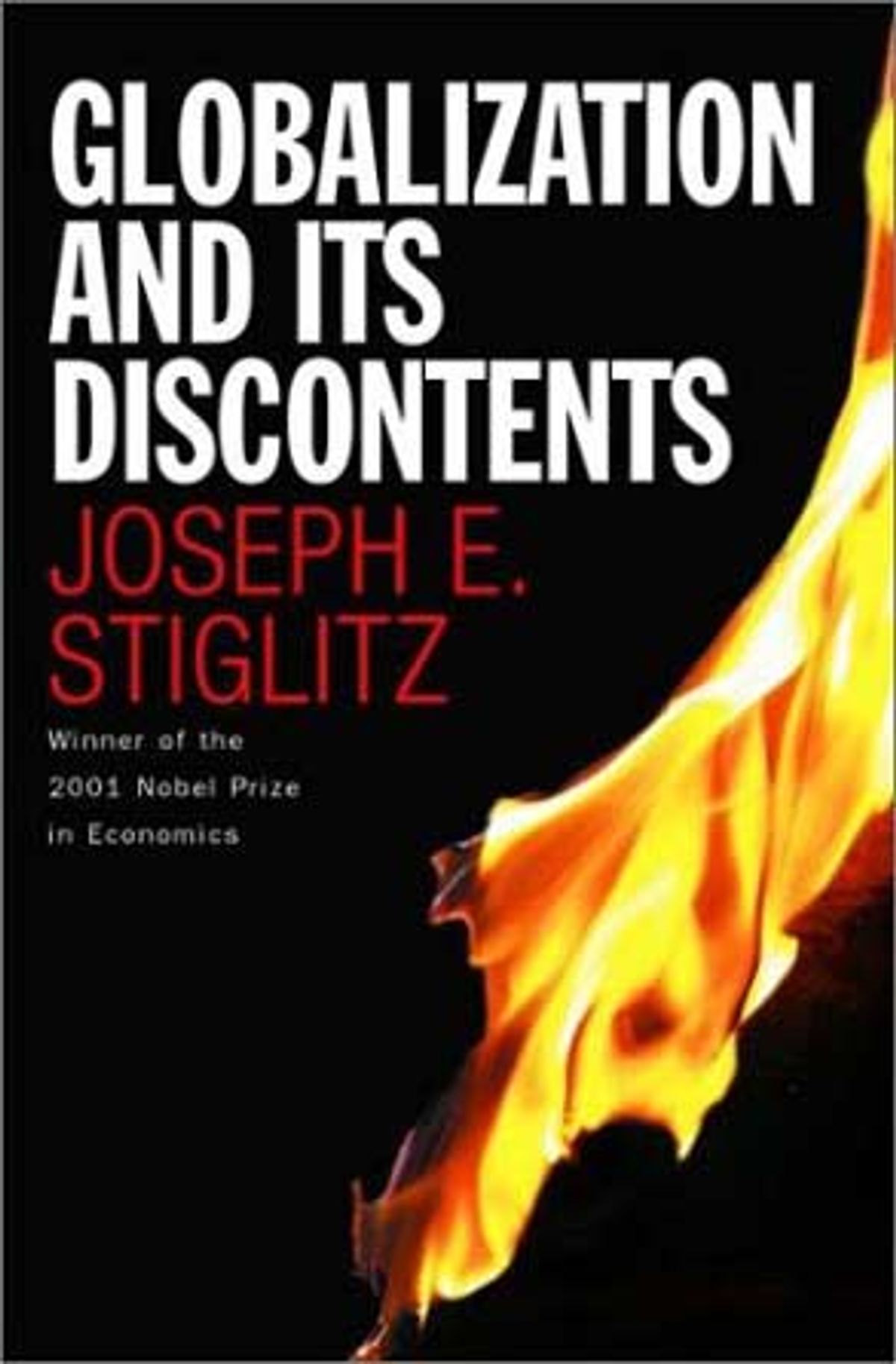 Those seeking to understand why globalization has engendered the hostility of protesters in Seattle and Genoa will find reasons in Joseph Stiglitz's "Globalization and Its Discontents." Stiglitz demonstrates repeatedly that the International Monetary Fund puts the interests of its "largest shareholder," the United States, above those of the poorer nations it was designed to serve.

The winner of the 2001 Nobel prize in economics and renowned academic economist, Stiglitz served as chairman of President Clinton's Council of Economic Advisers and as chief economist at the World Bank, and thus is in a unique position to provide a rare glimpse behind the closed doors of global financial institutions.

While this book includes no simple formula on how to make globalization work, Stiglitz provides a reform agenda that should provoke debate for years to come.

Stiglitz visited Salon's New York office and spoke with Damien Cave about his book. In the excerpt below, the conversation has just turned to current events -- the revised earnings statements of WorldCom and Xerox -- and Cave asks Stiglitz about historic precedents of comparable corporate fraud.