A wannabe comedy of manners about a brainy prep-school kid with a Mrs. Robinson complex founders on its own preciousness -- and squanders its beautiful women. 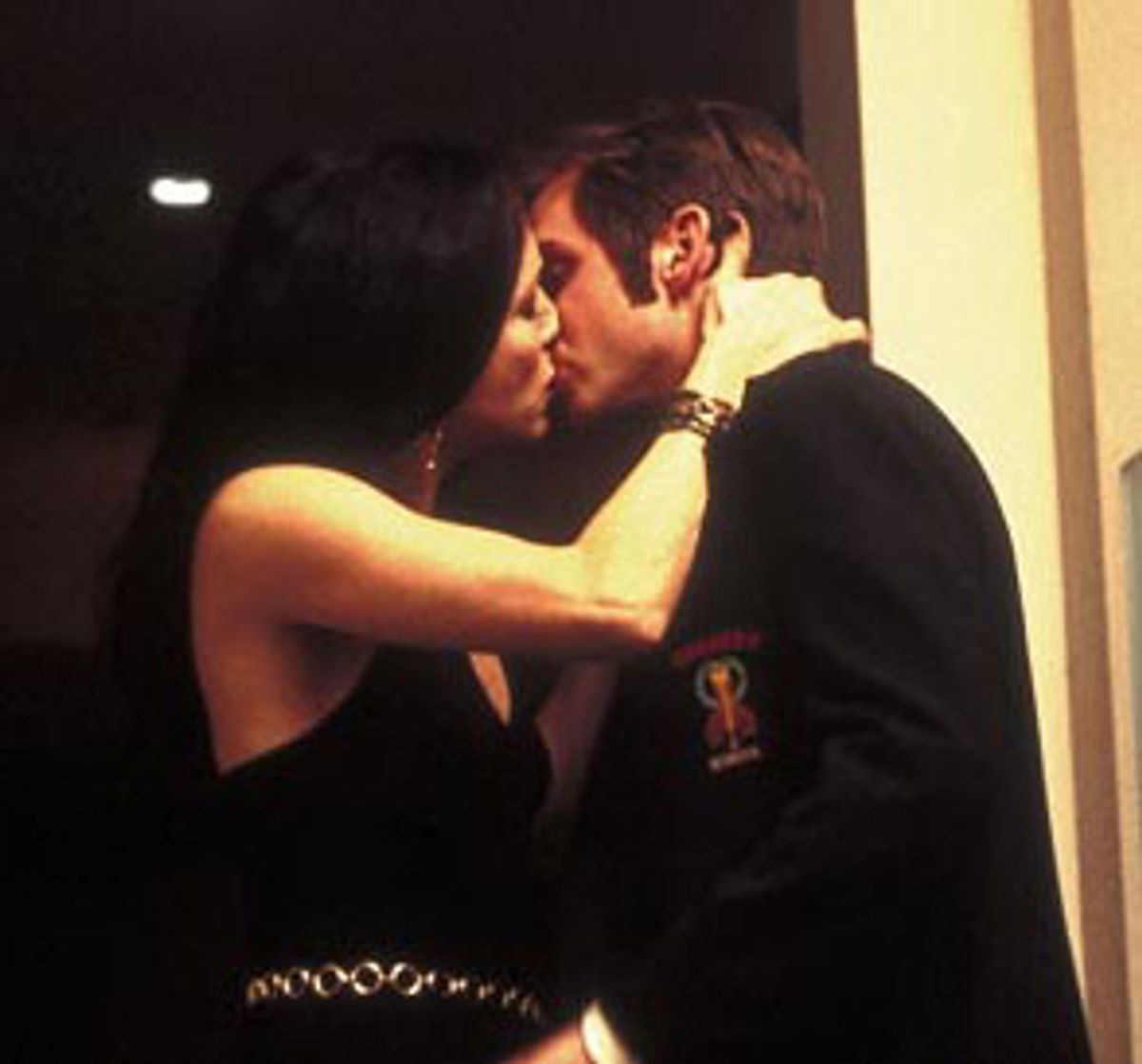 "Tadpole" is an ostensibly sweet little picture about a 15-year-old prep school kid, fluent in French and a fan of Voltaire, who's so sensitive he prefers older women to younger ones. The big problem with it is that the setup is treated as just that, a scheme around which many things that are intended to be funny (but aren't very) are packed like ice around a fish.

It certainly starts out with good intentions. Oscar (Aaron Stanford) is headed from school to his home on New York's Upper East Side for Thanksgiving break. It's a comfortable, well-appointed home, furnished with tasteful but not costly furniture, lots of books and a tweed-jacketed academic dad in the form of John Ritter. Oscar seems to like his dad OK, but he's still determined to tell his stepmother, Eve (Sigourney Weaver), that he's deeply in love with her.

He adores everything about Eve, who's a medical researcher: her mind, her hands, her way of walking around the room. It's an idealized love, though -- he doesn't seem to have any interest in whisking her off to bed. But before he can declare his ever-so-pure intentions, he somehow gets drunk and, confusedly, ends up sleeping with Eve's best friend Diane (Bebe Neuwirth), a dazzling chiropractor.

Director Gary Winick ("The Tic Code," "Sweet Nothing") and writers Niels Mueller and Heather McGowan clearly intended "Tadpole" to be a gentle comedy of manners. But everything in the movie feels like a device. Oscar's love of Voltaire and fluency in French are the tags that identify him as sensitive. We're told he loves the hands of older women: "Experience, wit, intellect -- they're all revealed by the hands," he tells his best friend. This is supposed to make him some sort of dream date for the over-40 set.

Later, we see him holding court in a cafe with a group of 40-plus women, discoursing enthusiastically but humorlessly on French philosophy as they lean forward over their half-eaten pastries, wide-eyed and appreciative of his youthful brilliance. One of them hands him her card with a glassy-eyed smile. None of them seems to be aware that he's done nothing but condescend to them the whole time; they haven't been engaged in a vivid conversation as much as been held hostage to one. It's not clear if Winick thinks Oscar's tedious windbaggery is supposed to be sexy, or so beyond the boundaries of sex -- boring, old bourgeois sex -- that it sets the hearts of these women aflame. Either way, the women's rapt involvement in Oscar's obvious self-absorption makes for a completely puzzling scene.

Worse yet is the way Oscar, and the movie itself, treats Neuwirth. She's the liveliest, most glittering presence in the movie: With those naughty, sparkling eyes and that cupid's-bow mouth straight out of a speak-easy, you understand perfectly how Oscar could fall for her.

But he doesn't. Oscar is horrified after his one-night stand with Diane. He makes her promise not to reveal their secret to anyone, and he tells her (actually, it sounds more like a lecture) that they must never sleep together again. Diane, who is easygoing, openhearted, sexually free but always sensible, agrees to his terms with a mischievous twinkle. But she likes Oscar, and she's had a nice time. So when she later suggests she might like to sleep with him again, he repeatedly rebuffs her with the air of a cranky, superior thundercloud, asserting that he loves only Eve.

His behavior is supposed to be charming: What a fine, decent young man this is! But really we only wonder how he can be such a schmuck. And we're supposed to sigh with approval over the fact that he isn't hormone-addled -- but does he have any hormones at all? Oscar's motivation is pure; so what if he treats the people around him, particularly Diane, like extras in his own droll little drawing-room comedy? Neuwirth, always a smart and capable actress, holds her own in the fray: But if you're lucky enough to have an actress like her in a movie, why use her this way?

Weaver fares better, and the best moments in the movie belong to her. Oscar brings Eve some lunch at her workplace, and they share a quiet afternoon. (She doesn't yet know how he feels about her.) She finds herself explaining the intricacy of the human heart as an organ, not a metaphor, and Oscar listens, spellbound. Weaver plays the scene beautifully, with carefully balanced levels of seriousness and enthusiasm that are perfect for her character.

The scene is also Stanford's best, perhaps because he's allowed to keep relatively quiet, for once. "Tadpole" is being sold as a fresh, breezy older-woman/younger-man romance, but it isn't that at all. It's really a portrait of a 15-year-old kid whose hormones aren't what make him obnoxious -- it's his intellect. Or, more specifically, his constant need to remind the world how precocious he is. In the movie's view, brains and sensitivity are what turn older women on. They're long ago supposed to have forgotten about sex -- and if they haven't, their punishment is to be flogged with Voltaire quotes until they've completely forgotten what sexual desire is like.

And then there's the way "Tadpole" looks. The picture was shot on digital video (D.V.), and it shows: It's all grainy surfaces and murky, orangey lighting. ("Tadpole" was produced by InDigEnt, a collective co-founded by Winick that's dedicated to exploring the craft of digital feature filmmaking.) Audiences' tolerance for D.V. has yet to be determined. The general sense I get is that if the only way for a smart little movie to get made is to use D.V., then audiences will accept the medium's substandard aesthetic.

But what about a casual little movie that revolves around one feeble concept, a movie that could only be made on the cheap because it wouldn't really be worth the time and money it would take to put it on film? The jury is still out on that one. "Tadpole" may have cost less to make. But the audience still spends the same amount of time in the theater and pays the same price for a ticket.

Andrew O'hehir Beyond The Multiplex Movies