"Pixies" is the first official release of the indie rock band's 1987 demo tape (known among bootleggers as the "purple tape") that got them their first record deal. Listen in. 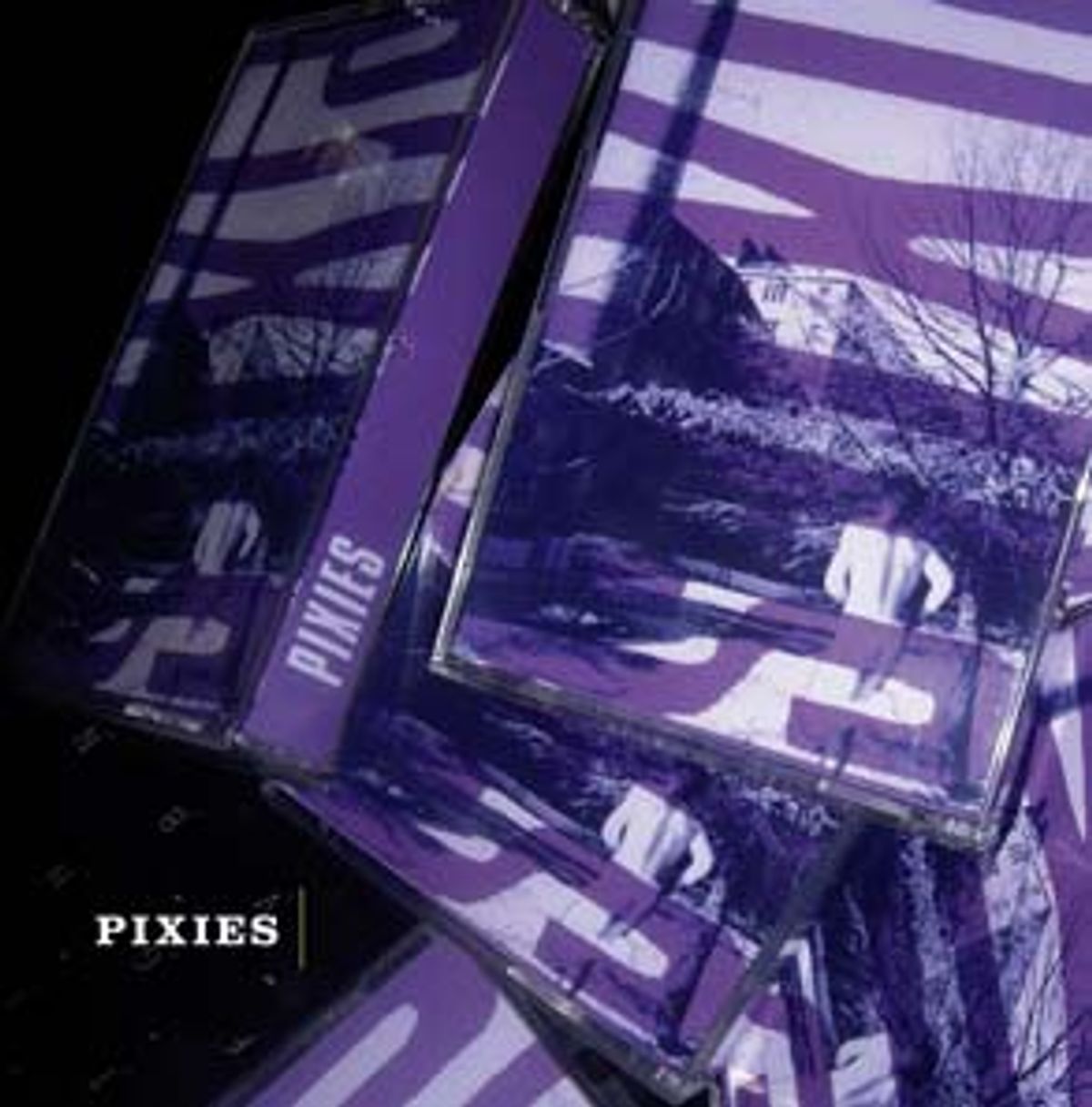 The Pixies
"Pixies"
Out now on spinART Records

In 1987 indie rock group the Pixies recorded a 17-song demo cassette at Fort Apache Studios in Boston. Fans came to know of it as the hard-to-find "purple tape." That demo got the Pixies a deal with record label 4AD, which used eight of the tracks for the band's debut EP "Come on Pilgrim," released that same year, yet the original versions of the nine other songs have existed only as bootlegs.

The band rerecorded some of those remaining nine tracks for later albums, but now, with the CD release of "Pixies," indie label spinART finally makes the original versions -- and an important piece of the band's history -- officially available to the public.

"Pixies" features some of the band's most popular singles, sparkling in their embryonic form. Among them are a cleaner, keener version of "Break My Body," a more subdued version of "Here Comes Your Man," and the stripped-down "Subbacultcha" -- a stark treasure that lacks some of the lavish silliness of its counterpart from the "Trompe Le Monde" album. The real gem here, however, is a hauntingly simple remake of Peter Ivers' "In Heaven (Lady in the Radiator Song)" from the soundtrack of David Lynch's 1977 film "Eraserhead."

While bigger budgets later afforded the Pixies the luxury of a denser, more determined sound, this collection of early material nicely demonstrates the band's energy and the scope of their musical ambition.