Menopausal women: Use it or lose it

Forget the pill-pushers -- the best way for older women to stay sexually interested is to keep having sex. 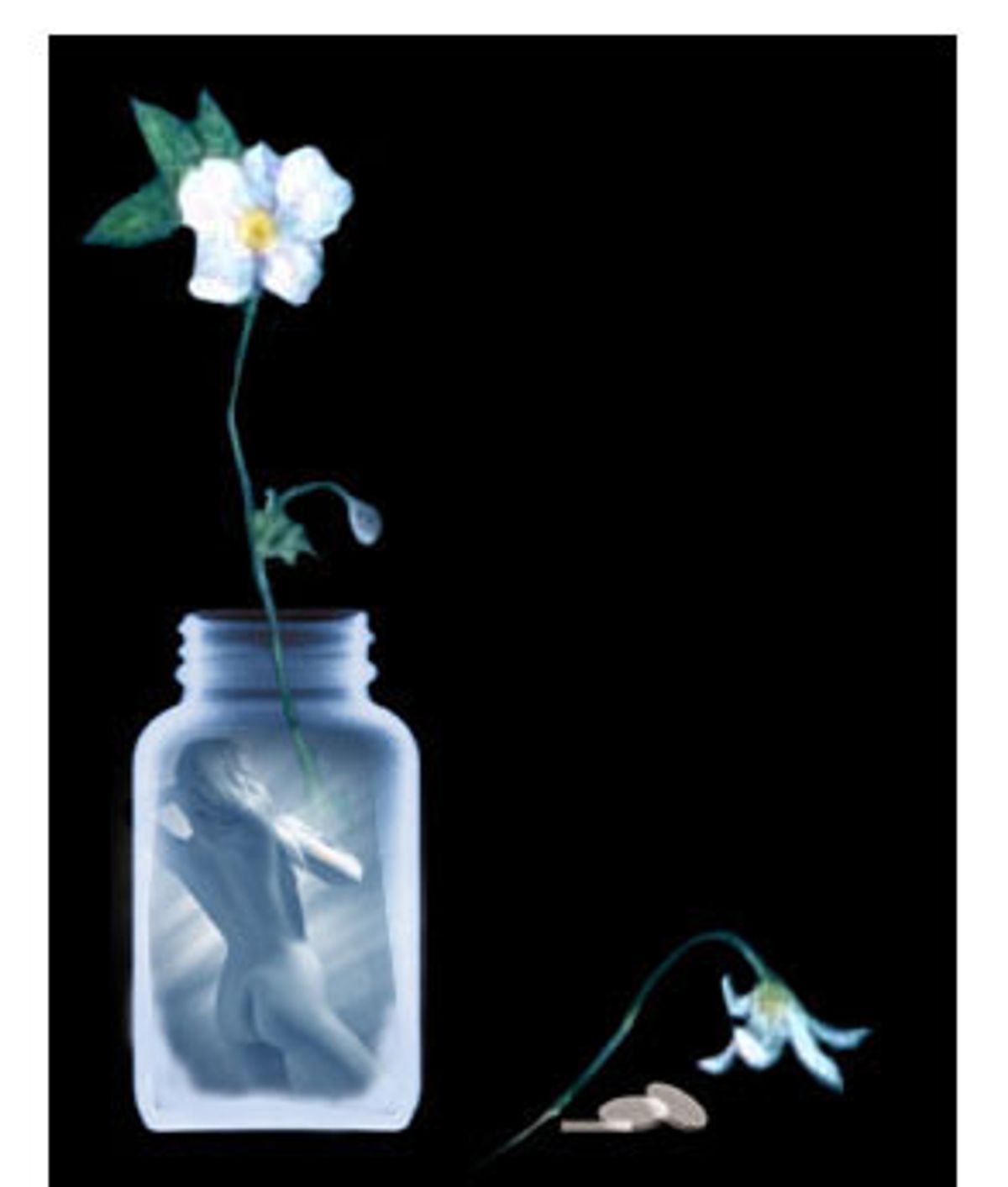 An Australian medical study that followed a group of women for 10 years released its conclusion this past May: Post-menopausal women tend to dramatically lose sexual function. Did we really need the cost of a 10-year study by doctors to tell us what almost any honest post-menopausal woman would be willing to admit (assuming she isn't a Samantha Jones wannabe)?

I passed through menopause at 48, three years ago, and in my book "This Is Not Your Mother's Menopause" I wrote about my own stretch of lack of interest in sex: "For about six months sex became the farthest thing from my mind. I just had no desire. It wasn't anything to do with Gerald [my husband]; it was my own problem, but I didn't really feel compelled to fix it because the whole idea of sex simply didn't interest me."

That lack of sexual desire that strikes many women around menopause has been turned into another moneymaker by pharmaceutical companies interested in expanding the list of things for which HRT might be used. The Australian study, for instance, said that women could avoid much of their sexual dysfunction by using hormones. The doctors from Down Under linked a decline in sexual interest, arousal and frequency of sexual activity -- and an increase in vaginal dryness and pain during intercourse -- to the plunge in levels of estradiol, an ovary-produced hormone. "Therefore, estrogen-containing hormone replacement therapy can protect against decline of sexual functioning," concluded the study.

Boy, that must have temporarily made the hearts of some drug-firm executives race faster. Too bad that in July part of the Women's Health Initiative study for the most widely prescribed hormone prescription in the U.S. was abruptly halted due to the increased risks for blood clots, invasive breast cancer, heart attacks and strokes. You would really have to be desperate for sex to be on a medication that increases your chances for an early death.

Well, some of you might say, men do it all the time. Viagra, the wonder medication that puts Anna Nicole Smith at risk of having to go to bed with the next 90-year-old multimillionaire she marries, puts men at an increased risk of death from sudden heart attacks. But men are different, in case you haven't noticed. A slight uptick in the death rate is worth it to some of them to stay sexually active. Women need a bit more than just a medication. And maybe that was the problem I had initially with the Australian study.

Actually, Viagra is now being prescribed for women, even though the FDA hasn't approved it yet for us. (More than 150,000 women now use it, according to its maker, Pfizer.) Viagra increases the blood flow to the genitals. Women need this blood flow, just as men do, to achieve sexual arousal. That's the good news. The bad news is that even Pfizer's own doctors admit there's no reason to think the side effects, such as headaches and temporary visual problems, will be any different than in men. Viagra can also be deadly for a woman who is on heart medicine containing nitrates.

Too many doctors, and pharmaceutical companies, assume that a simple pill is all it takes for us to want to have sex. But it's much more than just making sure we are physically ready. For us good sex, and the desire for it, are often dependent on many other factors -- such as the relationship we are in, our emotional state, how we feel about our bodies, and even our general mood. Hormones address the mechanical part of it but don't address the complex emotional part of what really makes sex work for us. Hell, we've been giving millions of women HRT for 40 years and it doesn't seem to me that many of them are enjoying active sex lives in their later years. If hormones were the answer, this wouldn't be an issue anymore. A British study this past June found that almost two-thirds of women who started an HRT regimen gave it up in the first year due to unpleasant side effects. "They complained of migraines, losing their sex drive and putting on weight. Some also reported breast tenderness and depression."

I've talked to women who swear that their reduced libidos responded to testosterone, one of the hormones now touted for maintaining an active sex life past menopause. One of the most popular prescriptions is for a patch that releases testosterone and androgen. I'm always amazed that any woman who did a minimum of research would ever pop testosterone. We all naturally produce it. Before menopause, estrogen keeps it in check. But after menopause, and without enough estrogen to act as a balancer, testosterone can deepen the voice and in rarer cases cause facial or chest hair. Taking the hormone enhances the odds of these side effects, which may not be reversible. And if that's not bad enough, testosterone also causes a lot of women to gain weight. Now, if I took testosterone to enhance my libido, it's hard to imagine that my husband would find me very attractive if I had a moustache, talked like James Earl Jones and weighed 40 pounds more. If that's progress, I'll pass.

I never went on hormones during menopause, but my sexual desire did return slowly. A critical part was that my partner did not rush me or make me feel bad about my lack of interest. I learned a lot about myself and my body. Nutritional supplements, including extra magnesium, vitamin B6 and zinc, help boost the libido. Also, sarsaparilla, a herb, helps the natural production of testosterone. And though estrogen-based creams do help with vaginal dryness, there are also natural alternatives, including vitamin E capsules and calendula cream, a moisturizer with antibacterial properties that nourishes and strengthens the tissues. And taking regular doses of evening primrose oil and essential fatty acids boosts the sex-hormone production of the adrenal glands.

Finally, it really is a matter of the old adage: Use it or lose it. Intercourse stimulates circulation and is one of the best natural aids. In the end, for me, there was no magic potion or pill. Once I felt as though I was starting to take back control of my body in menopause, I started to feel better about sex. In the end, my brain was my most important sex organ because it ultimately controlled the way I viewed sex and my desire to have it. Until they have a pill for that, girls, we're basically on our own.

Trisha Posner is a writer who specializes in women's health. Her first book was "This is Not Your Mother's Menopause;" her next is "No Hormones, No Fear," to be published by by Villard this November.