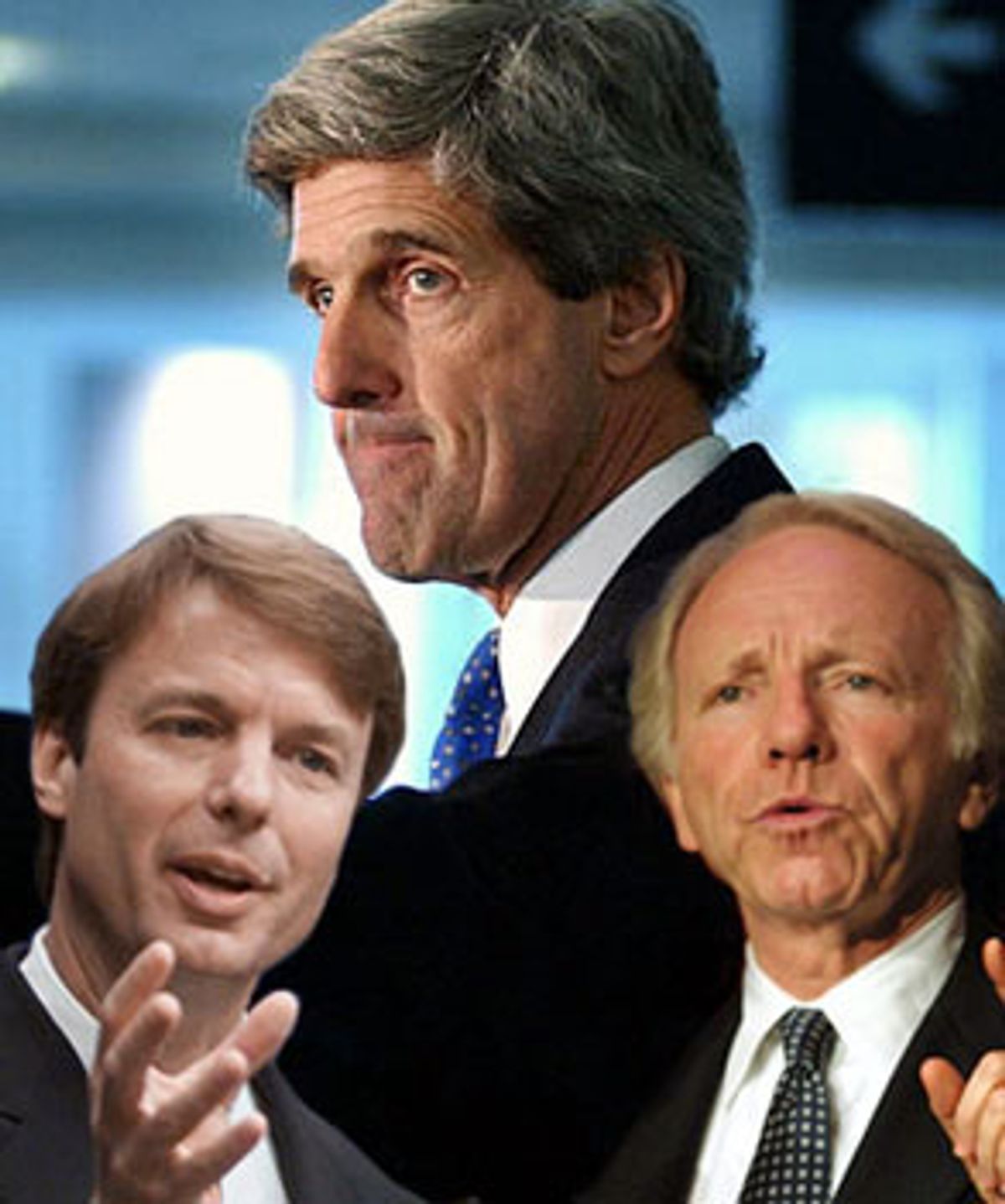 The world's oldest political party is naturally the subject of the world's most enduring political joke, which describes the Democrats as inclined to organize themselves (when they can organize at all) into a circular firing squad. After this week, the party's factions seem determined to demonstrate once more the accuracy of that ancient punch line.

At a time when Republican vulnerability is rising, amid prospects for a national realignment away from the right, Democratic squabbling about the past is an especially pointless distraction. Yet rather than focus on issues that can unite the party and strategies that will maximize their sudden advantage, Democratic activists insist on sectarian dispute rather than constructive dialogue.

The latest outbreaks of internal warfare occurred during the annual meeting of the Democratic Leadership Council in New York, which attracted almost all of the party's potential presidential nominees. The notable absentee was Al Gore, whose failed candidacy in 2000 continues to obsess his party. Gore's sulking dismissal of the DLC, a group he helped to create and promote, left a vacuum that was quickly filled with bitter argument over why he "lost" a campaign he should easily have won.

The former vice president's old running mate, Joe Lieberman, in an interview regarded by many as an act of blatant treachery, echoed the centrist DLC viewpoint about the 2000 campaign. "Too populist," they complain, in a critique that sounds odd today, when Republicans are delivering anti-corporate diatribes and applauding the perp walks of their biggest contributors. The New Democrats blame party constituency groups, such as labor, for Gore's "people vs. the powerful" convention speech, which they regard as narrow, divisive and outdated.

Those themes were emphasized in a lecture at the DLC meeting this week by Mark Penn, the former Clinton White House pollster and consultant who is among the DLC's leading thinkers. With slides and survey data, Penn set out to show that "the party took a step backward in 2000" from its progress during the Clinton years. In the Gore campaign's populist thrust, it dropped "key centrist issues" and alienated suburban male independent voters who care about balanced budgets, welfare reform and crime. Penn calls them "office park dads," and identifies them and their families as the fastest-growing segment of the electorate.

Taking issue with Penn's analysis and asserting their own viewpoint are the activists in the Campaign for America's Future, which represents the traditional Democratic constituencies as opposed to "New Democrat" elected officials and corporate contributors. Their contempt for the DLC was expressed in a Nation essay by Robert Borosage, the co-director of CAF who served as a top policy advisor to Jesse Jackson's 1988 presidential campaign. He points out that DLC leaders such as Lieberman have little standing to criticize the corporate cronyism of the Bush administration -- and that many New Democrats have been on the wrong side of issues such as Social Security privatization, which are increasingly salient in a period of economic turmoil.

While Borosage accuses the DLC and its favorite politicians of being closet Republicans who opportunistically blur partisan differences, his group's founders include several prominent activists and writers who campaigned for Ralph Nader against Gore. If blame must be assigned for Democratic defeats and missteps, neither the left nor the center can escape responsibility. (Every sterile rehash of the last election, by either side, ignores the culpability of the national media, whose leading institutions unconscionably attacked Gore and protected Bush, as Bob Somerby has demonstrated beyond dispute.)

What is most striking to me in all this wrangling is how each side exaggerates the supposed sins of the other in order to maintain mutual hostility. If Borosage listened carefully to Penn, he would hear concessions as well as criticism. The New Democrats know that Bush Republicans are on the defensive over corporate greed, and that the Democrats can be more aggressive on taxes, healthcare and other progressive issues. If Penn looked carefully at "Straight Talk 2002," the impressive campaign handbook written by Borosage and his colleagues at CAF, he would see that it endorses fiscal responsibility, discourages attacks on capitalism and seeks an alliance between workers and small investors as victims of the "Enron conservatives."

The presidential hopefuls who showed up for the DLC conference disagree about various issues, reflecting debates within the party over international trade, public investment and the structure of the welfare state. Most of the candidates, however, appear to understand a fundamental reality that has not yet dawned on the activist factions: The Democrats win when they unite around a broad, progressive, optimistic program for governing.

Both factions have made important contributions to that program in recent years; both have committed their share of errors. The party needed to rethink its approach to welfare, crime and education -- and also needed to fight harder on behalf of working families, the environment and the poor. The deregulation mania embraced by many New Democrats is a burden now; the hostility to change of many old Democrats remains futile.

The most skillful and successful politician of this generation was the president who literally forced his party's feuding factions to engage in that difficult conversation. Bill Clinton won, governed and defeated his enemies by building an ideologically and ethnically diverse coalition that "looked like America": union organizers and high-tech executives, teachers and police officers, welfare mothers and soccer moms and, yes, some office park dads, too.

Resolving the contradictions that inevitably arise among these constituencies is where the party's thinkers, across the ideological spectrum, ought to expend their energy. Varying loyalties and debates over issues are natural; and the ensuing conflicts can be creative as well as divisive. But if all the people who call themselves Democrats want to start winning decisively again, they have to realize that no faction will be victorious on its own. They might even consider discussing their differences in person, rather than shouting at each other in magazines.
[11:30 a.m. PDT, August 2, 2002]