"The Master of Disguise"

Dana Carvey makes a lackadaisical "comeback" as a man of a thousand faces, none of them funny. 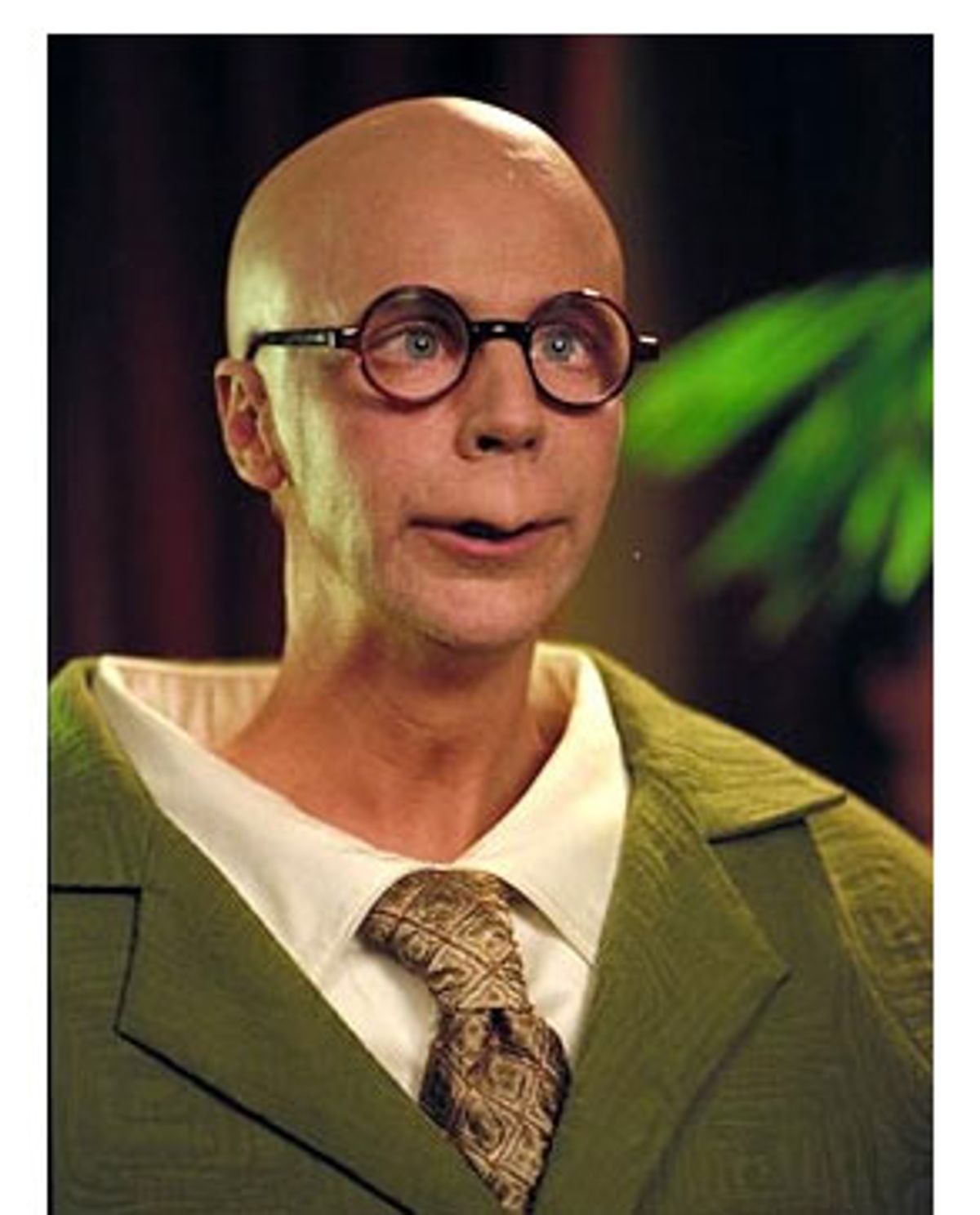 In almost all of the articles written about Dana Carvey's "comeback" in "The Master of Disguise" (Carvey took a few years off after undergoing botched bypass surgery), mention has been made of his "disastrous" 1996 ABC variety show. Used in a celebrity profile "disastrous" is code for "commercial flop." But the month or so that "The Dana Carvey Show" lasted proved that there was still something fresh and funny to be done in the abandoned television genre of variety shows.

Aping 1950s variety shows (each week the show was named after its sponsor; "The Mug Root Beer Dana Carvey Show," for example), Carvey and his second bananas produced a little concussion grenade each week. With "Saturday Night Live," despite some sporadically good work, long ago having settled into self-satisfaction, Carvey's short-lived half-hour was one of the only recent examples of unpredictability in TV comedy. There was literally no telling how far the show would go or what would come next. My favorite moments were Carvey as Prince Charles announcing that he was reclaiming the monarchical right of executing spouses (this was, naturally, before Diana's death) and an unbelievable commercial Carvey and Darrell Hammond did for that week's sponsor, Mountain Dew.

Carvey pours a can of the yellowish-green liquid, replete with big foamy head, into a glass and asks Hammond, "Darrell, what does that look like to you?" Hammond, seeking a graceful way out, answers "Well, Dana it looks like a cool, refreshing soft drink." "Yeah," Carvey continues, "but what does it look like?" Talk about biting the hand that feeds you: Here was the host of a network variety show just about saying that the sponsor's product resembled a glass of piss.

Carvey the wild card is nowhere in evidence in the shockingly bad "The Master of Disguise." He plays Pistachio Disguisey (the comic poverty of that name is a red flag), the bumbling spawn of generations of disguise geniuses who takes a crash course in the family trade to win his parents back from the evil baddie (Brent Spiner) taking his revenge on them. Bits of the picture have a nice, storybook look but there's barely a scene where the laughs don't thud. It's no shame that the script, by Carvey and Harris Goldberg, is a hook on which to get Carvey into all sorts of comic makeup. (There are a lot of terrific comedies that don't treat the plot as anything more than a contrivance.)

But Garth and the Church Lady aside, Carvey's real talent is for mimicry. The best bit here bears that out, a parody of Robert Shaw's hambone performance in "Jaws" (and in particular, the blowhard macho hooey of the horrendous "USS Indianapolis" speech written for that movie by John Milius). The quick-sketch characters Carvey plays in the other scenes just can't match up -- and they're off the screen before he's had a chance to kick around in them and come up with something original.

Worse, Carvey's whole demeanor here is cloying in the extreme. Pistachio is a pale retread of Jerry Lewis' comic spazzes and Carvey seems very aware, in every scene, of just how adorable he's being. There's nothing like the tossed-off, lived-in casualness of the personas Mike Myers dons in "Goldmember."

With a PG rating and nothing racier than a few (bad) fart jokes, "The Master of Disguise" is obviously aimed at the family market. I understand that at summer vacation time, especially where the weather is sweltering, a PG comedy can seem like a blessed respite for parents. But if you can get over the older kids' fear of seeming uncool, there's really no reason to go to "The Master of Disguise" with "Stuart Little 2" around. That picture has some of the most satisfyingly crafted comic-adventure sequences of any recent movie. It's a family movie in the best sense, sweet without being treacly, and genuinely entertaining.

For the older kids who've already heard their share of poo-poo jokes from their friends, there's "Goldmember," which revels in exactly the sort of silliness kids love. I understand how hard it is for parents to find movies to take their kids to, but the thought of them or their children getting stuck at this stinker galls me. Summer vacation feels short enough as it is.