Saddam's plea to the U.N. is completely phony. But it could be effective. 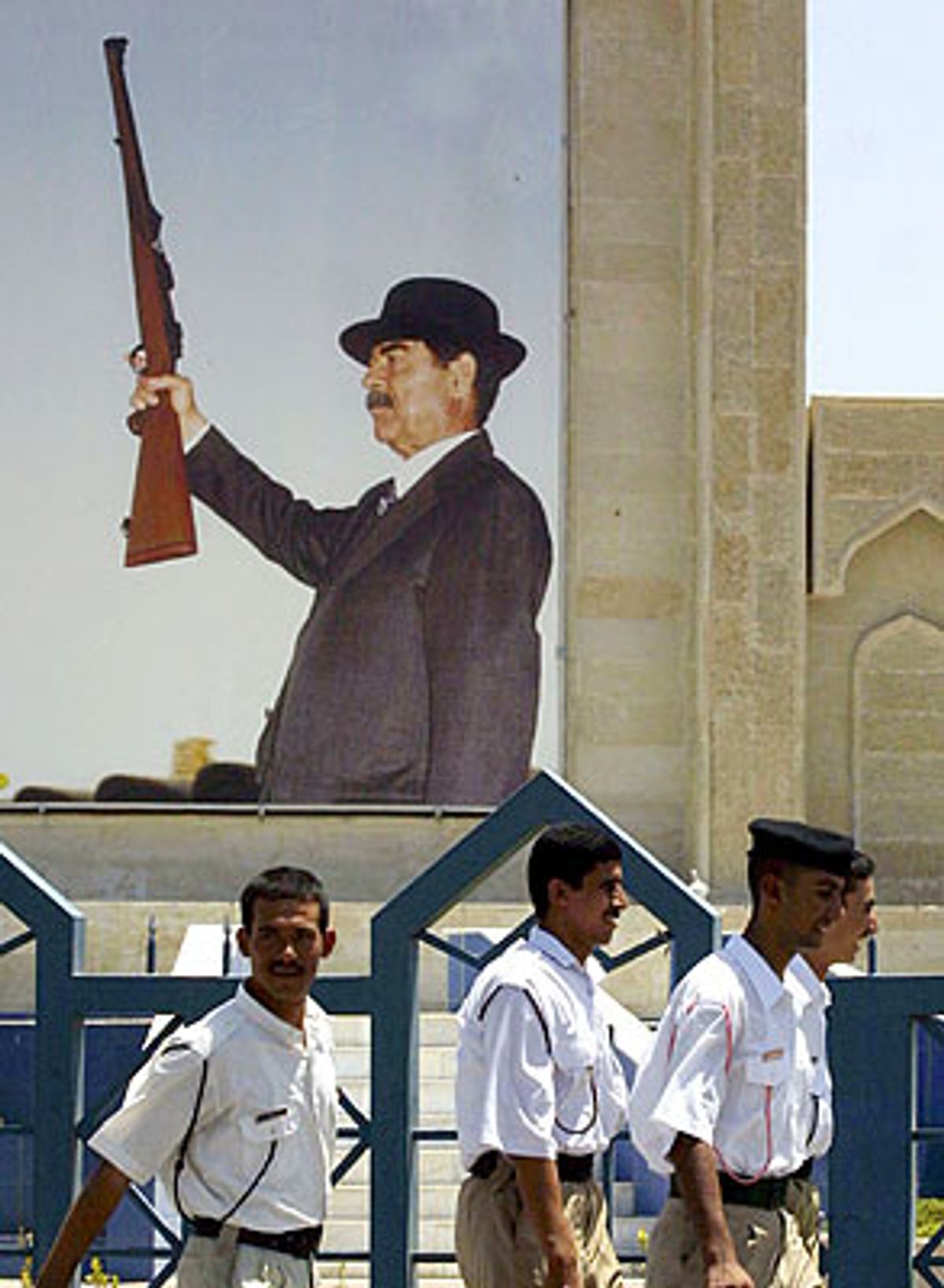 But Saddam's announcement could prove as effective as it is phony.

As predicted, some U.S. allies took the bait: "We support all efforts that could lead to a respect by Iraq of its obligations towards the U.N. Security Council," said Marie Masdupuy, deputy spokeswoman of the French foreign ministry. "We hope the dialogue between the United Nations and the Iraqi authorities will continue within the framework of the council's resolutions on both the technical and political levels so that Baghdad allows a return of the inspectors." And a spokesman for the Russian foreign ministry called the announcement an "important step in the right direction towards resolving the crisis through political and diplomatic means."

President Bush himself helped create this sticking point. Shortly after Sept. 11, Bush said Iraq must allow unconditional inspections in order to avoid the wrath of the "war on terrorism." In November 2001, Bush told reporters, "As for Mr. Saddam Hussein, he needs to let inspectors back in his country, to show us that he is not developing weapons of mass destruction," Bush said. Asked the consequences if inspectors are not admitted, Bush said, "He'll find out." Secretary of State Colin Powell also has been seen as a champion of new inspections, arguing that it would allow the administration time to convince allies about the need to take action against Iraq.

But hawks in the administration, led by the deputy defense secretary, Paul Wolfowitz, and Douglas Feith, an undersecretary of defense, have increasingly called the new inspections a waste of time. And following Bush's State of the Union speech in January, when he identified Iraq as one of the three "axis of evil" countries, that has become the more established administration line.

Since then, it has been Defense Secretary Donald Rumsfeld, and not Powell, who has taken the lead in articulating policy against Iraq. Rumsfeld first contended in November that a connection between al-Qaida and Iraq may exist, which would make Iraq an automatic enemy of the state and a justifiable target.

"We know Saddam has been involved with terrorists in the past and has weapons of mass destruction," said Richard Perle, an advisor to Rumsfeld who has long advocated deposing Saddam, in a Dec. 5 interview with USA Today. "We don't have to prove anything to anybody to defend ourselves."

Administration hawks like Perle and Wolfowitz have lobbied Bush to move against Iraq since the terrorist attacks on American soil. The New Yorker magazine reported recently, "In September, Bush rejected Paul Wolfowitz's recommendation of immediate moves against Iraq," but noted that Bush now seems to have changed his mind. That change seems to be the result of lobbying by Wolfowitz and company. The New Yorker cited a "former official, who is close to the high command at the State Department," who said: "These guys are relentless," in reference to the Iraq hawks. "Resistance is futile."

The Iraq hawks have tried repeatedly to sell the Iraq/al-Qaida connection as a way to push for quick military action in Iraq. Earlier this year, reports were leaked from the administration indicating that al-Qaida fighters had been offered refuge by Saddam in Iraq's Kurdish areas to the north.

And on Friday, the Los Angeles Times reported [registration required], relying completely on background sourcing, that the White House is convinced that Sept. 11 hijacker Mohamed Atta secretly met an Iraqi intelligence official in Prague five months before the attacks on the World Trade Center and the Pentagon. The FBI and CIA have expressed serious doubts that such a meeting ever occurred. The Times story quotes an unnamed "senior administration official" as saying the White House will "talk more about this case" as the administration makes its case for removing Saddam from power.

Meanwhile, Rumsfeld has also dismissed the need for weapons inspections, saying that when the inspections were going on they were largely meaningless. "It would take such a thoroughly intrusive inspection regime, agreed to and then lived up to by Iraq, that it's difficult to comprehend -- even begin to think -- that they might accept such a regime," Rumsfeld said Monday. "It would have to be without notice, it would have to be anywhere, anytime."

Rumsfeld also said this week that Iraq has developed mobile weapons laboratories, and others buried deep underground, that would be easy to conceal from U.S. inspectors.

"The Iraqis have a great deal of what they do deeply buried," he said. "It's safe to say that Saddam Hussein and his regime have developed the ability to make any number of things mobile. They have mobile missiles. They have mobile radars. They move around a lot of things to avoid detection, or if not detection, at least to avoid having them attacked."

But it remains unclear what, exactly, the Bush policy on weapons inspections is now. (The White House refused to return calls from Salon seeking comment.) This poses a unique obstacle to any strike against Iraq, a dilemma predicted long before Thursday. In a January article in the Washington Post, Charles Duelfer, deputy chairman of the United Nations Special Committee on Iraq (UNSCOM) from 1993 to 2000, said the president's call for weapons inspections was playing into Saddam's hands. "The risk is that if he begins to feel a noose tightening around his regime and his neck, he may well accept a dialogue with the United Nations over accepting inspectors," he wrote. "Certainly some members of the Security Council (such as Russia, France or China) would push him hard to engage in a process that would, so long as it continued, inhibit unilateral action by the United States. The clear objective of many in the Security Council is to contain the United States."