The third release in this series of New York underground hip-hop samplers features new material by Mos Def, Missy Elliott, the Roots and others. Listen in. 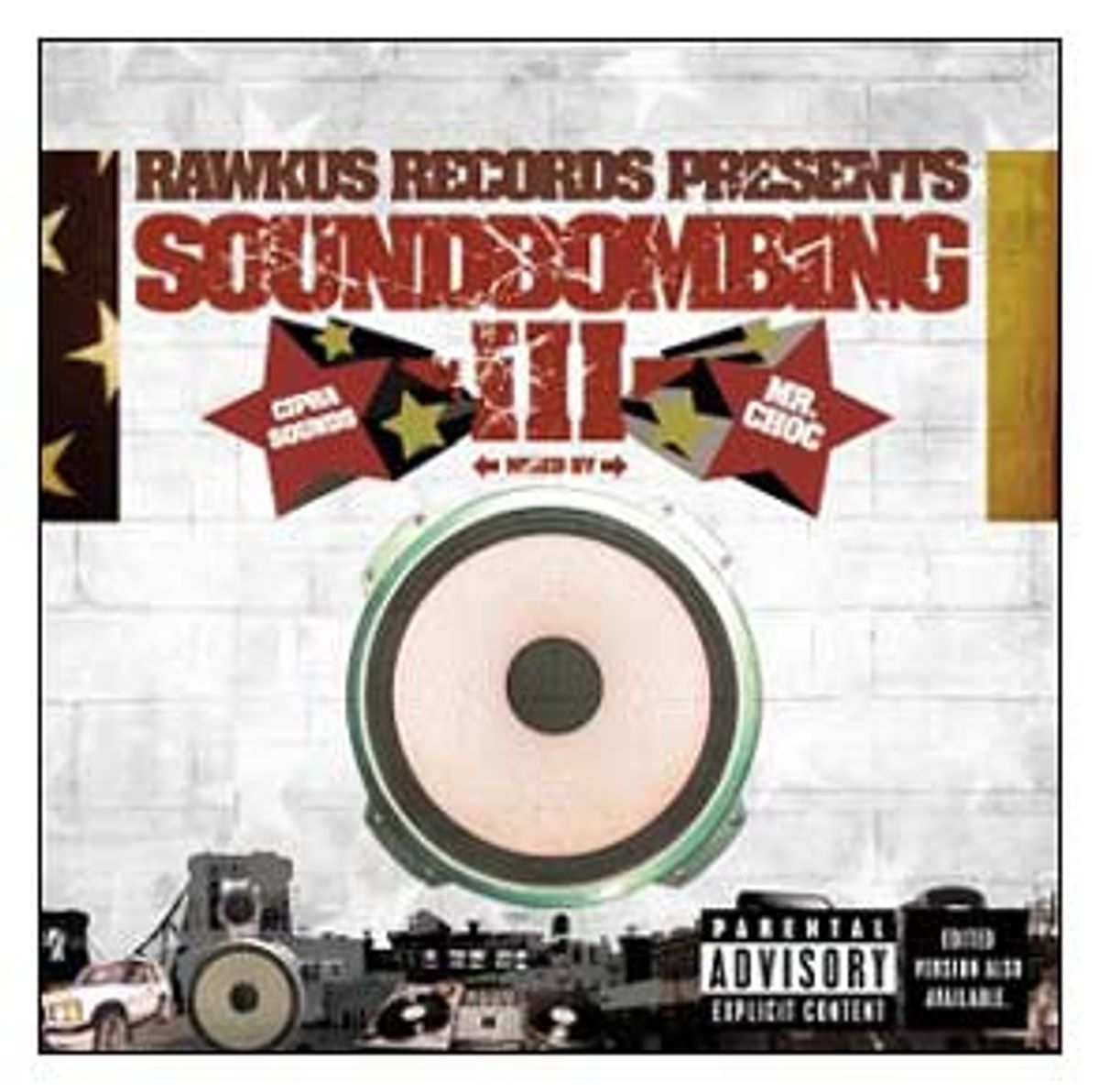 What do Eminem and Mos Def have in common, besides highly anticipated acting debuts? Both the Detroit-based shock-rapper (appearing in Curtis Hanson's upcoming film "8 Mile") and the progressive Brooklyn-born M.C. (onstage in Broadway's "Topdog/Underdog") were introduced to wider audiences early in their careers through appearances on Rawkus Records' "Soundbombing" series.

The third release in the New York indie's series of literate underground hip-hop samplers follows where its successful predecessors left off. The surprisingly cohesive "Soundbombing III" brings established M.C.s together with lesser-known artists in inventive hip-hop collaborations. And don't be surprised if some of the talented rappers introduced on this record end up making it big, too.

Skillz makes the most of a funky Hi-Tek beat and a Missy Elliott cameo in "Crew Deep." Kool G Rap remixes his own melodic "My Life" with the help of hardcore M.C.s Capone-N-Noreaga. The rest of the record is a who's who of great hip-hop, with appearances by Method Man, Q-Tip, the Beatnuts, the Roots and Talib Kweli.

Three tracks stand out, however. The guitar crunch of Mos Def's "Freak Daddy" raises expectations for the long-awaited debut album from his hard-rock band, Black Jack Johnson. In "Yelling Away," Common and Kweli rap over the sweet Senegal-via-Belgium vocals of Zap Mama. And on the record's opener, "The Life," a jaunty declaration of independence with darker undertones, underground rapper Styles P. joins with Pharoahe Monch in an ode to their favorite occupation: "My life is all I have, my rhymes, my pen, my pad." It's a fitting lead-in to a record from a label whose artists have always focused as much on the message of their lyrics as the power of their beats.