President Bush compares it to terrorism. But the number of children abducted by strangers is down, not up. So why is the media scaring the wits out of parents? 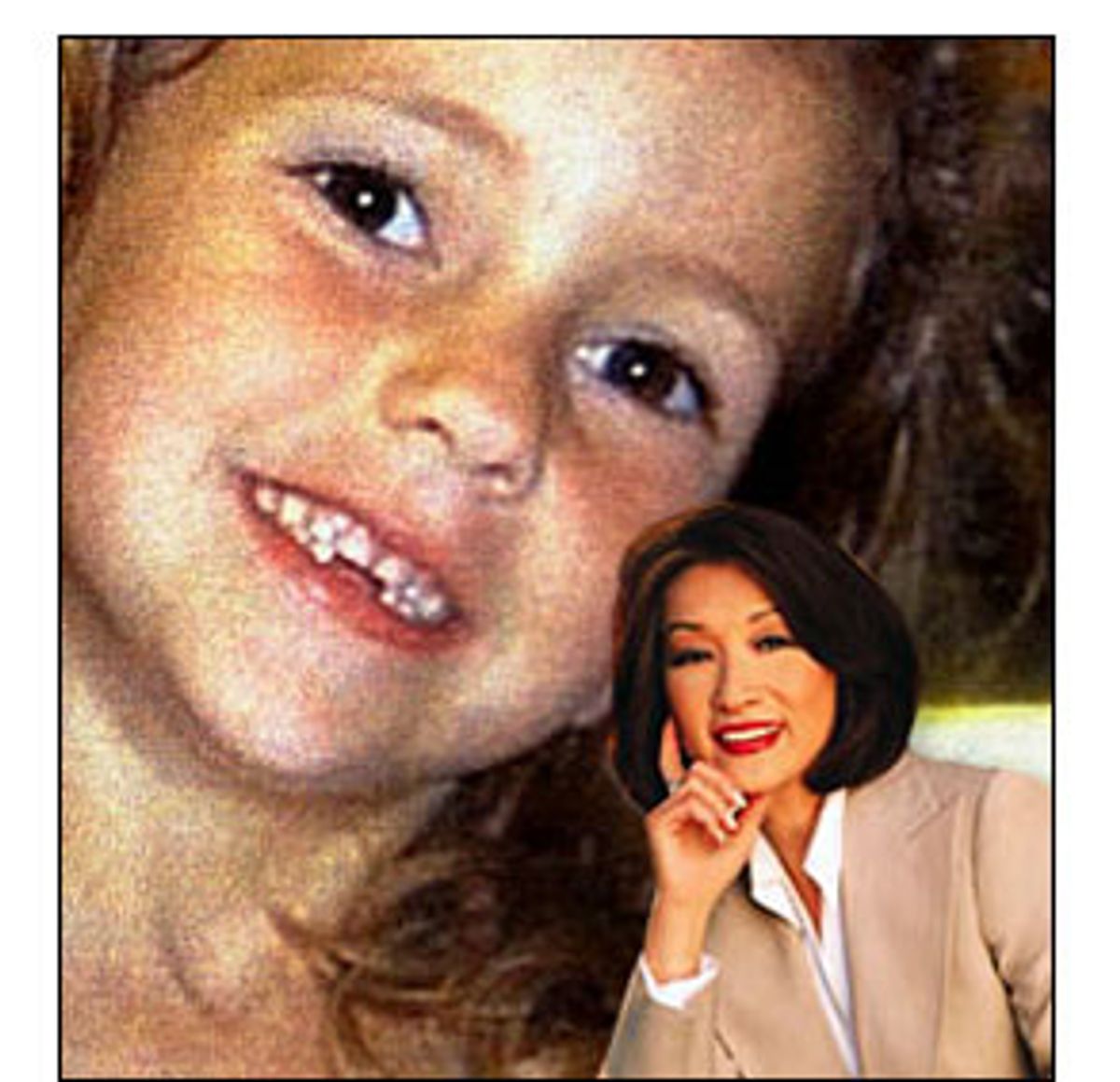 All summer long, the news has been dominated by tales of vicious strangers grabbing young girls -- Elizabeth Smart, Erica Pratt, Samantha Runnion, Tamara Brooks and Jacqueline Marris. Connie Chung's new CNN show has practically become all kidnapping, all the time, turning the Smart family into national celebrities. "It's been one after another, little kids taken out of their bedrooms or otherwise taken in unbelievable ways," says Marc Klaas, whose 12-year-old daughter, Polly Klaas, was abducted from her home in Petaluma, Calif., and murdered in 1993. "It's captured the public's attention." Visits to Klass's Web site have gone from half a million a month to 2.5 million a month over the last year.

On Monday President Bush likened the problem to terrorism. "America's children and parents are also facing a wave of horrible violence from twisted criminals in our own communities," Bush said in a Rose Garden ceremony, held to announce that next month the White House is convening a conference on missing, exploited and runaway children.

All this might suggest that child kidnapping is on the rise. But it's not. Random child kidnappings are actually declining. The real epidemic is one of saturation TV coverage.

According to the FBI, the number of children stolen in nonransom, noncustodial cases has been shrinking for years. In fiscal year 1999 there were 134, while last year there were 93. In the first three quarters of this fiscal year, there have been 62, which basically works out to one less kidnapping a month.

Obviously, that's 62 too many. As Lou Palumbo, New York policeman turned private eye, observes, "It's very difficult to explain to a parent that's just had their child abducted, raped and murdered, 'The good news is that there are less cases like this this year than last year.'"

Palumbo is right. To a bereaved parent, statistics offer no solace. To the rest of us, though, they should. So if kids are actually safer from abductions now than they were a few years ago, why is the media behaving as if the country is suddenly crawling with predators? Why did our president announce a conference on the crisis as he departed for a controversial monthlong vacation?

Partly, it's because the high-profile recent cases had ratings-boosting elements. Seven-year-old Danielle van Dam, who was kidnapped and killed in February, had parents who were swingers. Fourteen-year-old Smart was lovely, blond and rich. Resourceful Erica Pratt, also 7, made an inspiring, daring escape. The harrowing drama of teenagers Brooks and Marris unfolded in hours.

Furthermore, says Harold Copus, a former FBI agent who founded the National Investigative and Recovery Center for Missing Children, a new nonprofit that helps poor families pay for investigators to recover parentally abducted or runaway kids, police have recently learned the importance of using the media. "In the first 36 hours of a matter such as this, it's critical that you get as much attention as you can to the child," he says. "You have to do everything you can so that the person who abducted the child realizes they have no place to go and needs to let this child return to her home."

In the past, Copus says, police didn't do a "very good job of handling press relations," but the recent nonstop kidnapping coverage suggests they're improving. The Amber Alert system, named after 9-year-old Amber Hagerman, who was kidnapped and murdered in 1996, displays information about child kidnappings on emergency broadcasts and electronic freeway signs. It's premised on the idea that getting the word out on abductions immediately can help save lives.

Yet there's probably more to the current national panic than just media-savvy cops and ratings-crazed cable news producers. After all, child snatching is always a compelling story, but it doesn't always top the news, even when reporters know about it. "In past years, we wouldn't have gotten national coverage for the two teen girls last week," says Tina Schwartz, public affairs director at the National Center for Missing and Exploited Children. Schwartz says high-profile cases feed on each other. "There's a lot of fear among parents, and the media is responding to that."

According to Paula Fass, a history professor at the University of California at Berkeley and author of the 1997 book "Kidnapped: Child Abduction in America," that fear has been percolating since the 1980s, when women started heading to work in large numbers. It manifested itself in the nationwide scare about satanic abuse in day-care centers as well as in media fascination with kidnapping. It's never gone away, she says, and an event like Sept. 11 can surely awaken it.

Once that fear is roused, it becomes self-perpetuating. "The televised media and the radio are just terrible," Fass says. "They have no historical memory and they make no attempt to inform themselves. Their only concern is exploiting emotion, and one emotion we can depend on is the fist in the gut of a parent [worried about her children]. I began my studies because of my terror in the '80s of my children being abducted. That immediate emotion is what the Connie Chungs of this world are after."

Furthermore, she says, though kidnapping isn't on the rise, there's a reason why we've seen a string of similar cases so close together. More than any other crime, she says, "kidnapping tends to encourage copycatting," especially in methods. That means that "the first time there's a crime where someone enters a house rather than snatching a child off the street, the publicity of the kidnapping will lead to clustering" of the same kind of crimes.

Judith Levine, author of the recent book "Harmful to Minors," about the hysteria revolving around kids and sex, adds that terror about child abductions tends to surface during times of political and economic turmoil, when there's a backlash against social liberation.

"There are two other main periods in American history where we've had similar panics about child abduction and child rape," she says. One was during the Depression in the early 1930s, and the other was during McCarthyism in the 1950s. Both came after moments when "women and youth enjoyed a lot of freedom" -- the roaring '20s and World War II, when many women went to work -- which were followed by anxiety about an out-of-control culture.

There's an analogous sense right now, Fass says, that we've become a "much more liberal, promiscuous society. There's been a major transformation of sexual mores, and people are terrified about their children's well-being."

Levine believes that long-simmering tension was exacerbated by Sept. 11. "We're in a period of heightened paranoia around both children and the idea that there are evil, unseen malefactors among us: terrorists, pedophiles, people who look and act just like you and me but are actually out to do evil," Levine says. "In general, people are feeling very nervous about a lot of things and we focus our anxieties onto the safety of children."

Even Marc Klaas, who believes the current intense coverage is long overdue, doesn't entirely disagree with Levine. "I know people have likened [the current coverage] to shark-bite frenzies, and I suspect there's something to that," he says.

"[Child kidnapping] has deserved attention and never received it," he says, somewhat hyperbolically. "Now it might be receiving an inordinate amount, but children are victimized in this country in the millions, and as soon as people understand that, maybe we'll be in a position to do something about it."

Then again, he says, "It could subside as soon as there's another terrorist attack or a high-profile celebrity divorce."