You know Catherine Keener is trouble. But you can't stop yourself. 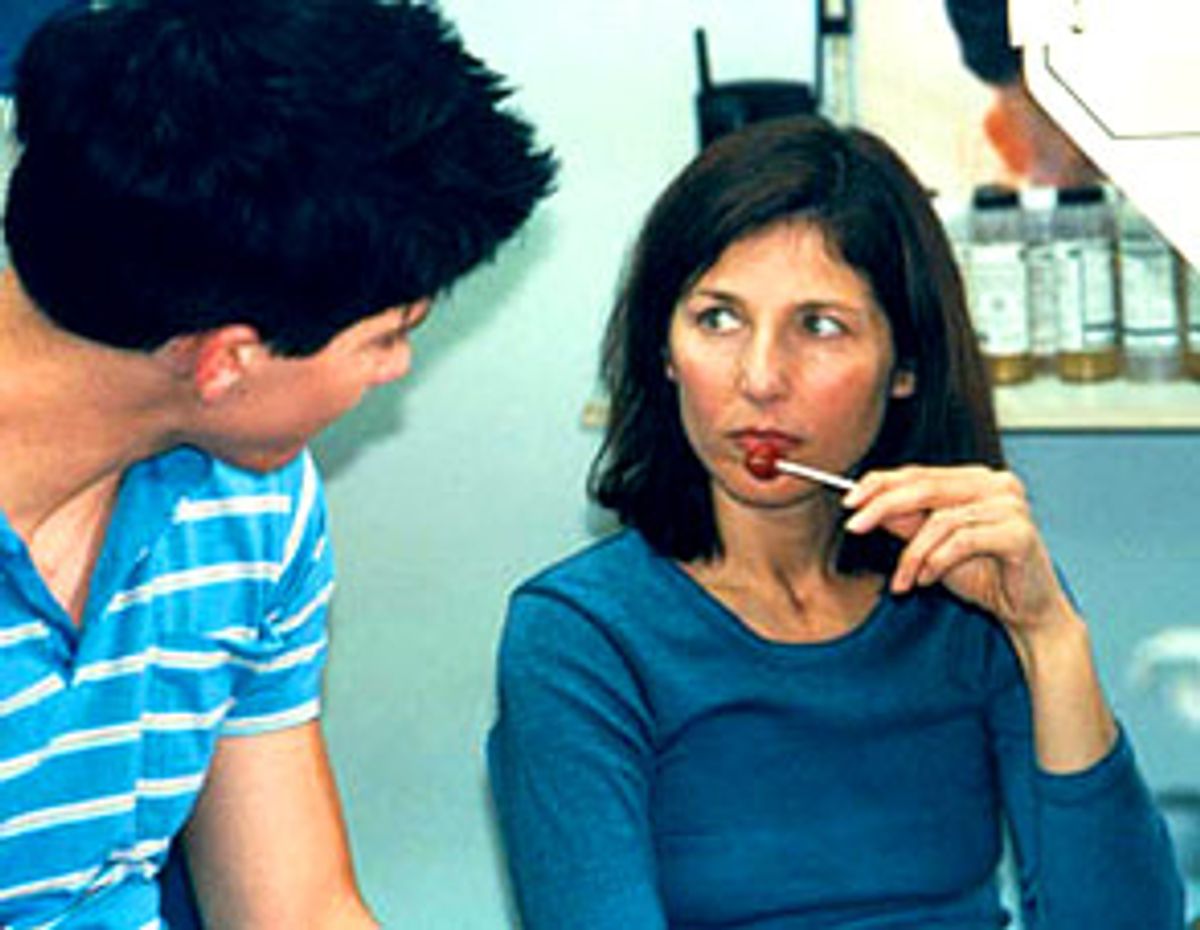 In apparently serious and heartfelt independent movies, where the people are resolutely "ordinary" and where the beauty-resistant rawness of the photography seems determined to avoid "glamour," people still do the kind of far-fetched things they do in those much more expensive and idiotic fabrications -- big pictures. Thus "Lovely & Amazing" (that ampersand is the brave flag of irony and detachment) steadily runs the risk of being cute and unbelievable. Not that I'm saying don't see it. There are two Catherine Keener pictures around at the moment, this and "Full Frontal," and the latter is the one to ignore.

In "Lovely & Amazing" there are four women: a mother (Brenda Blethyn) who is having liposuction; her two daughters, Keener and Emily Mortimer; and her black adopted daughter, a child still. Keener is unhappily married with a child and no job. Mortimer has a boyfriend and a very uncertain career as an actress. The very nice suggestion in "Lovely & Amazing" is the several vague yet primal ways in which the older daughters feel like sisters -- not least the sense of some shared impediment in their souls so that they do not quite feel beautiful or sexy. And this is simply adjacent to the way their mother (in her 50s) needs liposuction and a doctor to flirt with.

Catherine Keener is the kind of actress made for such independent films. She is no more attractive than anyone with natural intelligence and bad temper can manage. By which I mean to say that she is apparently uningratiating. She has a small pimply lump on her chin in much of the film. It is the kind of natural "flaw" you don't see on a Julia Roberts. Yet you feel that Keener would trade in her Equity card sooner than have it removed or concealed by makeup. She is in her element as someone being driven in on herself by circumstances and events, losing it, as opposed to turning a sweet, available face to the world. There is a forlorn party scene where she tries that, and where her forced smile begins to look insane.

Being able to do or convey such things is not common and sometimes one has to remind oneself that Keener has elected to act -- she isn't just this difficult, self-destructive (attractive? -- go to hell) woman that many men regard as trouble. She wants to act, to tell stories, to be looked at. I have to assume she wants work, to be liked, and so on. But her wonderfully lofty attitude says "fuck off" all the time.

Whereas, her sister, Emily Mortimer, is so eager to be appealing that she picks up stray dogs. She goes to an audition and tries to be "sexy." Nothing whatsoever about Mortimer's pretty pathos suggests that capacity. She may turn the actor (Dermot Mulroney) on while on the sofa, but she doesn't get the part. We know why, but the question torments her -- because she keeps saying she has no choice about being an actress. So, later, when she reencounters Mulroney she lets him take her out and fuck her and then, this truly recessive and private young woman gets out of bed, stands full-figure, completely naked, in one of the few warm lighting setups the film has to offer, and asks the guy to comment on her body as if he were a judge at a show.

Well, if you've heard about that scene already it's because it is "the scene." Not only did I not believe in that woman putting herself on display, I could not help but feeling that this ostensibly genuine, independent film had sold itself out to a big "talking point" nude scene. The story line breaks down. It set me thinking that maybe some kind of reverse scene was required: one in which Mulroney tells Mortimer (against her will) what he thinks about her body and then tells her she just doesn't have it in her to be an actress. Whereupon she comes to life as a person and amazes him with her sexual intimacy.

For there is a difference between women who can be sexy and beautiful in the dark and in trust and those who can do it for the camera. And that's what's special about Keener: The more fiercely she tells us she doesn't give a fuck, the more fuckable she becomes. Her character gets involved with a 17-year-old kid in a one-hour photo store. It's unlikely, to say the least; when it rises to her arrest on charges of statutory rape we are in cloud-cuckoo-land. Except that Keener has made it all work in one close-up on her hangdog face as she keeps saying no to the kid but slips into yes. She has the ability to expose her mind, and its insecurity, and that always goes beyond taking off your clothes and having to be judged as a 10, a 9 or a 6.5.