After being annoyed with what he calls phony hysteria over last summer's shark attacks, Peter Benchley, the author of "Jaws," sets the facts straight in his new book "Shark Trouble." 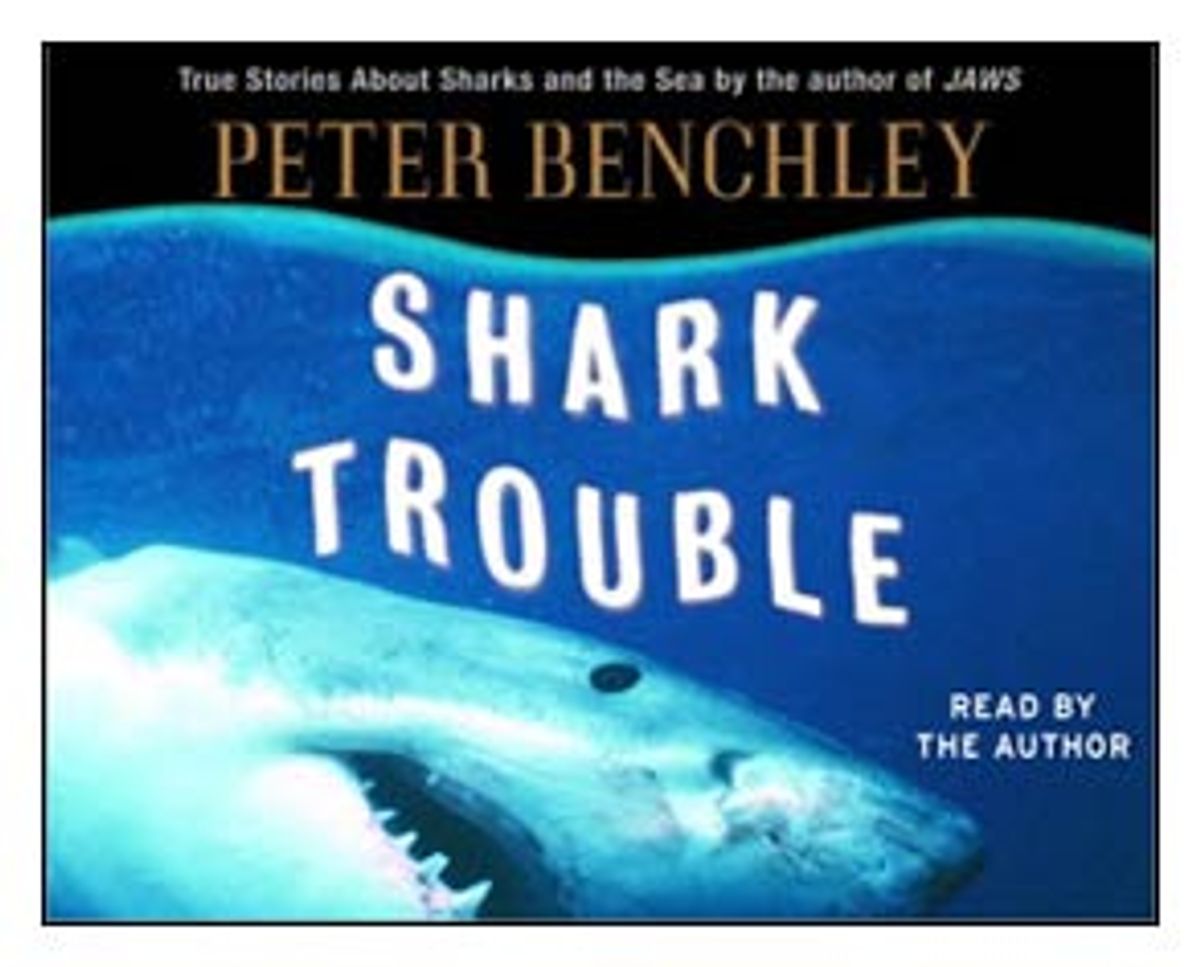 About 30 years ago Peter Benchley worked as a reporter for the Washington Post and, later, as an editor at Newsweek and a speechwriter in the White House. Then, in 1974, his novel "Jaws" was published and kicked off an unexpected career. "'Jaws' had three strikes going against it from the beginning," says Benchley, "so I didn't think it could possibly be successful: One, it was a first novel and nobody reads first novels. Two, it was a first novel about a fish, and who cared. And three, I knew that nobody could make a movie out of it because nobody could catch and train a great white shark and I was sure Hollywood technology wasn't good enough to build one."

"Jaws" became a No. 1 bestseller and was turned into a motion picture only a year later. Benchley has since published numerous books, among them "The Deep," "The Island" and "The Girl of the Sea of Cortez." He has written screenplays for three of his novels, and his articles and essays have appeared in such publications as National Geographic and the New York Times. He has also written, narrated and appeared in dozens of television documentaries on marine life.

Benchley's new book, "Shark Trouble," was written in response to the media coverage of shark attacks that occurred in the summer of 2001. Contrary to news reports, Benchley says, there was no increase in the number of attacks, or fatalities, "yet the media was climbing all over this non-event and declaring it to be a crisis." In "Shark Trouble" Benchley describes how to swim safely in the ocean and how to reduce the odds of an attack, and he urges us to remember that when going into the ocean we enter the planet's largest wilderness area full of wild animals.

Listen to an excerpt from "Shark Trouble," read by the author, courtesy of Random House Audio.