Gore, Fox and the Boss

Did Al and Tipper twist arms for Springsteen tix? Or is the conservative network dishing up a little disinformation? 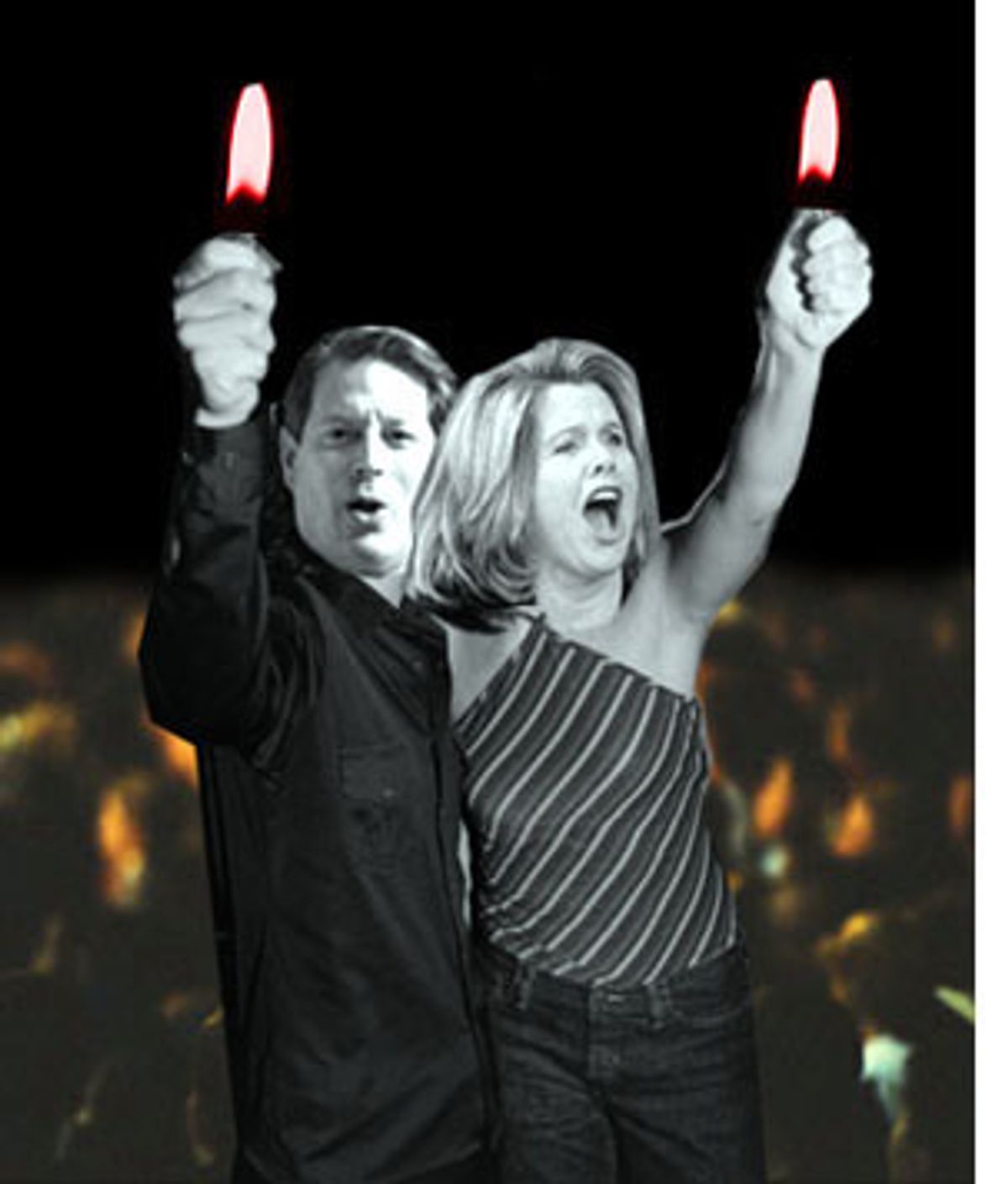 On Thursday, Fox News ran a dishy little item with the headline "Al and Tipper Wouldn't Pony Up for the Boss." The piece quoted anonymous sources who allegedly are close to the Gores and rocker-poet-icon Bruce Springsteen who claimed Al and Tipper tried to hit up the Boss for free tickets to the Aug. 10 show at the MCI Center in Washington.

"They wound up being offered four," a source tells Fox. "But when they were asked to pay $75 apiece, they said, 'Forget it.' And you know, that's why Gore isn't president, in a nutshell."

Matt Drudge quickly linked to the story on his Web site, complete with a photo of Springsteen. By midday, Gore's spokesman had spammed political reporters to insist Fox got the story wrong.

"Tipper Gore did not ask for free tickets, ever," says Gore spokesman Jano Cabrera. "In fact, she has tickets, four of them, that she paid for -- $75 each." Cabrera says he did not know where Tipper bought the tickets, but pointed out that Al never had any plans to attend the Springsteen show; Tipper will take "three of her friends" to the concert, including one member of Al Gore's staff.

Springsteen's publicist and record label did not return calls Thursday, but Fox kept serving up its story. Network officials refused calls from Cabrera to remove the story on their Web site, saying they stood by their source. The network didn't back down even when Tipper called personally to lodge a complaint, but did eventually modify the story to include Cabrera's denials, and Tipper's phone call.

The story brought back memories of the little missteps that helped sink Gore's 2000 campaign, memories that his political team would like to forget. But more than two years before the 2004 presidential elections, the Gore team once again found itself in damage control mode. Cabrera says the story was reminiscent of a piece that Reuters ran shortly after the 2000 election announcing that the Gores had opened a restaurant in Tennessee. That story turned out to be wrong. Gore now uses it in his stump speech to get laughs, and as a way of ribbing the press, which is still quietly resented by many Gore insiders who believe it helped cost their man the White House in 2000.

Thursday's story certainly did not look good for Gore, who is trying to reposition himself as a Southern populist for his 2004 presidential run. And so the image of the people's champion trying to pull levers for free tickets to the hottest concert in town -- well, his P.R. couldn't let that one stick.

Says Cabrera: "It's like dij` vu of the worst kind."