An Episcopal priest goes from Windows to Mac but then has second thoughts. Is her computing soul at risk? 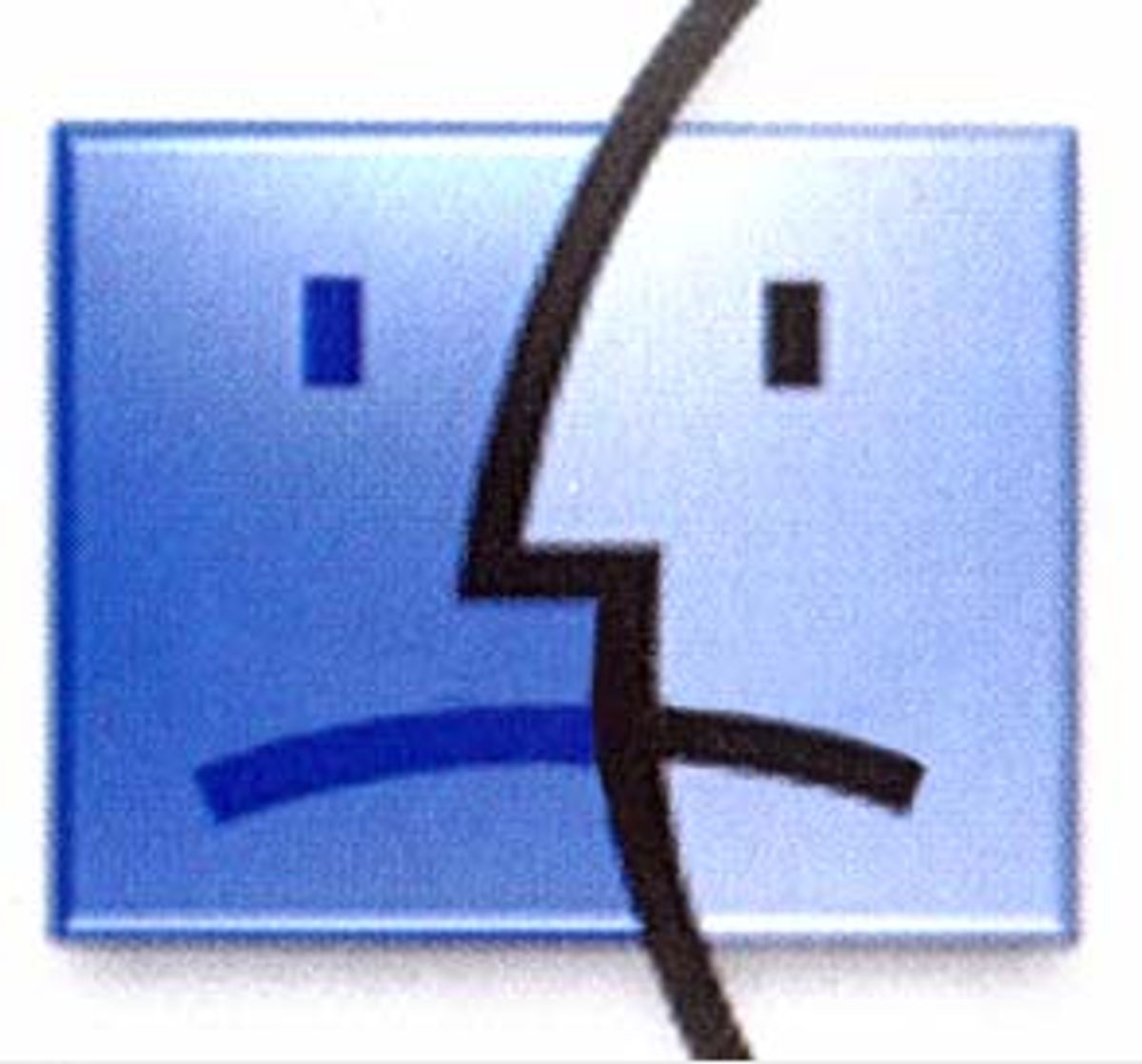 To: switchers@apple.com
Subject: Confessions of a Switcher

My name is Astrid, I'm an Episcopal priest, and I've been a Switcher for about two months now. I guess I would call myself a victim of the Switch campaign, and I'm still trying to figure out what led me to convert. Was it my weaker nature, "seduced by good-looking things," like Tess the clothing designer? Was it my secret Episcopalian desire to have a conversion experience of the sort Sarah the writer had? ("I saw the light," she said, "and I would never go back to the old ways!") Or was it my countercultural urge, the desire to escape from the legions of rank-and-file PC users to the world of "artists and pointy-headed intellectuals from California" (to quote Dave, former PC user)?

On the other hand, perhaps I was led astray by the sexy salesman in the Apple store, who impressed me with his earnest concern for my dilemma -- Mac or PC? Was it the way he sensitively reminded me (multiple times) that he didn't work on commission but would still be willing to take all the time we needed to figure out which best complemented my style, my personality? Maybe it was his pitch about the intuitiveness and femininity of the Mac -- its smooth operating system, its sleek curves, its bouncy icons that enlarge when you touch them, the way the documents slide onto the screen, the glossy surface and undulating pastel screen savers... O Lord, have mercy! I was surely a believer by the time he explained to me how effortlessly it would slip right into my bag at a mere 5.9 pounds -- light in weight and stature, but strong and commanding all the same.

Sure enough, I was taken in by it all -- at first. The moment I fired up my lovely new iBook and saw the familiar, smiling little rectangular Mac icon, a wave of nostalgia washed over me; I felt that I had somehow come home. Ah, reminiscences of the innocent days of my youth: sneaking in from recess to play detective games on the Mac, playing speed math against Bobby Brackney and the Mac, blitzing through my spelling workbook unit so I could practice spelling the words on the Mac. And then -- alas -- we all came back to school one fall to find that the Apples had vanished: no more Apple keys, no more smiley little Mac icons; just cryptic DOS screens, funny two-button mice, and a gray IBM clone on the teacher's desk where the Mac that had first begun to fill the void in our technologically benighted but eager little souls once stood.

But then the nightmares came, shattering my nostalgic reverie. Within days, I began to have dreams about hiding my Mac at the office where no one could see that I had been snookered by the Switch campaign. Nightmares of being berated by my parish administrator: "You bought a what?!" "Your PC's on eBay?!" Of being banished to the lonely "Mac user" printer port at Kinko's -- a trip I had to make when my last-minute attempt to print out a sermon failed one Sunday morning: "Printer does not recognize system." (Imagine how much my aged congregation appreciated my glowing iBook perched on our 1804 pulpit next to the 1747 harpsichord.) Of losing all ability to communicate with my Euro-traveling boyfriend and PC user ("Look: It's me or that Mac!"). Of being exiled into the lonely desert of incompatible files, botched PowerPoint presentations, and gobbledy-gook attachments... O, Bill Gates, I bet you and all your millions of followers are at least still sleeping well in your "Windows World!"

And, by the way, Sarah, what's with this "intuitive" malarkey? What's so intuitive about error screens that refer to some obscure code that the Mac techie on the help line can't even decipher? ("Are you sure it says 'error -7531'?" "Yes, I'm sure." "Macs don't do that." "Mine's doing it." "Well, just be glad you're not getting the blue screen of death." Thanks a lot.) Very well, I'll admit that it is slightly better than finding you've unwittingly performed an illegal operation that forces the system to shut down. (By the way, why "illegal"? Why are PCs constantly breaking the law? And who are they afraid of that they have to shut everything down in the middle of my document?)

Moreover, what's so intuitive about these impossible newfangled CD-RWs? I know they're installed on pretty much all new computers, whether they be PCs or Macs, but I'm nostalgic for my dear (not so floppy) floppies, poor things, now rotting in my car or sinking deeper between the cushions of my couch. How I miss that reassuring guttural sound my little floppies used to make when I tossed them into the drive. How I miss their durability -- the gray protective plastic withstanding even the grit at the bottom of my backpack. How I miss the speed of the floppy on my old PC; the entire office is out to lunch and back by the time I've helped my Mac get over being violated by the insertion of an external floppy drive into its USB port. (Why the heck does it take so long to recognize my external floppy drive?!!) And erasing and reburning CDs? Good heavens --another time-consuming ordeal. Suddenly, Disk Utility has become the most important feature on my desktop -- I mean, dock. I'm so sick of clicking on that clever little icon with the stethoscope pressed up against a disk. I need a Disillusioned Mac-User Utility icon (perhaps a little woman with a noose around her neck?), instead.

Or maybe what I need is a Switchers Support Group. To unite in person with all those glamorous artsy types (OK, Dave the potbellied programmer excepting): Tess the clothing designer, Liza the DJ, Ellen the student, Sarah the writer ... where are you? Maybe we could swap stories over soymilk macchiatos. Maybe you could help my forefinger get through its withdrawal from the left-click option on Windows mice. Maybe you could tell me why AppleWorks has omitted my beloved Tempus Sans font and always forces me to use this darn Helvetica. Maybe you could help me sort through all these impossible formatting options when I save my document (two versions of AppleWorks, two ClarisWorks, two Word Macs, and two Word Windows? Come on!). Maybe you could help me manage that cryptic little Apple key with the funny symbol on it -- the key that can't seem to make up its mind about what it wants to do except cause me grief. What does that key do, exactly? What happened to "page up" and "page down"? Or to my beloved Control key, aptly named? Can you help me? Can anyone help me? Tess? Dave? Sarah? Steve Jobs? ... God?

My name is Astrid, I'm an Episcopal priest, and I've been a Switcher for about two months now. And yes, I confess ... I wanna go back!

The Reverend Astrid Storm is an Episcopal priest in Columbus, Ohio.