Even as he sank into a fatal sexual morass, Bob Crane remained a blandly wholesome nice guy. 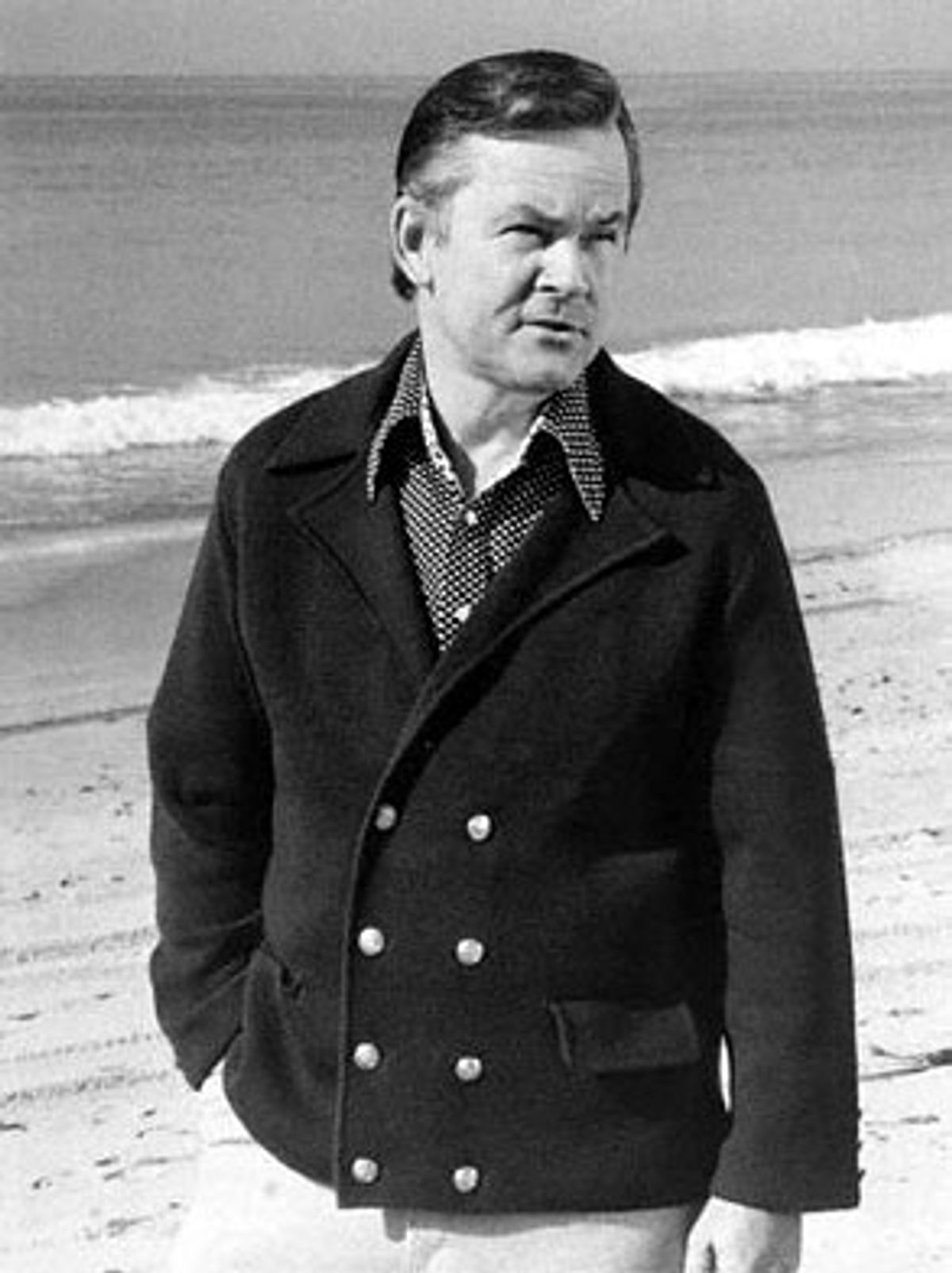 I'm writing about "Auto-Focus" for several reasons -- it will be playing at an important film festival over the Labor Day weekend; I think it's a picture that deserves and will receive a lot of talk; and because I can't get it out of my head. Not that it's an obvious turn-on or inducement. Indeed, I heard that someone else who saw it early came away with the shuddering remark, "It's a film that leaves you never wanting to have sex again!" Well, I don't quite share that view, though I can understand it. After so many decades of pictures that serve as titillation or foreplay, perhaps we've lost touch with the whole question of fear and loathing?

There is an odd way in which "Auto-Focus" is akin to aversion therapy. Though something larger than just sex, I think, is being undermined. It's likability.

This is the story of Bob Crane, a rather mild, smooth, empty actor and a very likable guy -- or so he wanted us to believe. I'll go further: I think he was desperate to believe it himself. The story is set in the '60s, at which time Crane has just come off a modest success in the "Donna Reed Show," playing -- what else? A very likable guy. Bob is happily married in "Auto-Focus" in the way people in "The Donna Reed Show" or its intervening commercials were happily together. By which I mean to say that no stone is ever allowed to disturb the bland surface of their life.

Well, Bob has a big break coming up: He is offered the lead role in "Hogan's Heroes," a situation comedy set in Stalag 13, a German prisoner-of-war camp. There are some worries at the network that the show could be in bad taste, but we know long in advance that "Hogan's Heroes" is going to be a solid five-year hit and the making of Bob Crane.

As he rises in the ratings, he meets John Carpenter, a rather goofy studio hanger-on who is always offering the latest in camera and then video equipment. He hits on Bob in a hero-worshipping kind of way, and their friendship slips very gradually into the easygoing pornographic sessions John likes to shoot. Indeed, Bob is John's star: a stud and a celebrity who will attract Playboyish babes, and the color in John's drab life. It's a touching friendship in which the closest Bob's bland surface comes to realizing John's true feelings is when he sees John's reaching hand in one of their films getting very close to Bob's private parts.

Bob's marriage and family life are wiped out by his mounting obsession. A second, sexpot wife can't ring the bell. It isn't that Bob is exactly sex-crazed as that he doesn't have the time, the energy or the likability left for the real thing. After "Hogan's Heroes," there's less of Bob Crane -- he's seen as a dissolute "celeb" guesting on daytime cookery shows and doing dinner theater. He's going nowhere, and shows no sign of deserving better -- for his own notion of a likable guy is exactly the kind of empty, easy good looks that no one really wants to see twice (unless they get elected president -- and even then?).

Technically, I believe the murder of Bob Crane in 1978 (he was just 50) is unsolved. All we see in the movie is bludgeon, Bob's head and a spray of blood on the wall, before the tabloid shot of the ex-star dead in his bed. In the movie's structure, there's no doubt that the killer was John Carpenter, miffed that Bob was going to try to give up pornography for good -- whatever that is.

The ending is by far the weakest part of Paul Schrader's brilliant picture because no john in his right mind would believe that Bob was capable of, or wanted to try, getting out of the sweet hole he had dug for himself. The most stunning thing about "Auto-Focus" -- and here I must praise Greg Kinnear as Crane (and Willem Dafoe as John) as much as Schrader -- is the portrait of a kind of soulless amiability that is too feeble for anything else in life, yet also too conservative, too prim, too pious to ever think of recognizing itself as perverted, depraved or a sex fiend! Bob Crane is thoroughly all-American, and the thing that I find so arresting in this film is the oblique but merciless portrait it provides of just how derelict a regular American guy can be.

There will be some who say that "Auto-Focus" is very nasty and dark and prurient. But it's not, really it's not. How could it be when the style, the attitudes and the ideology are all from regular '60s network television? Unless you're going to decide that sort of thing was ... sick? "Auto-Focus" is a great departure for Schrader in that, in its icy, Day-Glo way it is a comedy, in which all the acid is ironic. So Bob Crane doesn't burn in hell (and Schrader has used hell before), he just goes serenely sour -- like creamy milk.