The senator's disenchantment with Operation TIPS could doom the controversial citizen-snoops' hot line. 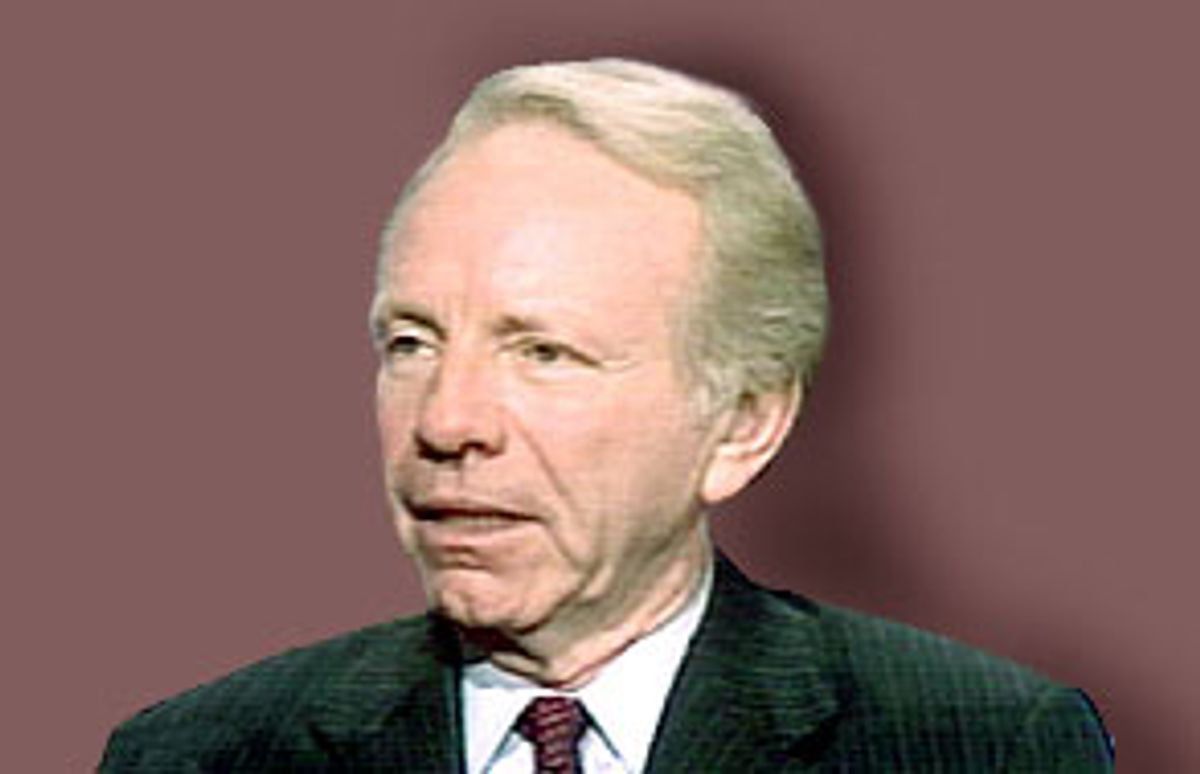 Lieberman, who chairs the powerful Senate Government Operations Committee, reportedly favored some limited version of the program, known as Operation TIPS (for "Terrorism Information and Prevention Service"), during the summer. But he has become increasingly disenchanted with the controversial program, according to several of his staffers.

"The more definition that has been given to the program by the Justice Department, the more skeptical the senator has become about the program," reports a Government Operations Committee staff member.

Lieberman blocked an effort last month -- a measure by Sen. Patrick Leahy, D-Vt. -- to bar TIPS from the Senate version of the Homeland Security bill. Leahy subsequently vowed to bring his measure to the Senate floor as an amendment when that body considered the bill. Now, as the Senate has started debating it, Lieberman is said to be "working with" Leahy on the wording of such an amendment to be introduced next week.

Leahy is hoping to win Senate approval of an amendment that would conform with a measure attached to the House version of the Homeland Security bill. The House measure -- attached in July by House majority leader Dick Armey, R-Texas -- would kill TIPS outright. It states: "Any and all activities of the federal government to implement the proposed component program of the Citizen Corps known as Operation TIPS are hereby prohibited."

A Leahy spokesperson said the wording of his proposed amendment had not been determined yet, "but he's hoping to have something that would mirror the House version."

Criticism of the TIPS program in recent weeks has come from both the left and the right side of the political spectrum. Concerns about the program included the fear that it would overwhelm the FBI with frivolous tips about allegedly "suspicious activity," that it would lead to massive and unregulated file gathering on ordinary citizens, and that it would lead to people like delivery men conducting warrantless and unannounced searches of people's homes.

Salon first reported last month that the Justice Department -- which had already begun recruiting TIPS volunteer citizen spies in June -- was referring callers with tips about suspicious activity to Fox-TV's "America's Most Wanted" crime-stopper show. Since then, the department started making arrangements to have the whole phone-based reporting system farmed out to a private company, the National White Collar Crime Center.

Critics at the liberal American Civil Liberties Union and the conservative Rutherford Institute worried that, by having a private company collect the information gathered by citizen TIPSters, the Justice Department was seeking to avoid the constraints of the Freedom of Information and Privacy Act, and of Justice Department rules that require agents to minimize threats to First Amendment freedoms.

Lieberman's shift on TIPS may reflect a growing sense in Congress that the American public is becoming concerned about the Justice Department's many encroachments on civil liberties in the name of combating terrorism. Since last September, the department has been authorizing the indefinite detention of American citizens without charge, the secret deportation of immigrants, the barring of access to an attorney for arrested suspects, and the monitoring of conversations between defendants and their attorneys.

As Rachel King, a congressional lobbyist with the ACLU, explains, "I don't think anyone likes TIPS. It's not just liberals who don't like it."

Still, while it is clearly in trouble, Ashcroft's TIPS program is not dead.

King notes that Leahy's amendment still has no Republican sponsor. "If it goes to a vote with only Democratic sponsors, it could still lose," she says, "even if Sen. Lieberman is no longer opposing it." Leahy's office notes that several Republican senators were critical of TIPS during a hearing with Ashcroft earlier this year and predicts that there will eventually be co-sponsors from the Republican side of the aisle. Another possibility, King suggested, is that all the amendments to the Senate Homeland Security bill could be voted on as a package.

If the Leahy amendment were passed in some form that differed from the House version, it would go to a House-Senate conference, where the measures would have to be reconciled.

A spokesman for Armey says the influential House Ways and Means chairman is committed to seeing TIPS killed. "We have the support of the full House on this," he says, "and we're going to fight on that in conference, regardless of what the Senate does."

While Lieberman was still talking favorably about Ashcroft's revised and more limited TIPS program, the chance that the program could slip through Congress in some form was fairly great. Now that the Senate is considering its own ban, and with Lieberman no longer a TIPS supporter, Armey would likely get his way in conference, even if the Senate bill ultimately does not include the Leahy amendment.

Meanwhile, Senate debate over the Homeland Security bill is focused on a more arcane issue: whether the proposed Homeland Security Act should exempt the new department from civil service and union rules, giving the president a free hand in hiring and firing. The president has vowed to veto the entire bill unless he gets his way on the staffing waiver.