Yet another victory for the entertainment industry in its showdown with Silicon Valley: The firing of Sonicblue CEO Ken Potashner. 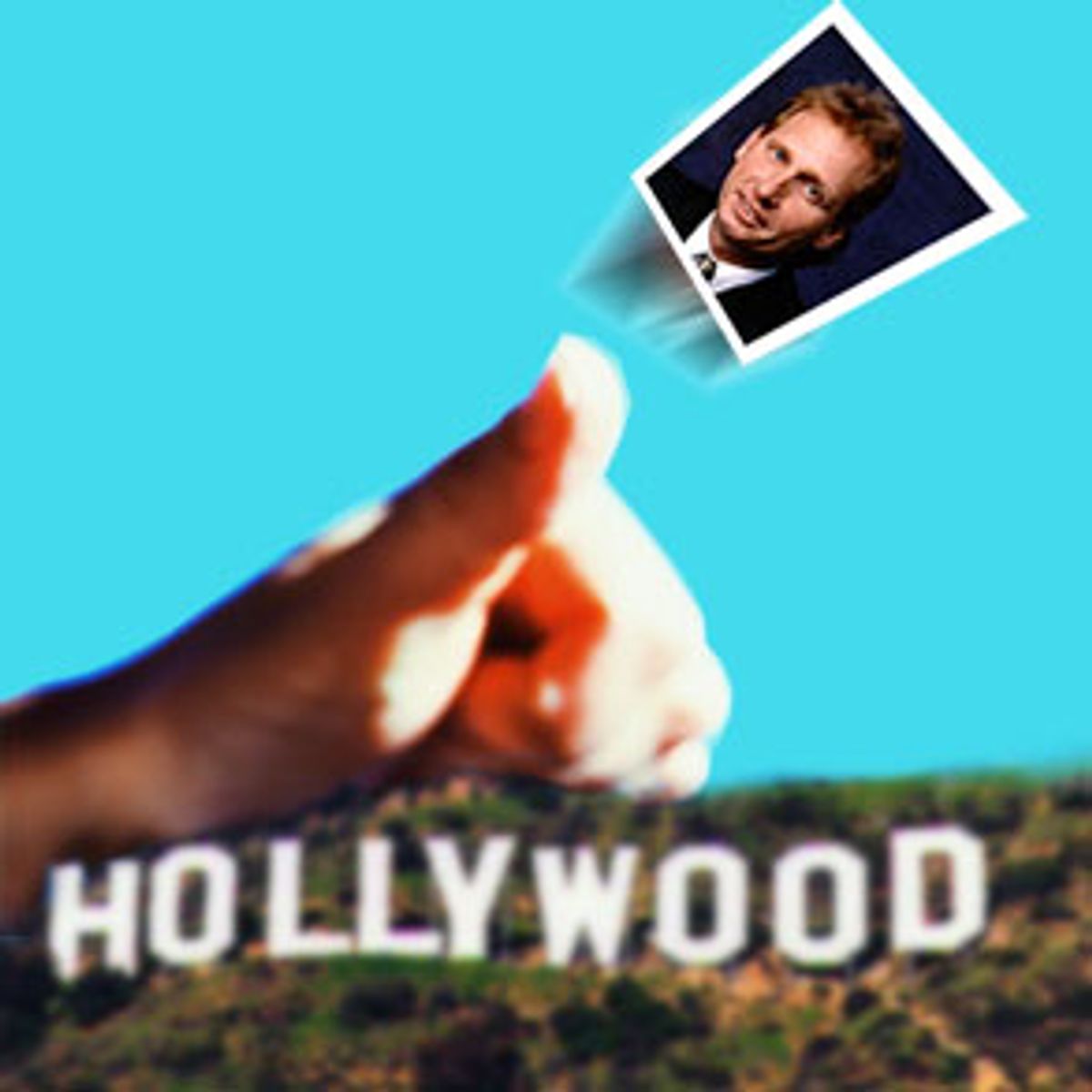 In August, the board of directors of Sonicblue fired CEO Ken Potashner after he publicly accused three board members of taking improper loans from company coffers. Sonicblue is best known for the controversial ReplayTV personal video recorder, and Potashner's exit was a fittingly contentious and melodramatic end to his tenure.

Since assuming leadership in 1998, Potashner had managed to embroil his company in noisy legal battles with investors, employees, competitors, the government of Taiwan, the recording industry, and 29 film and broadcasting companies. "Antagonistic lawsuits are a head rush," Potashner said only weeks before he was sacked. "People think that if Hollywood is coming out this aggressively against us, we must have products they want to buy."

After his ouster Sonicblue promptly issued a statement denying Potashner's claim of accounting improprieties and moved on, replacing him with L. Greg Ballard, Sonicblue's executive vice president of marketing and a far more conciliatory kind of guy. "The difference between Ken and me is that I would prefer not to have 29 media companies suing us right now," Ballard says. "Ken thrived on it. My judgment is that we're better off without it."

In the Enronesque microdrama surrounding Potashner's departure, it's been easy to overlook what this abrupt change in leadership means, not only to Sonicblue but also to the future of the digital electronics industry. In the increasingly rancorous dispute between Silicon Valley and Hollywood over how digital media should evolve, Potashner believed in making products first and asking permission from Hollywood later. That perspective is increasingly rare in any startup that makes digital entertainment products, where companies fail not because their products are shoddy, but because they can't afford to defend their right to make them. Now one more Silicon Valley executive who didn't believe in kowtowing to the entertainment industry is gone.

For a small and struggling company (Nasdaq has warned Sonicblue that it will be de-listed in November if the stock price doesn't climb above a dollar, and the company has announced that it is going to lay off 100 employees), Sonicblue has had an outsized impact on the evolution of digital media devices. It was the first company to bring MP3 players to the U.S. market (through its subsidiary Diamond), after weathering a long and costly lawsuit with the recording industry. It was the first to market a portable device that played both store-bought and self-burned CDs. And it was the first, significantly, to allow customers of its ReplayTV personal video recorders to skip commercials instead of fast-forwarding through them, and to send recorded television programs over the Internet to others. Hollywood sued over those last two innovations, fearing a loss of advertising revenue and the widespread piracy of its copyright-protected programming. The suit is winding its way through the discovery phase and, unless it is settled, will come to trial late this year or early next.

Sonicblue managed to innovate so freely in large part because of its former leader's talent for ignoring legal risk. "I'd much rather be offering the right product with the risk of litigation than the wrong product with no risk," Potashner said last July. "We're wearing the hat of the consumer advocate. We're taking on the establishment. We're spending millions on lawsuits on behalf of the consumer. You should expect great products from us, you should expect growth, and you should expect us to be a company that's going to change the world."

Alas, changing the world gets harder in a down economy. While Sonicblue will not disclose how much it has spent to defend the simple right to sell a box that lets customers skip commercials without pushing a button, legal experts following the case estimate it's six figures a month and climbing. The costs are certainly far more than the revenues Sonicblue derives from selling ReplayTV boxes. It's a battle Sonicblue can ill afford: The company is faced with depressed forecasts for personal video recorders and investors who are increasingly impatient to see the company turn a profit.

Which might explain the new CEO's reluctance to develop products without regard for their potential to draw Hollywood's fire.

"I don't want to get sued every time we do something," Ballard says, without equivocation. "If I'm in a product meeting and I'm offered a choice of two features, one which will trigger a lawsuit, and one not, I'm inclined to choose the one that will not, even if our lawyers think we can win."

While Potashner liked to say that settling the ReplayTV lawsuit by removing the ad-skipping and Internet features was "not an option," Ballard is looking for a way to end the conflict. "I think I've signaled I'd rather not be sued," he says. "I'm going to be exploring ways we can move this thing along. I'm going to think through what our options are. I'm not willing to make a commitment that we're not going to do something to settle."

That only sounds like smart business, of course. But it's also very sad. Maybe Potashner's reckless urge to make products on the edge of permissible copyright law was driving his company into the ground. Then again, if Sonicblue had been operating under Ballard's direction in 1998, you could still be waiting for an MP3 player today. If it had been operating under his conciliatory strategy a year ago, you would not now be able to buy a personal video recorder with an Internet connection on its back panel. Nor would you have the ability to skip commercials without fast-forwarding through them. And even if Ballard continues to press on with the current lawsuit, one can only guess what products won't be developed next year, or the year after that, now that he's steering clear of Sonicblue's former role as the company that tested the limits of copyright law and consumer rights.

All of which prompts the question: Why do technology companies continue to rely on Lone Ranger tactics from industry mavericks like Potashner, while Hollywood moves in lock step to protect its interests? It's a losing strategy, one that pits a company that needed to raise $60 million in convertible debt to stay afloat last spring against the resources of a united $100 billion entertainment industry. It's not just Sonicblue that loses; all of its competitors do, as well -- after all, every battle Sonicblue won allowed its rivals to offer the same products.

"Sonicblue pushes the envelope, introducing new features all the time that are seen as very controversial in Tinseltown," says Sean Badding, vice president of business development for the Carmel Group, which follows the personal video recorder market. "If they win, the whole [personal video recorder] industry wins. If they lose, it's going to hinder other companies from innovating, too. It may not affect the growth of the overall market, but it will affect what customers are offered in terms of technology choices."

"This lawsuit has far broader implications than just how we're going to watch TV," says Fred Von Lohmann, attorney for the Electronic Frontier Foundation, a digital rights advocacy group that has vowed to continue the legal battle even if Sonicblue folds its hand. "Are we going to let copyright policy become technology policy? Are we going to let a $100 billion industry dominate a several-trillion-dollar industry? If so, then engineering decisions are going to be made by Hollywood, because technology companies are going to need to worry about some Disney lawyer down the road saying, 'You should have done that differently, so now you need to pay.'"