The Liars' debut is a dirty, disorderly dance-punk record crammed with ear splitting vocals and throbbing bass lines. Listen in. 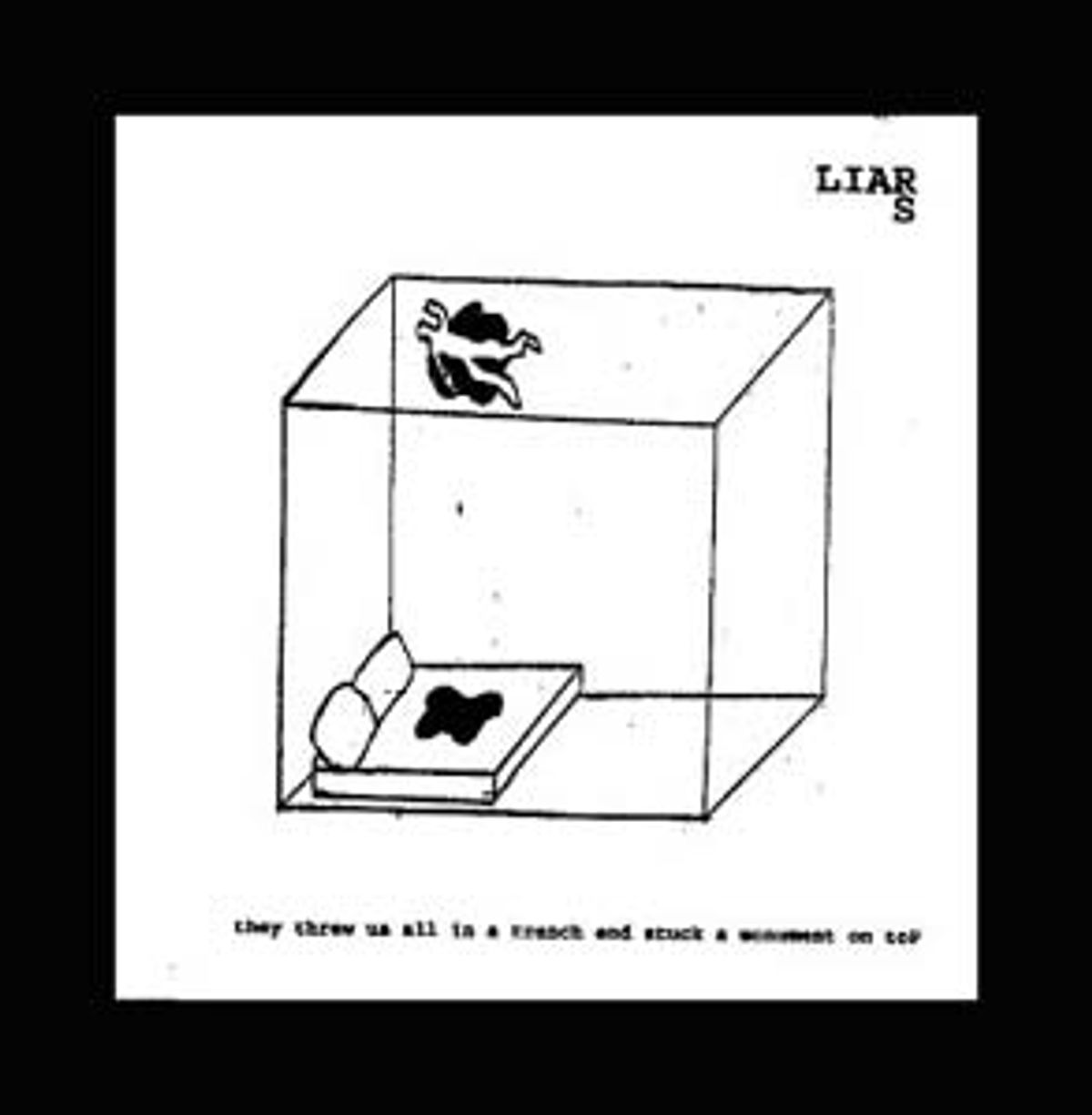 Brooklyn-based Liars play the kind of genre-bending fusion of punk and ska that listeners might associate with the sounds of Ian MacKaye and Fugazi. While less politically minded, the Liars do maintain a similar sense of earnest aggression, and they boast a mix of playful irony and funky beats to boot.

With "They Threw Us ..." the Liars channel their high-energy live performances -- which threaten to come unhinged at any moment -- into their first full-length album. Frontman Angus Andrew's histrionics and ear-splitting vocals catalyze this chaotic blend of drum machines, caustic guitars and persistent, throbbing bass lines. "Loose Nuts on the Veladrome," which has the destructive capacity of early Jesus Lizard recordings, goes from rhythmic progression to complete structural meltdown and back several times over, held together only by Andrew's shouts and howls.

The album ends with the 30-minute "This Dust Makes the Mud," which appears to be a filler rather than the band's attempt at artsy instrumental experimentation in the vein of Godspeed You Black Emperor. Apart from this half-hour divergence, the Liars' debut is a solid, dirty, disorderly dance-punk record.