Samantha Morton comes to life in a deeply introspective film suffused with intimate naturalism. Plus she lounges around in her underwear. 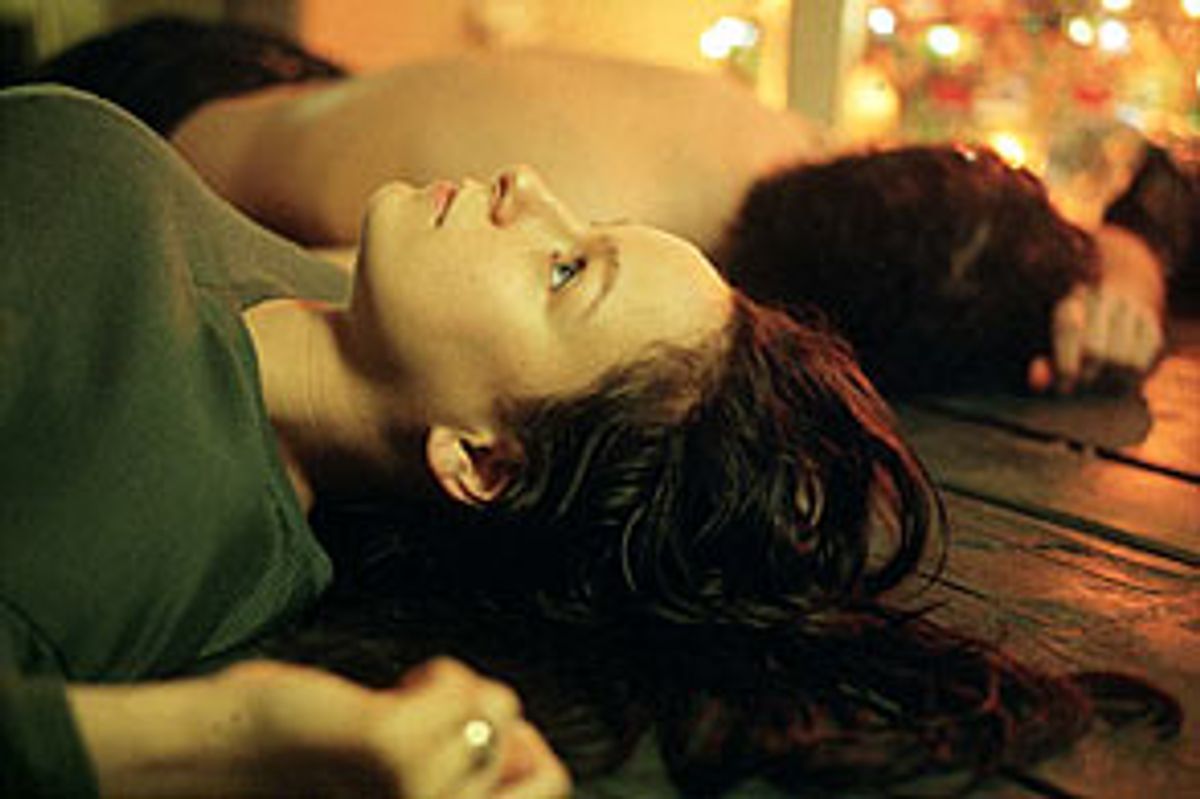 What is a Morvern Callar? A shy water bird sometimes seen (or only heard) in the Scottish isles? Some kind of intrusive fundraiser on your phone system? Or the soothsayer in a new quietist religion that is drifting through south London?

None of the above: Morvern Callar is a young woman who lives and works as a supermarket shelf-stacker in some dismal Scottish town. She's also the leading character in the new film by Lynne Ramsay ("Ratcatcher"), which, strangely, was not chosen for the New York Film Festival, but which I want to recommend.

Ms. Callar seems to wake up one morning to find her lover dead. We never learn why he's killed himself, and Morvern isn't unduly involved in that matter. It's odd, too, that the young man has no friends or relatives who call in, wondering what's become of him or the novel he was writing. But the novel is there on his word processor, the very place where a farewell note to Morvern urges her to send the book to publishers. She does so -- but only after deleting his and putting her own name on the title page.

But the young man leaves a bit of money, too, enough for her to take a holiday in Spain with her girlfriend, Lanna. She has a hotel fling there with a young man, she deepens her rapport with Lanna, and she seems aroused by the heat and mystery of Spain. There's a feeling of the world opening. But she is also sought out by two London publishers who offer her 100,000 pounds for "her" novel. She goes back to Scotland and then sets out for London.

A lot of things don't happen. Neither she nor we get any sense of what the novel is like. She never reads it, let alone attempts to stretch herself into the role of being its author. And she never comes close to being found out. What happens to the body of the young man, you may ask? Well, Morvern cuts him up in bits and pieces and buries them in the wild Highland hills, unobserved. That this story situation is so fanciful, or dream-like, is undercut by the intimate naturalism of the filming, by the way Morvern so often lounges around naked or in her underwear, and by the vacant radiance of Samantha Morton in the central role.

Now if you add the story evasions (or gaps) to the extensive nudity, you might suspect that this is an independent movie short on ideas, except for those about getting made. Not so. This is actually a deeply felt story about a young person coming to life (despite the trigger of death), and it's about feelings, or a kind of spirituality, that transcend narrative details. That said, I don't think it would have a chance of holding the screen were it not for Ms. Morton. She played the pre-cog Agatha, in "Minority Report," and she has the potential to be a very considerable actress, no matter that she is hardly pretty in a conventional sense, let alone glamorous. There are times with this movie when the gap between Ms. Morton and the regular concept of "movie star" leaves the picture like a kind of reflective diary or a communion between Morvern and her inner thoughts.

Except that that's not quite right, either, for there are moments when she is ravishing in a film that seems to offer that kind of beauty (as much inner as outer) as the adventure or the test of maturity toward which Morvern Callar is tending. There could easily be another film growing out of this situation (it comes from a novel by Alan Warner), one that could reach as far as London, and end in wild comedy or grave tragedy. Morvern Callar might become a better novelist than her boyfriend. She might be exposed as a fraud. But for the moment of this intriguing, very sensual, truly introspective film, she is on the cusp, wondering how far she can carry the experiment with self. Samantha Morton may mean more to us one day than Lynne Ramsay; still, "Morvern Callar" is a fascinating picture and I look forward to seeing it open in American theaters.